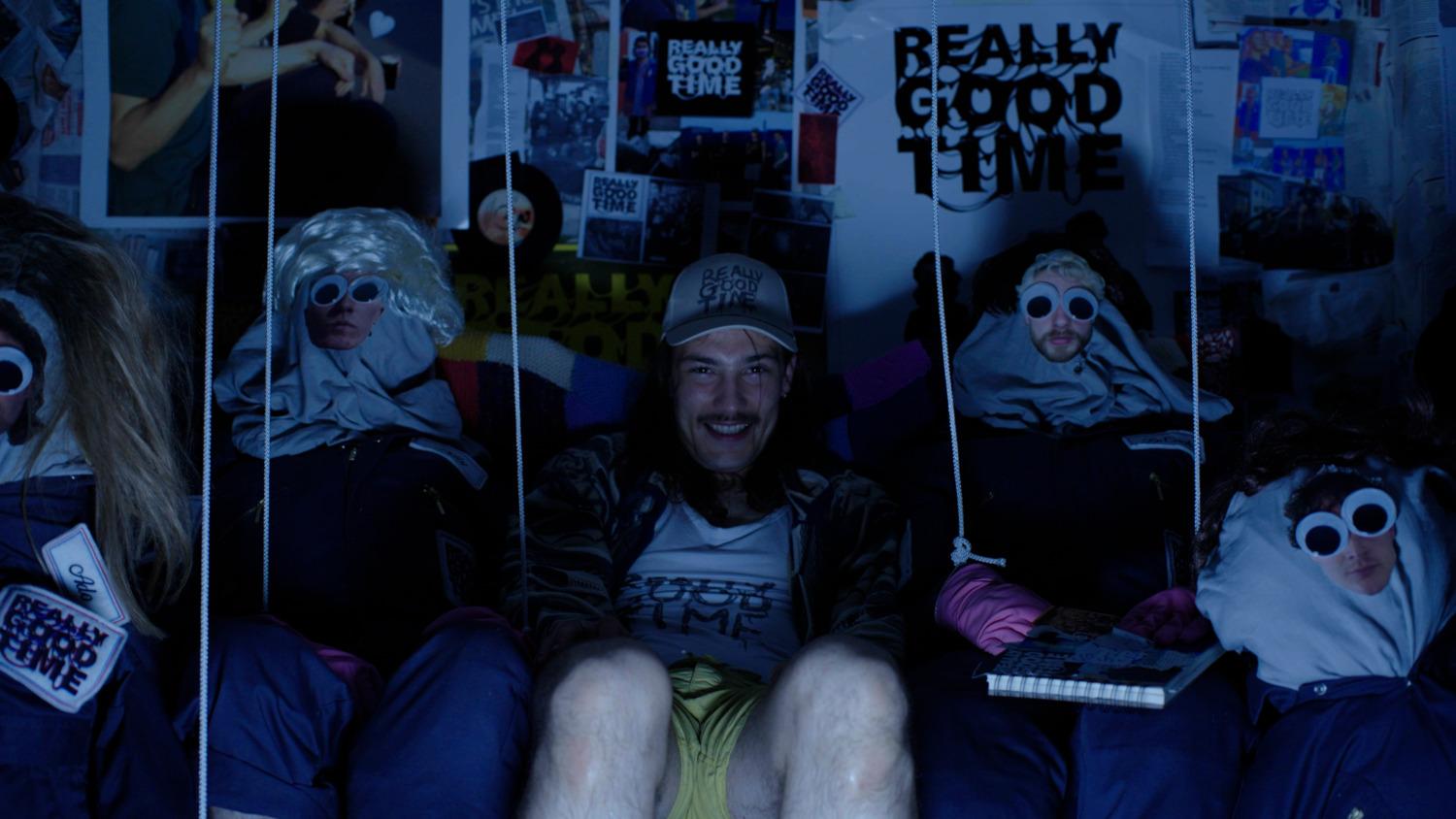 
Really Good Time is a new band featuring members of Beach / Fat Pablo and Wastefellow who we featured one of their first two tracks, ‘Best Medicine’ last year, a post-punk and art-rock single.

For the video, directed by Conor Donoghue, the band have taken a turn into the surreal with Jim Barry playing the band’s superfan and it all goes a bit like that episode of Alan Partridge where Jed brings him back to his house. All Jim wants is to be the band’s maracas player and he puts in the groundwork watching their VHS tapes.

The band are playing The Grand Social on April 8th.

Really Good Time are off on a tour of the U.K. in March.