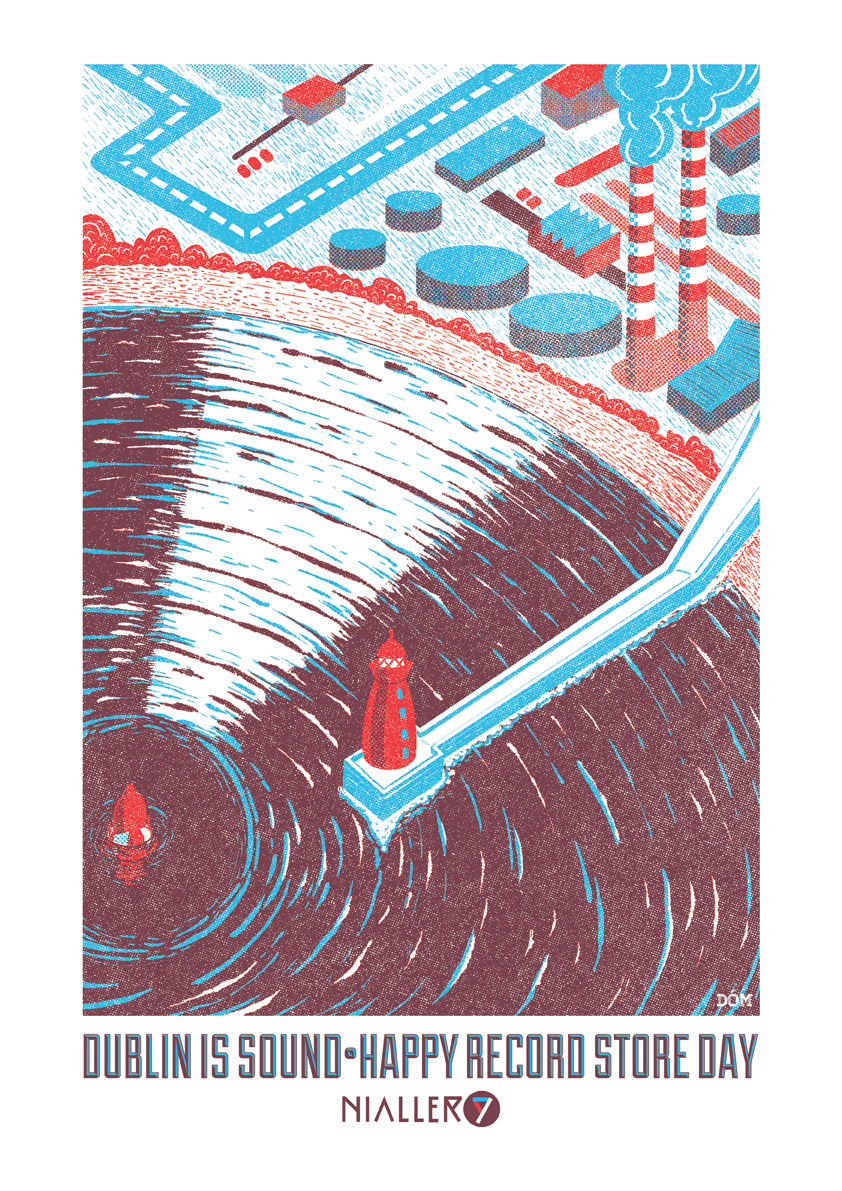 Perhaps that’s a combination of experience (ask yourself, of all of the RSD releases you’ve bought, how many do you actually cherish?) and the bad press that’s come from vinyl pressing plants which are full to capacity with novelty releases – does anyone actually want Space’s Spiders on vinyl in the 21st century?

Here’s a full list of records stores participating in Ireland and the list of special releases available worldwide in limited quantities.

However, I say just visit your local record shops and hang out, talk to people there and buy something – it doesn’t have to be some exclusive overpriced picture disc, just an album or release you’ve always wanted to own. And then do it again, next month and the month after that. That’s its own reward and more sustainable than a bunch of limited releases.

Here are the special Record Store events and things taking place on the day throughout Ireland. It’ll be updated as more stores announce their day details or as I find them.

A lot of Record Store Day releases promised from 8am.
A Vinyl Sale to coincide with RSD.
Live music from  September Girls, Fangclub, Wolff (AKA Johnny Stewart) , Black Bank Folk, The Young Folk and Bantum @ Dawson Street
TXFM broadcasting from 7am -11am @ Dawson Street

Me and My Dog, Oh Boland, Paddy Hanna, Tandem Felix

DJ sets from those in the know and perhaps, an international guest – no promises, this is just me going off previous years.

Unrelated to RSD, but HMV are hosting a Record Fest.

To celebrate Plugd Records and Gulpd Café’s fifth year in the Triskel Arts Centre Plugd will be hosting a day and night of events across the building.
Daytime: ‘Vinyl Love’ curated by Stevie G in Plugd Records.

A gig in the TDC featuring The Bonk launching their first single ‘Ancestor’ with support from Barchester Chronicles, Laurie Shaw and Roslyn Steer.

Stevie G and guest DJ’s in Gulpd Cafe from 9PM til late.

A visit to Mazz O’Flaherty’s shop is always worth it.
20% off all stock.

RSD releases. TBC.
“And don’t forget Record Store Day is not just about overpriced,limited edition reissues that nobody wanted in the first place.There’s also a load of crap reduced up the back we can’t give away so maybe get some of that.” Facebook.

Sligo-based music collective Turn It On present an afternoon of live vinyl DJs in-store at Liber from 12-3PM. With special guest Donal Dineen.