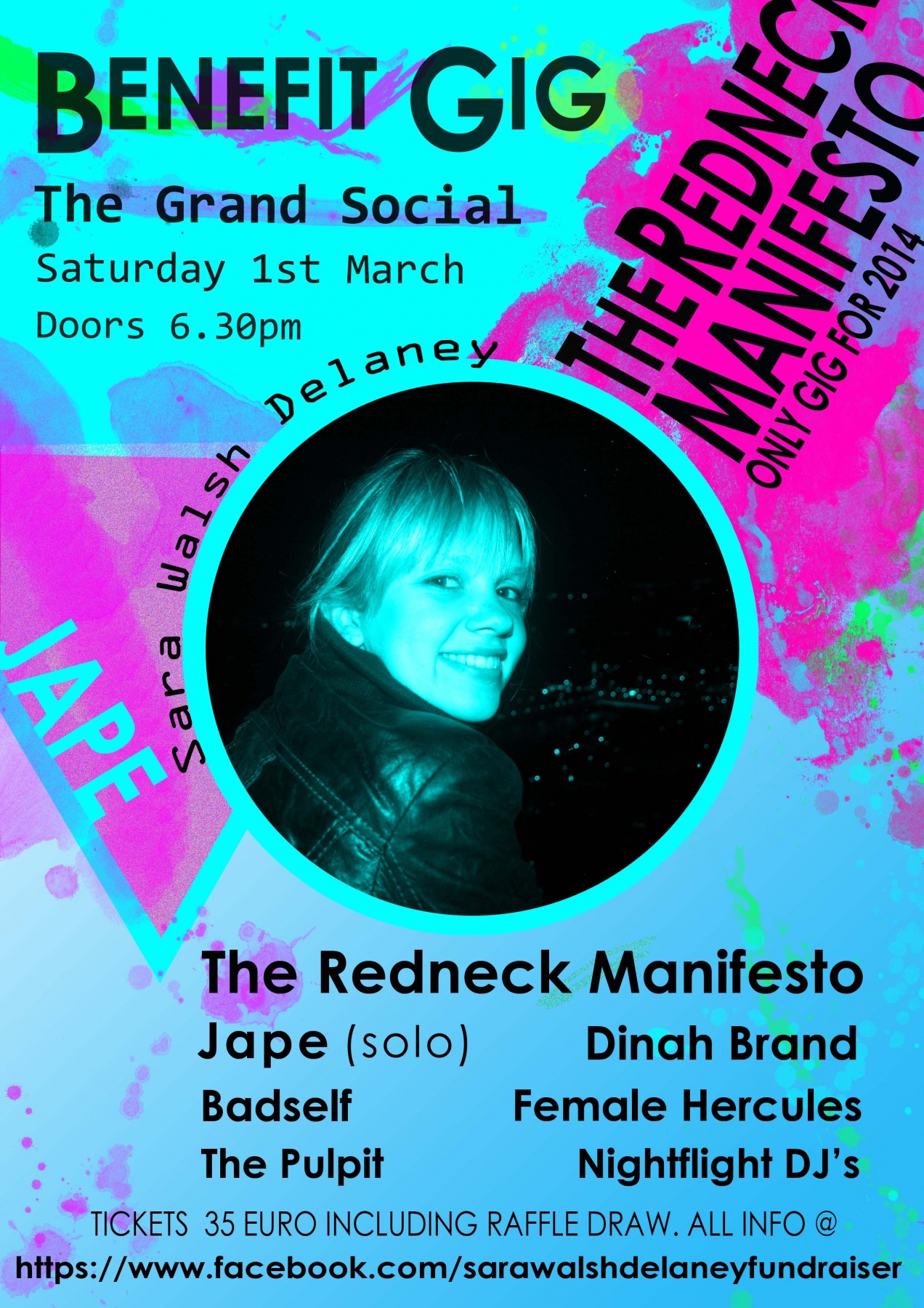 The Redneck Manifesto are lined up to play a fundraiser for Sara Walsh Delaney, who was diagnosed with a brain tumour in 2011 at the age of 28 after being married to her husband Ben for just four months.

Ben says:
“A biopsy had to be performed to determine what type of tumour she had and what treatment she would need. A massive brain haemorrhage occurred during the biopsy procedure and Sara had to be put into an induced coma. Sara spent over 2 years in Beaumont Hospital. She has had numerous setbacks including 4 stints in ICU. Her tumour was benign and was successfully treated with radiation therapy. As she has been inactive for such a long period she will need a massive amount of rehabilitation for both her mental and physical condition. All consultants and medical staff dealing with Sara feel she has good potential once she gets the right interventions.

On the 14th of January Sara was finally transferred to the NRH in Dun Laoghaire. She will spend approximately 3 months there receiving specialist rehab. Unfortunately, there is no clear option in Ireland for Sara after this time other than return back to Beaumont Hospital. We can’t and won’t let this happen.

This gig is to raise funds to help send Sara to the UK to continue her rehabilitation program. To put things in perspective, it costs approximately €150,000 for 3 months of specialist rehab. We are hoping to raise 10% of this figure.”

So with that in mind, a gig on March 1st will take place with a full lineup of The Redneck Manifesto, Jape (solo), Dinah Brand, Badself, The Pulpit, Female Hercules and Nightflight DJs playing The Grand Social to raise funds.

Tickets are €35 and there’ll be a raffle on the night including hampers and restaurant dinners to be won too. You can get tickets from Elastic Witch and The Grand Social (ask behind the bar). Event page

San Fermin for Whelan’s show, win tickets before they go on sale