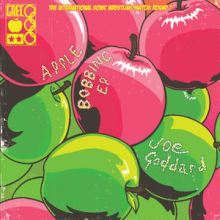 A selection of random yet quality-assured remixes that have passed through my inbox in the last few weeks that you might like featuring Joe Goddard, Four Tet, Delorentos, Wolf Gang, Gaggle, Totally Enormous Extinct Dinosaurs, The Field, Gold Panda, Brassica, Chromeo and St. Etienne.

Starfucker are now known as Pyramiddd and they are in the UK from tonight for their first European dates. This is a B-side to forthcoming single Medicine – taken from the band’s Jupiter EP. They’re active on the Twitter too.

The Boners weren’t the only band to remix S.E.C.R.E.T. by Delorentos, as The Expert from MJEX also put his own spin on it recently.

Two remixes here of Wolf Gang’s tune ‘The King and All his Men’ by Totally Enormous Extinct Dinosaurs and the riot-choir Gaggle which I featured last week.

MP3: Wolf Gang – The King and All his Men (Gaggle remix)

The Field will release Yesterday and Today Remixe through Kompakt on 12″ and Digital EP on the 7th of December. Three remixes by Rainbow Arabia, Gold Panda and Walls feature. Here’s Gold Panda’s blissed-out version of the awesomely-titled ‘I Have The Moon, You Have The Internet’.

MP3: The Field – I Have The Moon, You Have The Internet (Gold Panda remix)

Taken from 20 Jazz Funk Greats’ first release as a label under the name Hungry for Power, comes this odd and unnerving Brassica remix of Brighton band Cold Pumas’ ‘A Tempting Haunt’, a fitting name indeed for this Kraut-synth shitbeast. Buy the 12″ here.

German producer Siriusmo gives Chromeo’s Night By Night a serious makeover in the instrumentation department, introducing a bouncy synth which leads to a Gallic electro explosion.

And finally, a chill way to finish with the recently reformed St. Etienne taking shoegazy The Pains of Being Pure At Heart into melancholic Cafe Del Mar territory.

MP3: The Pains of Being Pure at Heart – Higher than the Stars (St. Etienne remix)