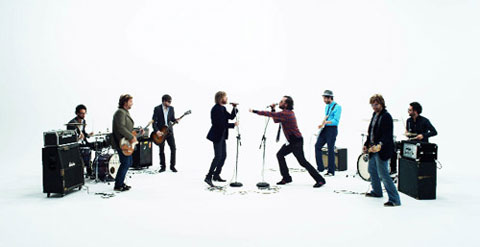 I’m giddy like a Japanese schoolgirl about the imminent return of Broken Social Scene. A new as yet untitled album is due on May 1st on City Slang / Co-Op and they’ll be playing SXSW next month which I hope to catch. I’ve fond memories of all their Dublin shows particularly the Temple Bar Music Centre gig in 2006 and their two albums You Forgot in In People and Broken Social Scene are amongst my favourite albums ever. ‘7/4 (Shoreline)’ is one of my favourite tunes ever too.