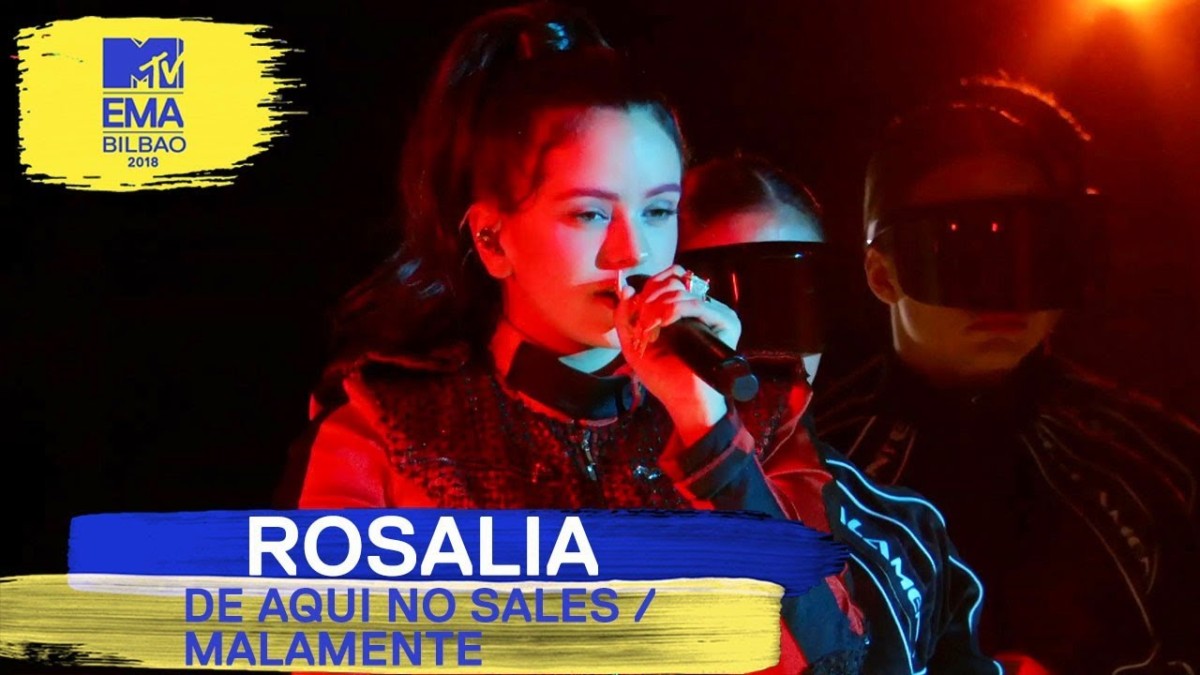 Sigrid is heading for the 3Arena next November

Two weeks ago, we introduced you to Rosalia whose flamenco modern R&B style has been making waves in her native Spain of late and starting to stretch beyond with brilliant videos and hype for her album El Mal Querer, which dropped on Friday worldwide.

Over the weekend, Rosalia further cemented her rep with a medley performance of two of the best tracks from the album ‘De Aqui No Sales’ and ‘Malamente’ at the MTV EMAs in Bilbao. It was a huge performance with an ensemble cast, leather biker gear (‘De Aqui No Sales’ prominently features a revving engine as its rhythm) and