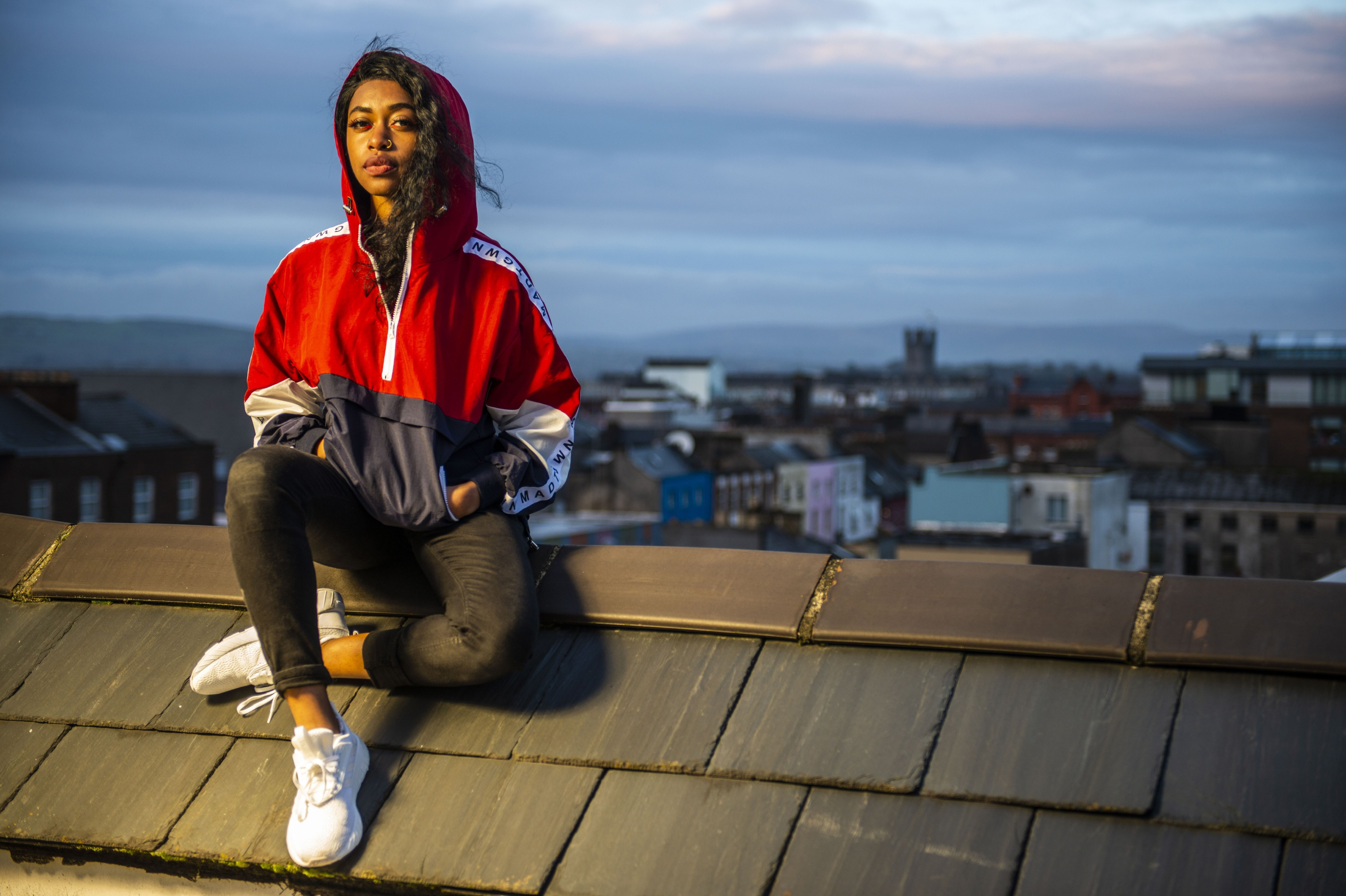 
Denise Chaila is a voice familiar to fans of the Limerick and Clare rap group Rusangano Family. The spoken word artist and rapper appears on the band’s second album Let The Dead Bury The Dead track ‘Isn’t Dinner Nice’ and has performed with the trio over the last couple of years.

We are delighted to hear that the Zambian-born Limerick-based Chalia is now on a solo run with a debut EP dropping tomorrow Friday called Duel Citizenship featuring two tracks – ‘Copper Bullet’ and ‘Duel Citizenship’ with both tracks produced by Rusangano’s Murli. The songs encapsulate Chalia’s themes of identity and belonging.

Premiering here is ‘Copper Bullet’, a bouncy rap track with Chalia speaking on Irish rap, being a ‘female rapper’ and flexing against it all with aplomb, sincerity and ultimately, her own unique identity.

‘Copper Bullet’ is a celebration of confidence, a personal anthem of joy after a long period of self doubt and stagnation. It’s a recommitment to myself and an outright rejection of anything and anybody that would make a sub-genre out of me.

“This song came from long conversations and reflections about what it means to be a ‘female rapper’. In the end, I’m not a detour or an honorary member of a boys club; either I’m good enough to be a part of this conversation or I’m not. I’m a woman, I rap. I wear what I am proudly, and I represent it loudly.”

Premiere: Hunting Hall has fun with food in video for ‘Helium’