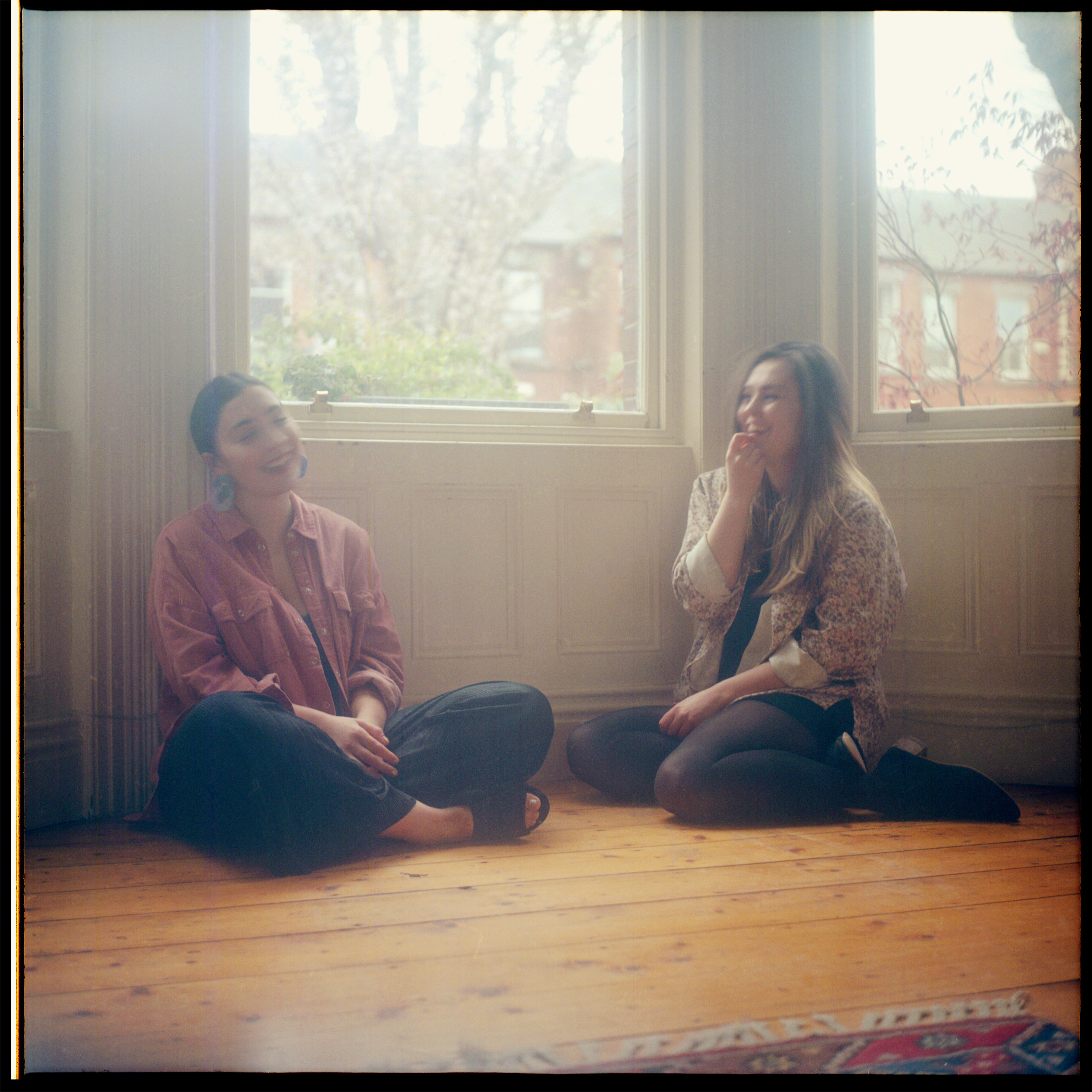 Gemma Doherty and Morgan MacIntyre aka Saint Sister have marked the announcement of an upcoming Irish tour featuring gigs in Dublin, Cork, Belfast, Kilkenny, Derry, Drogheda and London (full list below) with a new song called ‘Is It Too Early? (Kilmainham)’.

The song continues the band’s stretch into more textured arrangements that draw on folk and electronic sounds. The song has the melodic atmosphere of a lullaby which is quickly shattered by the building instruments that feel more claustrophobic than anything else – which is suitable as the song is about “social anxieties and homesickness.”

As the title suggests, the song was originally conceived in Kilmainham and developed on tour around the world in California and Sydney, an experience which informs the song via field recordings and subject matter. The track features production by Diffusion Lab, with the R&B and pop crew bringing a different flavour than their usual.

“On a very personal level it came from the homesickness and anxiety we were feeling on tour, all the while receiving messages from home wishing us well on our big adventure,” McIntyre says of the lyrics. “From that, I had the first line, ‘Hope you’re having fun, all American’. The reality, however, was the two of us in the back of a van not getting to explore the different places we passed through, coping with the stress of a hectic new routine, and learning how to support ourselves as much as each other”.

“I couldn’t shake the feeling that I was supposed to be having the time of my life but all I wanted to do was go home. On a broader level, it wasn’t a new feeling, it overlapped with the social anxiety I have at most parties. I know a lot of people share that feeling of being somewhere where you’re supposed to be having fun, surrounded by friends enjoying themselves, but you’re stuck inside your own head, wondering whether it’s ok to leave. If it’s too early to go home”.

“The final two lines come from a conversation I had with my mum, “Give my love to G, chased by my reply, ‘She takes care of me’. While the song is rooted in our individual loneliness, it ends with a nod to the support we give each other and I think there’s real hope in that.”

The song is added to our new music playlist on Spotify.