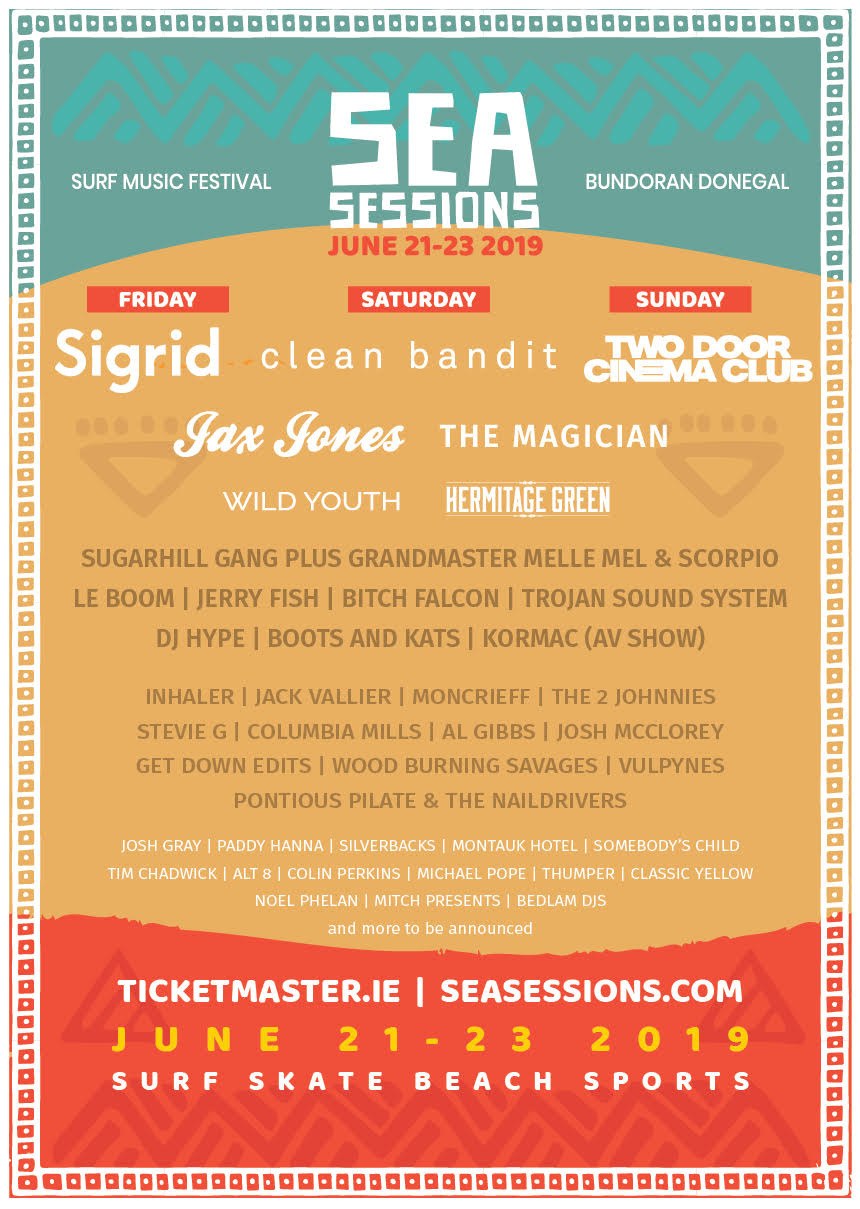 Sea Sessions Surf and Music Festival in Bundoran has announced a lot of its lineup to be added to the headliners of Sigrid, Clean Bandit and Two Door Cinema Club today.

Dizzee Rascal is the first artist announced for Sea Sessions