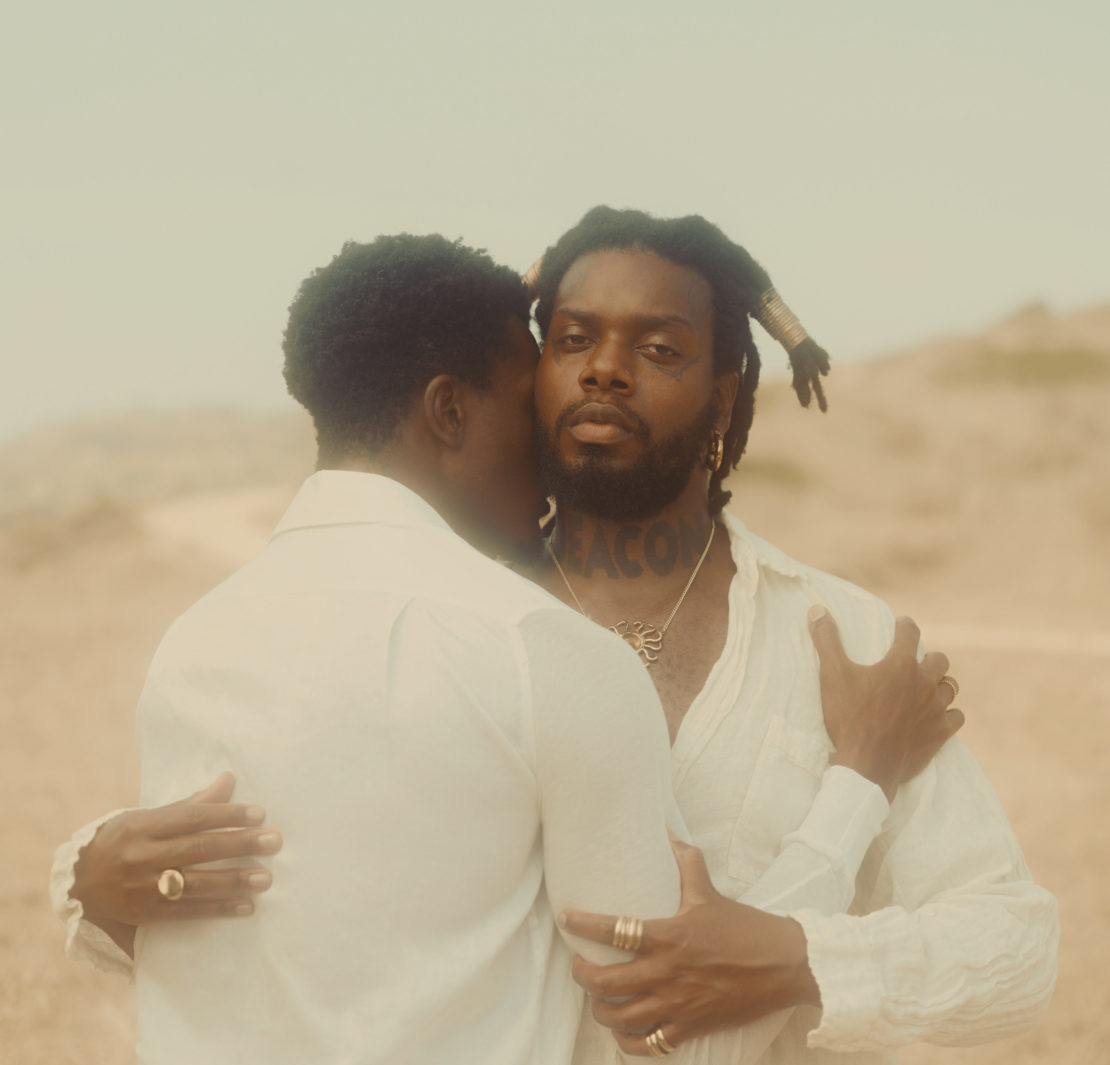 
The Baltimore-LA arist serpentwithfeet has announced a new full-length album DEACON will be released on Secretly Canadian on March 26th.

‘Fellowship’, the album’s lead single is a gentle ode to close friendship created with Sampha and Lil Silva. “I’m so thankful for my friends, my friends / I’m thankful for the love I share with my friends,” is at the centre of the song’s simple and direct message.

Here’s the words and tracklist that accompanied the announcement:

With DEACON, serpent is not only imagining but exploring a world wherein Black love is paramount. It’s a study rather than a story delving into Black, gay love and the tenderness present in the best companionships, romantic or otherwise. The follow-up to his debut album, soil, one of 2018’s most praised albums of the year, DEACON allows compassion to be the backbone of serpent’s art as he communes with his most loving self.

Fully self-actualized and more devoted than ever to personal fulfilment, DEACON highlights serpent’s growth as a songwriter, embracing straightforward approaches to expression. The album came together after serpent relocated to Los Angeles, a city that provided a sense of tranquility, an aspect he pushed to capture in his new music. While crafting the album, serpent made the deliberate decision to exclude songs about heartbreak. This was a bold act for R&B, a genre quite literally shaped by the harsh realities the blues provide. Spending time with pop songwriters and observing how they traverse language encouraged serpent to take more risks lyrically, resulting in more purity. “I originally approached this project wanting to make something that felt very sensuous. Something a lot softer, a lot more gentle than my previous work.”

serpent proudly follows in the tradition of R&B artists whose gifts were helmed in the Black church. Born to religious parents, serpentwithfeet has detailed his experiences growing up in church and leaning into the sensibilities of gospel music. He approached DEACON with an undeniable passion and reverence for the genre. The album’s title takes its name from the Christian office, a figure who helps maintain order within the church and himself. While DEACON is not quite about being in that role, “I wanted to create something that felt calm and restrained. This was my way of tapping into the energy many deacons possess,” adds serpent.

The project overall only hosts three features, Sampha, Lil Silva, and Nao, reminding listeners that serpentwithfeet is an artist who can, and will, stand alone when it is called for. He has become wholly confident in his gift and messaging, which is to be expected when one gives vent to maturity. In his love for love though, he doesn’t lean into common tropes. Instead they work in tandem, providing his audience with a look into the soul of a man who articulates his passion in a warmer, gentler way.