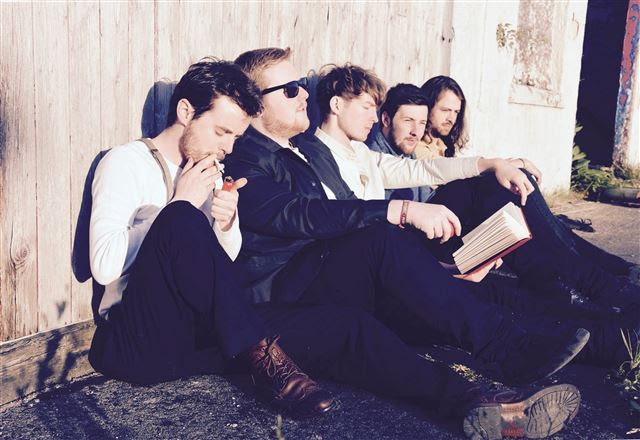 Armagh band Silences last caught my attention with the dynamic song ‘There’s A Wolf’ last March and ‘Before Ten’, earlier this year.

Since then, the band started by the singer-songwriter Conchúr White has solidified into a five-piece unit with Christopher Harbinson, Breándan White, Jonathan Downing and Michael Keyes.

‘Red Dress’, their latest single moves their sound on nicely.

“‘It’s about wanting things that aren’t necessarily good for you and I think we are all guilty of that in some form. The entire track is a three chord loop but it doesn’t feel repetitive. We were meticulous about finding the right sounds and I think that comes through.

The track was recorded at Big Space Studios in Newry with Declan Legge, who has also recorded SOAK, Ciaran Lavery, and Duke Special.

First Listen: Come On Live Long – In The Still