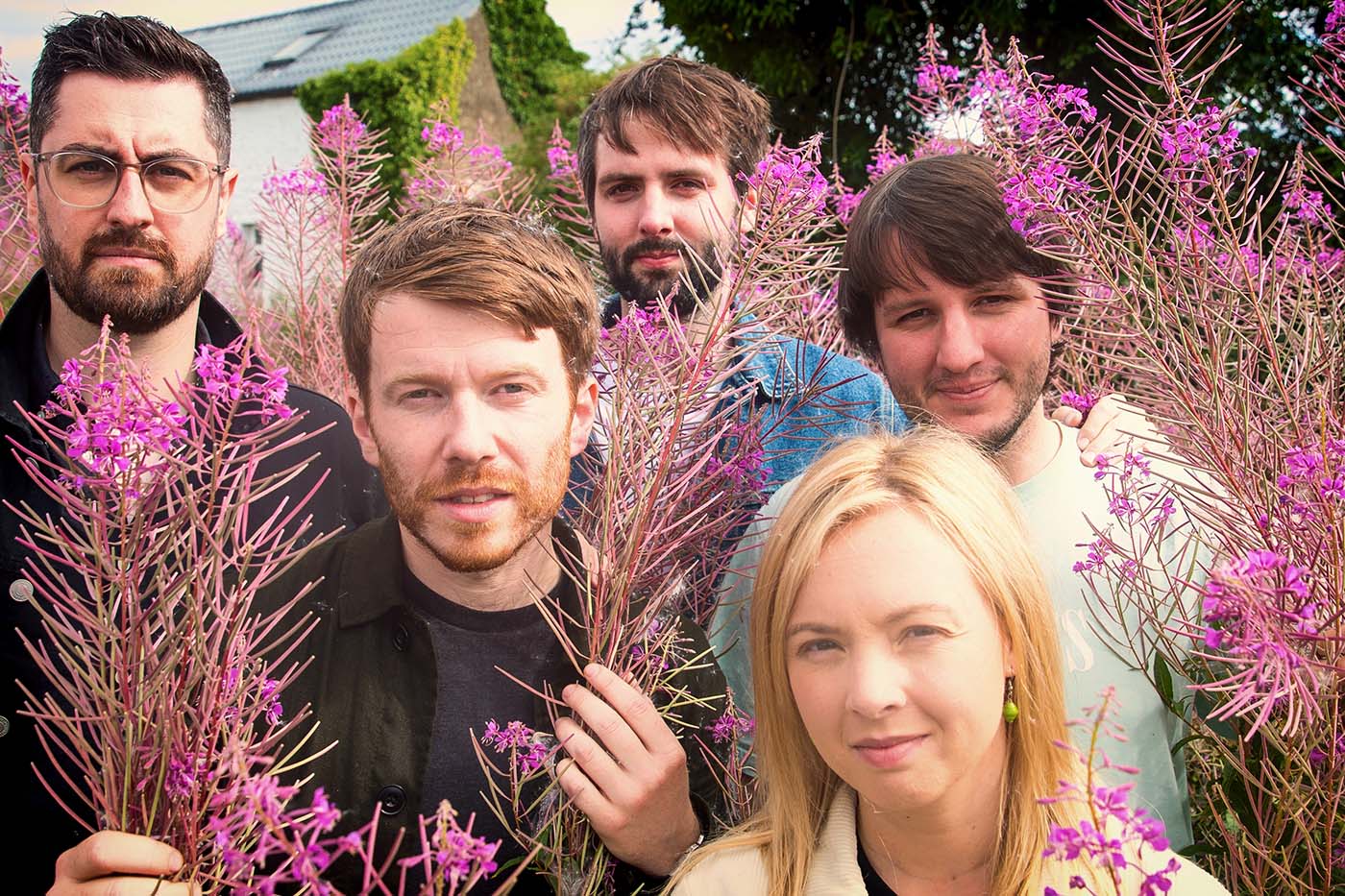 Irish art-rock band Silverbacks are gearing up for the release of their second album Archive Material on January 21st via Full Time Hobby.

For the band’s final single before the release and followup to the album Fad, Silverbacks have released ‘A Job Worth Something’, a song inspired by vocalist and guitarist Daniel O’Kelly’s sister’s job as a frontline worker, contrasted with O’Kelly’s own job as a copywriter.

“For most of the pandemic I lived with my sister who is a healthcare worker and was working in the designated Covid hospital in St James’ Dublin. Unfortunately, I was far less heroic, writing copy for a car insurance company.

This song is about feeling embarrassed about how different our lives were at this time. When it comes to telling my grandchildren what all this was like, I’ll be telling them about my sisters who have more important stories to share.”

The song was premiered by The Fader yesterday.

Pre-order it before release on January 21st here.

Archive Material only cements Silverbacks’ status as one of Ireland’s most fascinating bands. Recorded at Dublin’s Sonic Studios in November 2020, with Daniel Fox undertaking production duties once more, it finds the band leaning into their early influences, delivering idiosyncratic indie-rock packed with intricate, Tom Verlaine-esque “guitarmony”. Other reference points for the record included Neil Young, Weyes Blood and – on ‘Wear My Medals’ in particular – Bradford Cox and Cate Le Bon’s collaborative record Myths 004.

Where Fad found Silverbacks focused on recapturing the live experience rather than reveling in studio experimentation, Archive Material skillfully traverses the line between the two. As a unit, they replicate that irrepressible live energy via complex arrangements incorporating everything from wistful Rhodes (‘Carshade’) to congas and Gang Of Four-style bass (‘Different Kind Of Holiday’).

Thematically, the record is every bit as rich, displaying an anthropological approach as exemplified by the album’s artwork. The initial premise for ‘They Were Never Our People’ came from a YouTube comment, portraying the decline of a town that has lost its footfall as the result of a bypass. Meanwhile, ‘Central Tones’ is an empathetic character study of someone seemingly content to trade off former glories, but secretly deeply unhappy.

On several songs, the pandemic functions as a particularly effective prism through which to examine ideas of community. ‘A Job Worth Something’ finds Daniel reflecting on his real-life experiences working in insurance while his sister treated patients on a COVID ward, and the feelings of futility and guilt he felt at the time. ‘Different Kind Of Holiday’ was inspired by the ways in which previously uncommunicative neighbours bonded with each other during periods of enforced confinement. Throughout, his observations arrived drenched in the same surreal strain of gallow’s humour that many of us were forced to adopt to lighten the toughest moments of the lockdown.

Daniel explains, “I can’t remember who it was, but I saw a musician who said that they’d be keeping away from writing anything about the pandemic, because who wants to hear about that? But I’d much rather hear about an event via someone who actually lived through it, rather than someone writing about it retrospectively.”

Keenly observed and vividly rendered, Archive Material is an eye-witness account of human resilience as much as it is a compelling indie-rock record. Future historians take note.