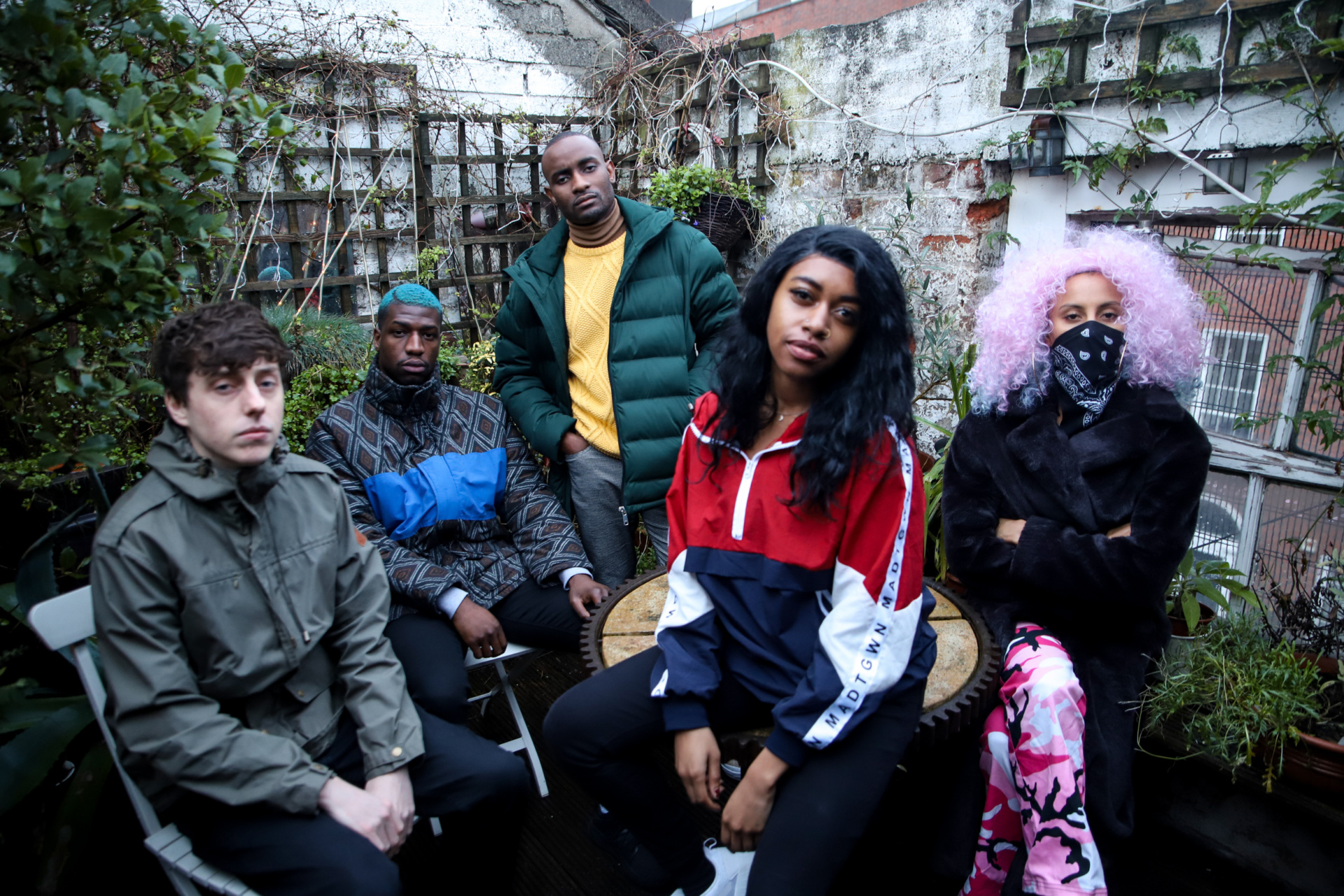 That Sim Simma started as a weekly club night focusing on the wide-range of music termed as dancehall, reggae, grime and of Caribbean, Latin and African origin helped the Dublin-based music collective stand out in a urban club terrain majorly in thrall to house and techno. Yet, what helped them develop beyond a weekly gathering, has been at the backbone since they started in 2014, an emphasis on community.

After the organisers cut their teeth with parties like Junior Spesh, Manma Saor, Toejam and Not Saying Boo, Sim Simma’s “social club night” incorporated reggae yoga and dance classes; experiential activities that placed an emphasis on social relaxation and offered a way in to the eclectic music they loved for those who were unfamiliar or unaccustomed to it.

So when they collective launched a record label and live show under the Sim Simma Soundsystem umbrella earlier this year, it made logical sense that a passionate group of DJs and music lovers had made the next step beyond the turntables. After all, some of the various members of the collective were already making music in various guises over the years.

“There were a lot of labels that we we’re looking up to at the time, that that started as parties in Manchester or London and we were looking at them and thinking ‘we could do that,'” explains Sim Simma’s Tadhg Byrne.

What wasn’t available immediately obvious to Sim Simma when they started was were the rappers, MCs and singers who were interested in taking Irish rap beyond its relatively narrow limits were, even four short years ago.

“We started trying to get the suss on who would be doing something that would be a more a global dancehall style than too much of a singularly-focus Irish rap community thing. Who would be versatile enough? We didn’t push it when it wasn’t there. We waited and waited.”

That time has since come, with the explosion of new voices in the Irish rap scene, who were versed, comfortable and versatile enough to jump on an afrobeat beat or a dancehall track as well as recognised rap styles.

“I think more people started to get a bit braver or open, creative and collaborative in the last year or two,” Byrne says.

“We became friends with the likes of God Knows [of Rusangano Family] and Denise Chaila [an-associated Limerick spoken word / rapper ] so when they were in Dublin, they came to the studio and we’d spend the day and we didn’t have any great intention to follow a formulated path of what we’re going to do.

“Then some of the other guys like Breezy [iDeyGoke], who is based in Liverpool at the moment, was working with Frankie [Grimes aka Semi D] on something separate so we thought we could put some of these songs together as a package, showcasing a bunch of different people that we work on stuff with.”

The first package of all this collective energy is Pass The Aux Cord, the debut EP on the Sim Simma Soundsystem label, a release that encapsulates and chronicles an exciting snapshot of possibilities for Irish-based globally-rooted music with five memorable and contrasting tunes featuring God Knows, Chalia, Chilli Cherry and Breezy Ideygoke with producers Semi D and Ben Bix.

Pass The Aux Cord is only the first taster of what the collective are about on record, and they’ve taken that bottled energy and applied to a live show that features DJs, MCs and dancers at festival shows, like this weekend’s Body & Soul Festival. It is the beginning of their output.

“As the label grows, we’re gonna try to put individual spotlights on the different people we work with. We’ll do that in tandem with the soundsystem live show which can be a mixture, at the moment, of usually 4 MCs, DJs and dance crews. We’re jam-packing things on one stage where we can. It looks like we’ll have 6 DJs for Body & Soul taking turns for 2 hours. It’ll get pretty rambunctious.”

There is power in numbers and with increased visibility for the kind of music Sim Simma Soundsystem are interested in, Byrne reckons they’ve found new and younger audiences interested and knowledgeable about music that was once considered a curio.

“When we started out, it was harder to find this kind of music played out in Dublin. And now, I see a lot of new clubs or even bar areas where people are playing sounds that I wouldn’t have expected and it feels there are younger crews reacting to what happened ten years ago and who are listening and clued in a bit more,” Byrne explains.

“It’s cool because I don’t even know them personally but that’s the best thing when you see some clubs, and you’re like ‘who are these guys?’ and they’re playing all this great music. People like Bubblegum, who are playing out some really eclectic music from sublabels and represses – just wild, mad stuff.”

That change is also reflected outside the Pale too, where the likes of dub and reggae and soundsystem culture in Galway and Cork, for example, has long had outlets. The difference now, is younger artists and performers are getting involved and bringing in fresh influences and sounds.

“Outside of Dublin is amazing,” enthuses Byrne. “It’s a little bit easy to be stuck in a Dublin bubble but it’s so easy to look outside of the city and just see how big the talent is and how young they are.

“There doesn’t seem to be a preset about what you have to sound like – say in Cork for example – there’s no template for what you have to do. In Limerick, God Knows and with Murli do a lot of youth work [through Music Generation], teaching youngsters how to write their own poetry, and how to sing and rap. When you talk to them, they are so excited by listening to 15-year-olds nearly put them under the table in terms of rapping, and it keeps them on their toes too.”

“Before I would see that kind of talent and want to help promote it, but it felt like it needed a larger group of people to be involved to push Irish rap as a thing. Now it’s becoming, after indie-rock, what people could think of as one of the main forms of Irish music.”

With more wide-spread acceptance comes more opportunities which would have previously been unheard of, like soundtracking a Lifestyle Sports ad.

“There’s no way we would have got through to the people in charge 10 years ago but things are changing here,” suggests Byrne. “We’re getting more requests for usage of songs we’re making when there was no way they’d even contemplate having an [Irish-made] rhythm with a rapper on it back then.”

Byrne recalls visiting Notting Hill Carnival about 10 years ago as a key factor in his interest in other music cultures and refers to it “an explosion of music in my brain.”

Now, it feels like there’s a spark igniting in Ireland that echoes the metropolis melting pot that occurred in London over the last two decades when different music cultures occupied the same space, forming new alliances, new sounds and new genres. Sim Simma Soundystem is just one of the first sparks.

“It was such a beautiful experience and I wanted to take that back to Dublin and expand on it,” Byrne says “Now, It feels like we’re getting towards that same kind of energy.”