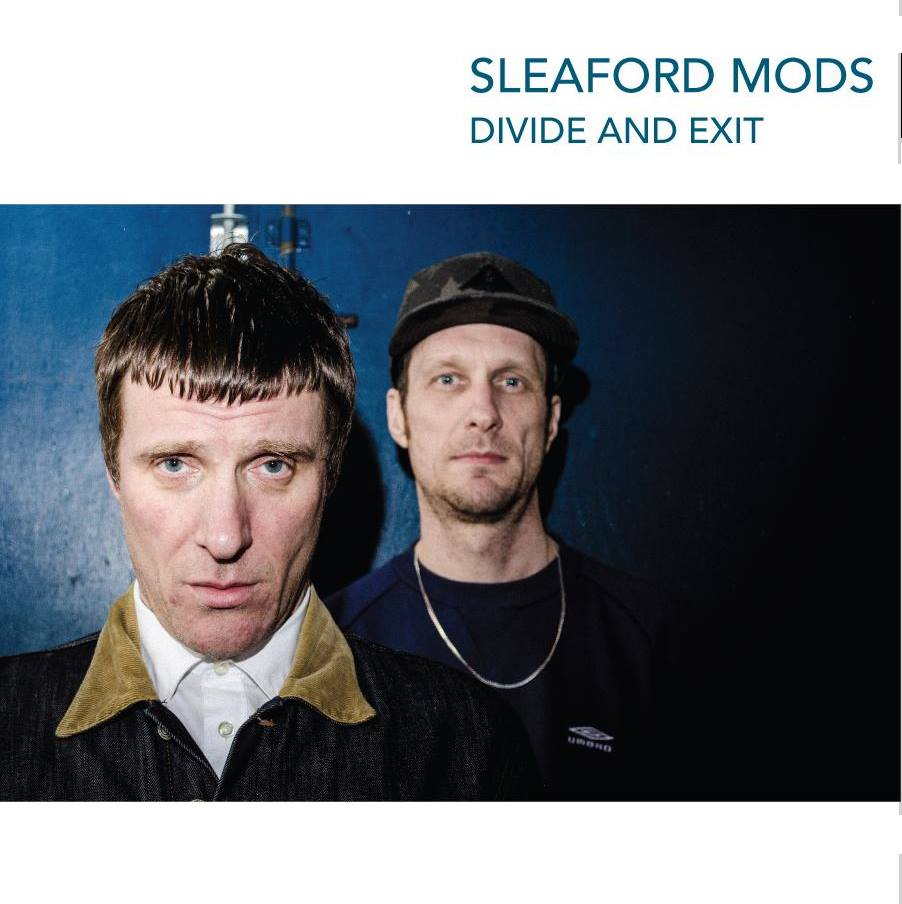 Those dudes who look like a cross between Liam Gallagher and fellahs you wouldn’t want to meet down a dark alley are Jason Williamson and Andrew Fearn, known as Sleaford Mods.

A band that have been active and grunting since 2008 the Nottingham Lo-fi English punk poets sound like a modern take on Half Man Half Biscuit and The Fall. Williamson is the chief agitator, a man who is scathing and sardonic (“Sonic Youth fan / MBV / if you like feedback that much get a job in the council“) and his comic vitriol is matched by basement beats and wiry guitars from Fearn.

The duo have had five albums including Wank and Austerity Dogs and a singles collection from last year. Their new album Divide and Exit is out on April 28th and from it, ‘Tied Up in Nottz’ is a shot in the arm to the amount of polite music in the world (we’re in a safe zone in popular music right now in fairness) with Williamson giving out about bad music (“it’s The Final Countdown by fucking Journey”) to a sodden low-frequency instrumental.

Planet Parade – ‘Before & After’