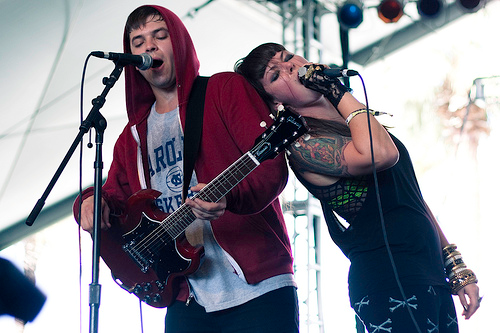 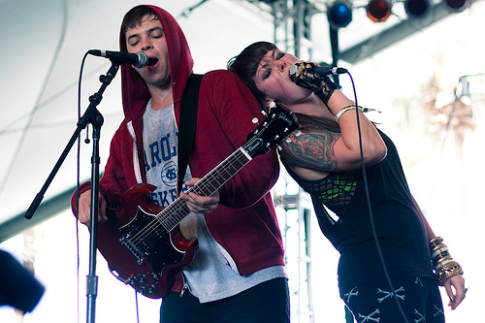 The Sleigh Bells Reign Of Terror album is coming next month (as is a Dublin gig) and now we have the first single proper to listen to. ‘Comeback Kid’ is as rip-roaring and primal as you’d expect from Alexis Krauss and Derek Miller, bright heavy rock guitars are in check but a new slightly softer vocal sound is leaking in there. That’s down to the production (i.e. – it’s properly produced this time around) and the pinging synth backdrop which adds some whimsy to the cut-teeth guitars. Definitely a bit less-searing than ‘Born to Lose’ which debuted before Christmas and maybe it’s all the better for it, but you know, it’s still pretty loud.