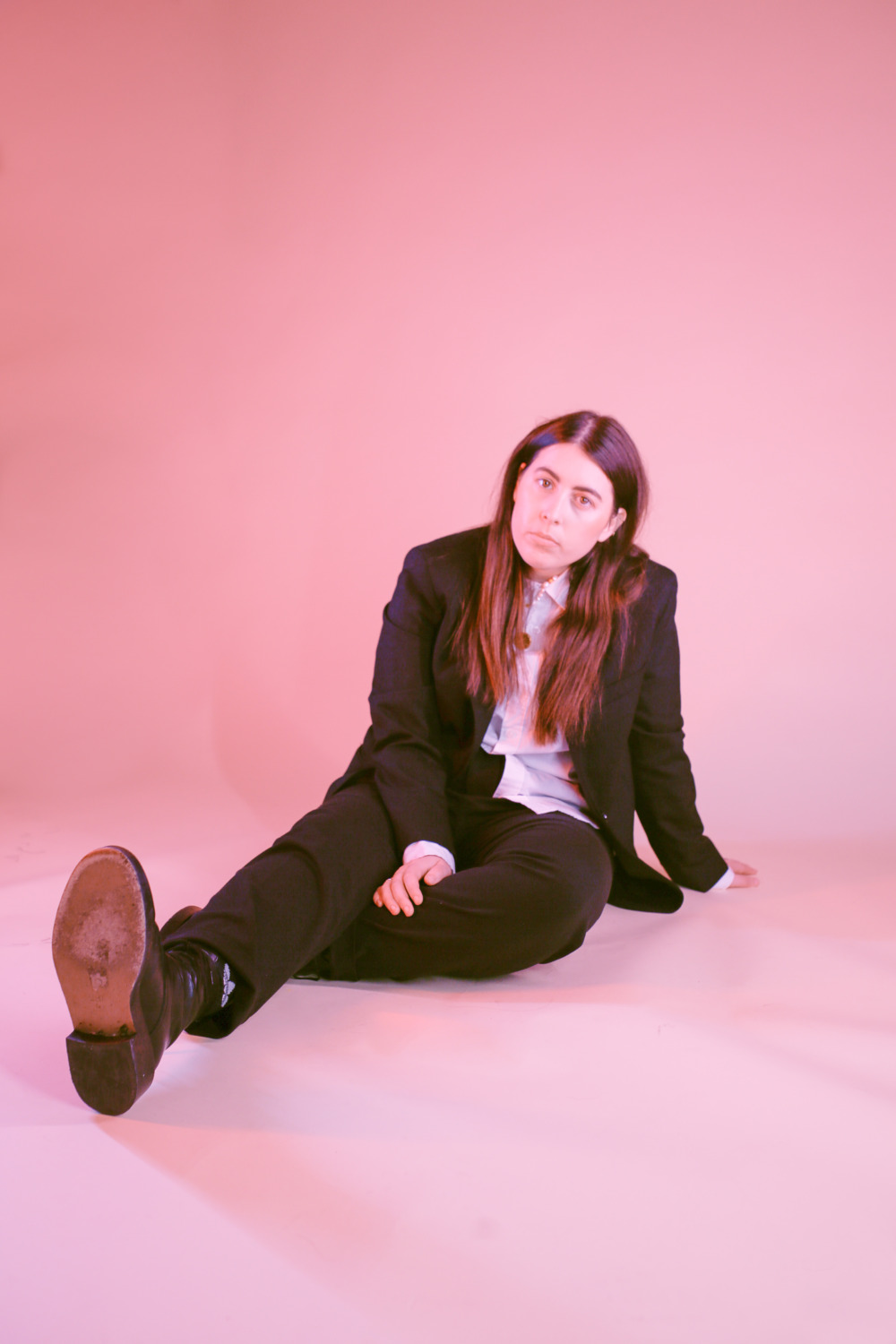 All Together Now add Rufus Wainwright, Nabihah Iqbal & food lineup to the festival this month

Sorcha Richardson has announced a new album entitled Smiling Like An Idiot will be released September 23rd via Faction Records, the followup to the Choice Music Prize-nominated First Prize Bravery.

The Irish artist’s second album is today proceeded by a new song ‘Shark Eyes’, a track that takes Richardson’s songcraft in a fresh direction with distant strings and atmospheric chords and a wistful nocturnal arrangement, eschewing guitar as a main instrument.

Of the song, Richardson says:

“Shark Eyes is about being totally infatuated with someone who you know isn’t as interested in you as you are in them. It’s about following your darker and more destructive impulses and allowing yourself to be taken for a bit of a ride, partly out of boredom and curiosity, but also partly out of a lingering hope that maybe this time it will end differently. I think I wrote it as a way of admitting to myself that that relationship would never be anything more than it already was, but I wanted it to still have the sweetness of a love song. Sometimes there’s a real lightness and relief in coming to that realisation about someone and knowing and accepting the limits of your relationship with them. It was the first song I wrote for this album and the first thing that Alex and I worked on together since we made my debut album First Prize Bravery. I think it acted as a bit of a green light to keep going.

Of the video she says:

“I wish every music video was as fun to shoot as this one. Shark Eyes is a song about a very confusing relationship full of infatuation and false hope that swings between pure exhilaration and total disappointment. Director Olivia McLaughlin, DOP Leon Forrestal and the entire Tiny Ark crew were a dream to work with and captured the delicate balance of that relationship so perfectly.

When I first started thinking about this video, the only thing that I was sure of was that I wanted my friend Lauren Farrell to be my co-star and for the video to follow us on some kind of epic late-night Odyssey. The fact that it led to us pushing Michael Fry (the funniest man in Ireland) around a car park in a trolley on a Monday night was beyond my wildest dreams. An extra special thank you to Carly for dressing us up, all of my friends who showed up to “my party” to be extras, to the house in Templeogue for letting us have a party, and to Anto at the Workmans’ Club for letting us crash karaoke and sing a song that nobody had ever heard.  I wish we could do it all over again.”

Director Olivia McLaughlin on the video “The song is very visual and introspective, so it was fulfilling to translate this onscreen. The decision was made early on in the process that the relationship we portrayed wouldn’t be explicitly defined, so viewers can bring their own experiences to the piece. Throughout filming, we sought to capture little moments of authenticity, intimacy, and the nuances of female friendship. The energy between Sorcha and Lauren is so palpable and electric, I think they capture this brilliantly”

Pre save the album here.

‘Archie’ also features on the album.

Gilla Band announce new album Most Normal, having spent all their money on shit clothes on new song ‘Eight Fivers’