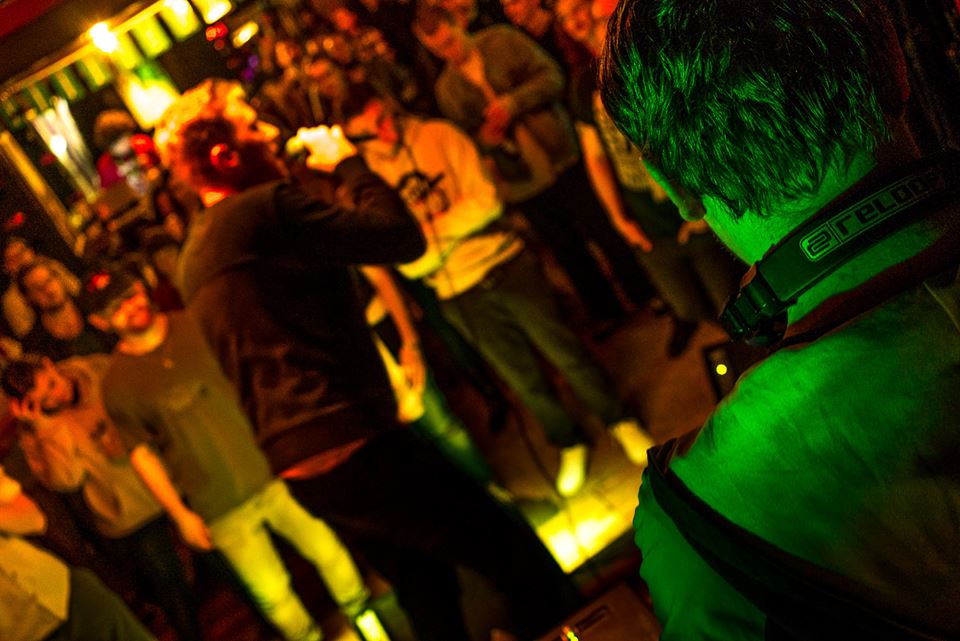 After an eight-day programme of gigs and music documentaries that included Cork alt-rockers’ Hope is Noise’s 20th anniversary shenanigans, live techno outfit Bhailíu and Leeside premieres of The Truth About Irish Hip-Hop and Notes on Rave in Dublin, IndieCork Film and Music Festival last night capped off the season by presenting their third annual Music award to the duo of veteran Irish wordsmith Spekulativ Fiktion and promising young beatmaker Mankyy.

To celebrate last night’s win, the lads have unveiled a brand-new track from that EP, as yet untitled: ‘Epilogue’ speaks loudly of Mankyy’s frightening maturity as a producer already: a slowed-down, hazy take on lo-fi that acts as a perfect dichotomy to Spek’s articulate, informed and accented flow, intensity suitably dialed down a notch to keep pace.

Off the back of an upcoming extended-player due for release in the coming months via Limerick outlet Unscene Music, the pair headlined Cuttin’ Heads Collective’s Friday night event at the IndieCork festival, closing the live portion of an evening that also included the aforementioned premiere for The Truth About Irish Hip-Hop as well as a special all-vinyl set of Irish hip-hop from the nineties to present. Airing the new EP in almost its entirety live, the set was also buffered with tunes from Spek’s 2013 Deathly Words album.

The album was warmly received by the blogosphere of the time, and Spek has been labouring in relative quiet since, emerging for an E.P. with Naive Ted in 2015, alongside the odd appearance, most recently on This Side Up’s Full Fat album, as well as working with Cuttin’ Heads on local events and all-dayers.

Meanwhile, Mankyy, aka Daithí MacCruitín, has been one to watch in Irish hip-hop over the past year or two, not least for his ridiculous ‘Character Development’ E.P. Technically the first Irish release of the year, ‘Character Development’ was released in the wee hours of January 1st this year, and features bars from Spek as well as fellow hot property Jonen Dekay.

Spekulativ Fiktion and Mankyy’s new EP is due this winter via Unscene Music. For more information on IndieCork Film and Music Festival, including co-op membership, check out indiecork.com.