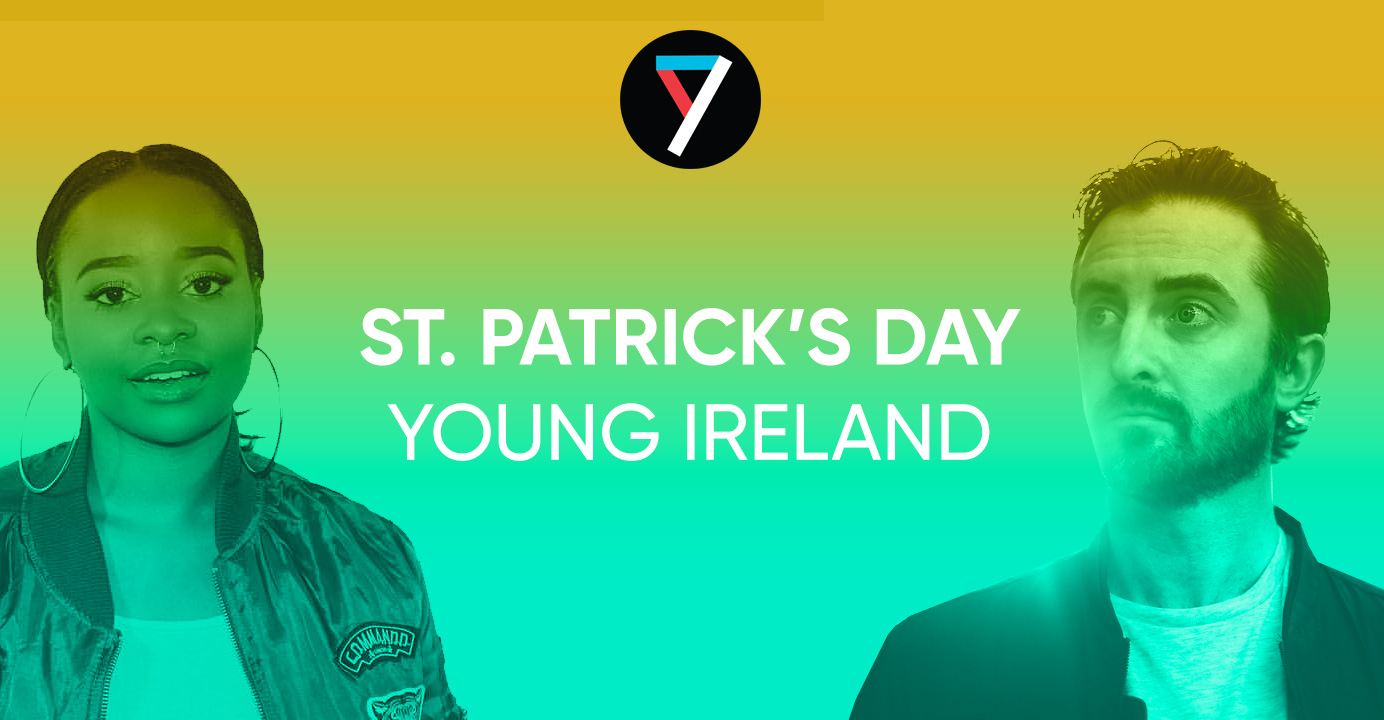 St. Patrick’s Day is a time for celebration. Sure, we all know that. It’s also a time to have a look around and see where we’re at. Rather than rely on the usual diddlyeye that does the rounds when those with Irish heritage like to don a leprechaun hat and drink green beer, I believe Patrick’s Day is a time to show the rest of the world that we’re not all flatcaps and sean nós, fiddles bodhrans and harps playing music of the dead.

Instead those instruments are in the hands of young people, making the sound of 21st century Ireland right now. Daithí shows us what a fiddle can do when its combined with crisp electronic pop music and samples of his grandmother. Bonzai takes the percussive instrument of Ireland and samples it on ‘Bodhrán’ on a new beat-filled R&B track. Saint Sister use the harp’s clean lines to make “atmosfolk” music of immense beauty. The Irish heritage of wordsmiths and poets is reflected in a hip-hop and spoken word scene that is reflecting new realities that couldn’t have been dreamt of 100 years ago, as Rusangano Family’s Choice Music Prize-winning portraits of the immigrant Let The Dead Bury The Dead vividly displays.

Many of these artists aren’t confined by those rudimentary labels and openly leap between those boundaries and for every artist featured on this playlist there is another more than capable of matching the quality of their art. All of these artists are chosen because I rate and recommend them so you won’t find more mainstream names here. This playlist represents my Ireland – the youth of Ireland. So here are a hundred songs, from a hundred relatively new Irish artists. Next year will be different, but this year is now.