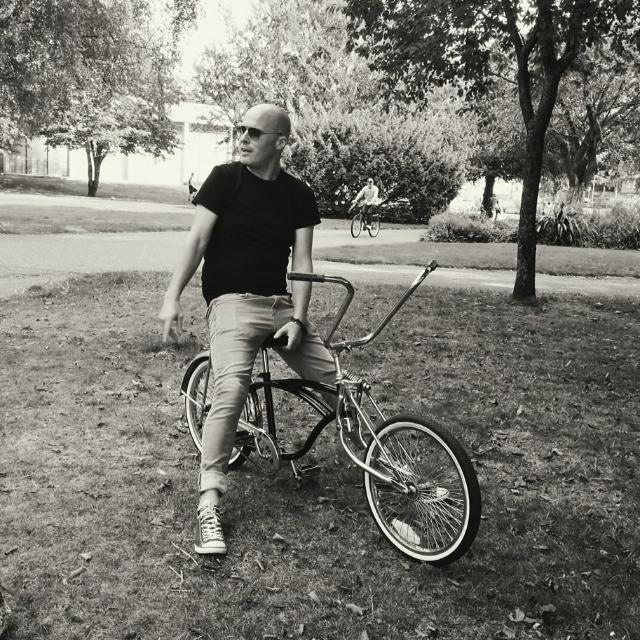 Stevie G is a DJ, radio presenter and all-round legend from Cork; a lover of soul, hip-hop, disco and R&B, a maker of tracks, a mentor, a promoter and label owner. Here are his 10 favourite tracks of the year.

This one crept by virtually ignored but it was a very significant record in some ways. A limited 7 inch dropped from the sky on Record Store Day, and a guy even more reclusive than D’Angelo managed to submit a remix. Ludovic Navarre is the man behind St Germain and some amazing jazz, soul and house music, but he has been out of the spotlight for over 10 years. Gregory Porter is one of the finest jazz singers and writers of his generation and the original of this was a good example of a great artist who has something important to say too. The remix uses subtle bits of the Roy Ayers produced “Daylight” by Ramp (a hip-hop staple since the days of A Tribe Called Quest), and it’s a beautiful combination.

We are always slaves to the past but soul music, like jazz, is producing great new artists and music too. These two have backed Sharon Jones and the Dap-Kings live but their debut single on Daptone is an irresistible brass infected jam that is typical of the label. I was inspired by labels such as Daptone in starting my own Soul Jamz record label this summer and we released “Deep Down south” with Christiana soon after, hopefully the first of many singles. Shookrah are another Cork band worth mentioning here, but in truth, there’s loads of good soul music out there if you dig.

“I believe that some day we will rise”. It could have been almost anything from this album; a stunning reminder that he’s still got it. And then some. Soul music probably needed this shot in the arm, as it will throw more light on many of the other artists doing very good stuff. Sonically it is incredible and it keeps up an impressive record of one great record every decade!

I played this for weeks and weeks before it got any bites, but that moment when it hit home was special. I actually play every Tuesday night, to a young student crowd, and they are very open to newer hip-hop and r&b so it works out. This, the Rae Sremmurd singles, Future, Tyga, Schoolboy Q, Young Thug, Tinashe and many more were all big for me in quite a productive year for low slung throwaway minimal music.

Many hip-hop fans are reluctant to move past the ’90s; but if there’s one group capable of waking them from their slumber it’s Run the Jewels. El-P and Killer Mike are pretty much veterans of the game at this stage, but their two albums together have helped ensure things are still going on an upward trajectory. They’ve got a lot to say, and were among the most vocal rappers after a turbulent year which included tragedies such as Ferguson. Special shouts to Danny Brown and Dej Loaf for great singles as well.

In Ireland, we had some great hip-hop too. Mynameisjohn, Lethal Dialect and Corkman Trigger all coming out with impressive albums, while the likes of Deviant and Naive Ted, Spekultiv Fixtion, Jimmy Penguin and others continued to represent prolifically for the underground. Also, domestically, a few of us helped set up anam recordings to release music from Tommy KD, a recovering addict who has enlisted the legendary Hazo and DJ Mek in his team and who is already causing a stir too. Keeping it real for 2014.

I’m a big fan of this track in it’s original form, but this remix bangs and brings back some great memories of 2014, particularly my set at Body and Soul Festival in June. SertOne’s remix of Hannah Diamond’s ‘Pink and Blue’ is another that killed it in 14.

Lots of the best jazz these days is made by electronic artists, or even hip-hoppers who grew up discovering jazz through sampling and rap. We now have jazz artists covering hip-hop classics and it’s all gone full circle, as bands like BadbadnotGood have shown really well. FlyLo’s jazz credentials are in his family tree, but his Brainfeeder label showcases some amazing music from Thundercat, who is an essential element of the FlyLo sound, as well as Ras G and more. Taylor McFerrin made one of the jazz albums of the year on Brainfeeder, with the long awaited “Early Riser”, while FlyLo’s latest opus did not disappoint either. He managed to once again get big names like Snoop and Herbie Hancock to compliment his sound, and this track with Kendrick offers a big hint of what is to come from the Compton rapper, as he prepares to deliver one of the most eagerly awaited rap albums in years in the the next few months

8. James Vincent McMorrow – ‘When I Leave

Beautiful track, which he released on soundcloud, and which is on the bonus version of “Post Tropical”. Also worth mentioning Talos here. He released a couple of great singles on Feel Good Lost and there’s plenty more where that came from.

This is great. The whole EP is really good, and Seven Davis Jr released some wonderful stuff on his own too, including “P.A.R.T.Y.” and “Friends”. On a similar tip SBTRKT brought us “New york New Dorp” featuring Ezra Koenig. Lots of mixed reaction to their music this year but I like the album and love that jam.

The influence of Aaliyah grows stronger as time passed. A year of some fine minimal soul and r&b vibes with Kelela, FKA Twigs, Fatima, The Weeknd, Kali Uchis, Jasmine V, Mapei and many more all contributing some great music. Also big shouts to King Avriel, who I first read about on this blog, and who’s “180” kicks off a mix i did of some of the best hip-hop and r&b from 2014 it’s a free download.