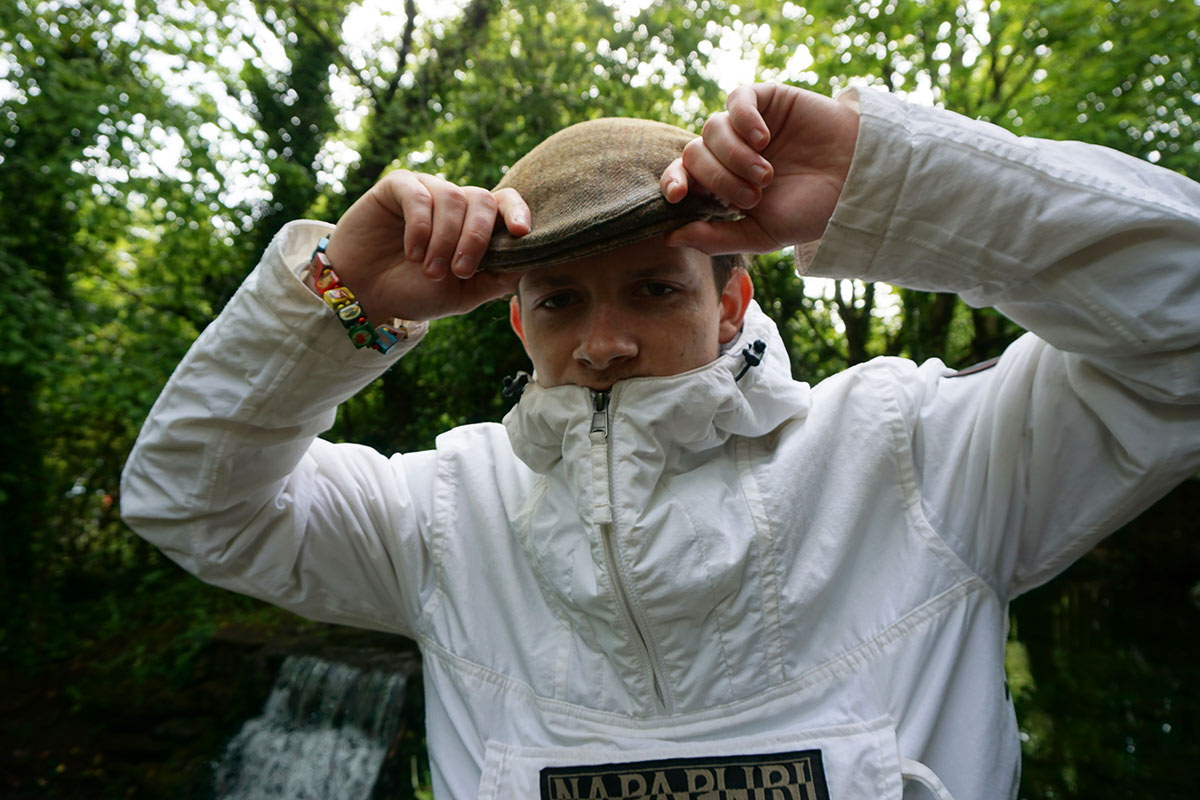 The Limerick artist Strange Boy is one of the more interesting and unique musicians operating, able to jump on a rap posse cut, rhyme over bodhrán all while doing his own thing.

With a debut album HOLY / UNHOLY produced by Enda Gallery in Kilfenora, Co. Clare, out on June 25th via Welcome to the New World, we’ve heard songs ‘Prayers’, ‘Sorrow’ and ‘Waiting’. The album features guest appearances from fellow Limerick rapper Hazey Haze, Strange Boy’s brother Seán McNally Kelly, and today, Nialler9 has the premiere listen to the first song from the album which features Moya Brennan singing on it.

“When I was working on this album and when Enda was brewing up the beats for me, I got a sort of anxious feeling like I wasn’t going to be able to do the concept we had justice. It was also the worst possible time for me to write an album as there was a lot of suffering going on within my family.

Eventually though, through me being at mental rock bottom, the album revealed itself and the entire thing was writing within a month or two. I wouldn’t say I’m proud of it, I’d say I’m proud despite it. There’s nothing honourable or romantic about being in a bad place so I’m just glad that this album is finished. Regardless of whoever likes it or doesn’t it’s 100% my experience and there’s not much else to it. Just another one in a long line of humans talking about some sh*t that happened. That’s all”

“I’m honoured by life and by Jordan to have been chosen to create this together with Strange Boy. It felt the whole time, 18 months since the first phone call, where we explored and decided on the concept to unite the new and the old in this way, to the very last listening sessions, that we were making some truly special. I had some of my favourite moments as a producer sitting in my late grandfather’s house hearing him deliver 10 tracks in 3 days vocally. It was clearer to me than ever that he is not one of the best hip hop artists in Ireland now, but rather one of the best artists on planet earth at any time. I hope he gets the resonance he deserves. Few albums have felt more right to me than this. Not a single photo was taken during recordings, we focused on the music. We shut everything out. I composed the music up in Kilfenora and he came up with his brother and Hazey Haze to record. The fact that it opens with Moya Brennan and features his brother Seán and Hazey is beautiful as well. Moya is a Grammy winner and Seán is on a song for the first time in his life. It’s about the right thing. We had the universe at our back for it and even with the heavy complications of doing a production during COVID which meant cancelling session after session and doing hardly any recordings in studios but in untreated cottage rooms, the thing that happened always felt right. It’s made with care and love and pure honesty. Whatever happens with it, this is a masterpiece in my eyes and it’s a highlight of my life so far to have been a part of it.”

Where should I start telling tales from this heavy heart

or the second time my mother tried to end it

cus the pain wouldn’t subside

but I guess that’s why they call it humble beginnings

sick of doing shit from scratch and getting nothing back

that’s nothing new in the past ignorance is bliss

tryna stretch an inch into a mile

where should I start naive boy with bright plans

pristine soul just a bystander to see himself

get walked over a time-lapse of his worst moments

lucky me I got a bad hand

I was Ill-advised image in my eyes of my demise

I cracked violence inside sirens outside strange boy

straight out the northside no for sight

no chance so lemme start