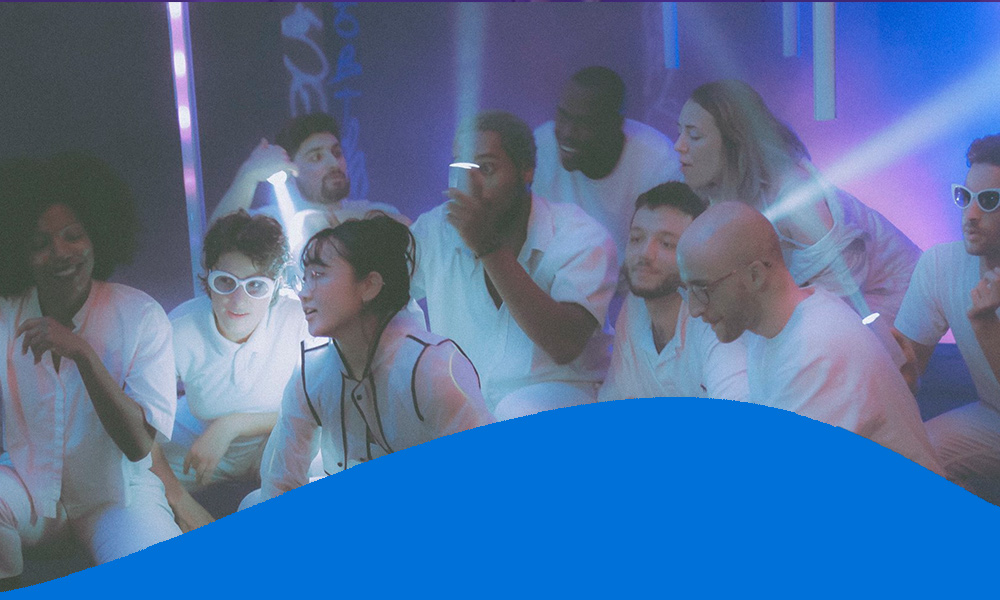 My favourite songs of the past month – all in one place.

The NYC-based Korean producer Kathy Yaeji Lee has released two EPs of house-pop music on the God Mode label (Shamir) and ‘raingurl’ is the standout in her discography so far. It’s at once – a banger, introspective and playful (‘oh yeah, hey dog, hey what’s up?).

Jai and A.K Paul returned with an actual Paul Institute last month and two new songs on their roster. The best of the two is from A.K Paul and and Ruthven (a firefighter from Lewisham) with ‘Evil’ – a Prince-esque slice of synthesized electronic Linndrum pop of the off-kilter kind.

Straight up, I manage this band but here’s why – Christy Leech and Aimie Mallon’s electronic house-pop is a rush, it starts dance parties of percussive melodic energy. ‘ Don’t Need It Now’ is only their second single but expect mauch more in 2018.

Fort Romeau has one of the most consistent outputs of any electronic act aronund and this year’s Emulators EP is one of his best. ‘Emu’ is an example of what he does best – building and releasing tension with synths and sirens.

Berlin-based American producer Avalon Emerson released this evocative track on the Whities label. It’s a building slice of arpeggiated magic, a rush as the title suggests.

Pharrell ditches his run of happy-go-lucky solo material for a return to the NERD sound that made his name as a producer (along with the other two members Chad Hugo and Shay Haley). Here they team up with Rihanna with trademark NERD boom bap beats and tight production but it’s Rihanna who owns the track, rapping like the boss she is.

From a new Glue EP, comes this mechanised weapon from the two Belfast boys who know how to cut through the noise like few other producers.

Derry producer Andy Morrison’s Sapa Inca Delirium as The Cyclist is a late addition to the end-of-year lists. ‘Inhale / Exhale’ is a fast-paced nine-minute track with passages of jilting bass, percussion swerves and Harper’s calming influence on the latter half of the song.

Scottish band Golden Teacher have a Chk Chk Chk vibe going on with them and their just-released debut album No Luscious Life is a fun release of electronic funk and afrodisco vibes. I featured the ESG-esque punk funk of the album opener already but this one has been on repeat all month.

I Am The Cosmos – Nothing But Love

Ross Turner and Cian Murphy’s I Am The Cosmos have moved their music to an analogue house vein as heard on the new Nothing But Love EP. Each track on the EP  has something to recommend it but the undulating sonics of the title track with backing vocals by Maria Somerville are doing it for me at the moment.