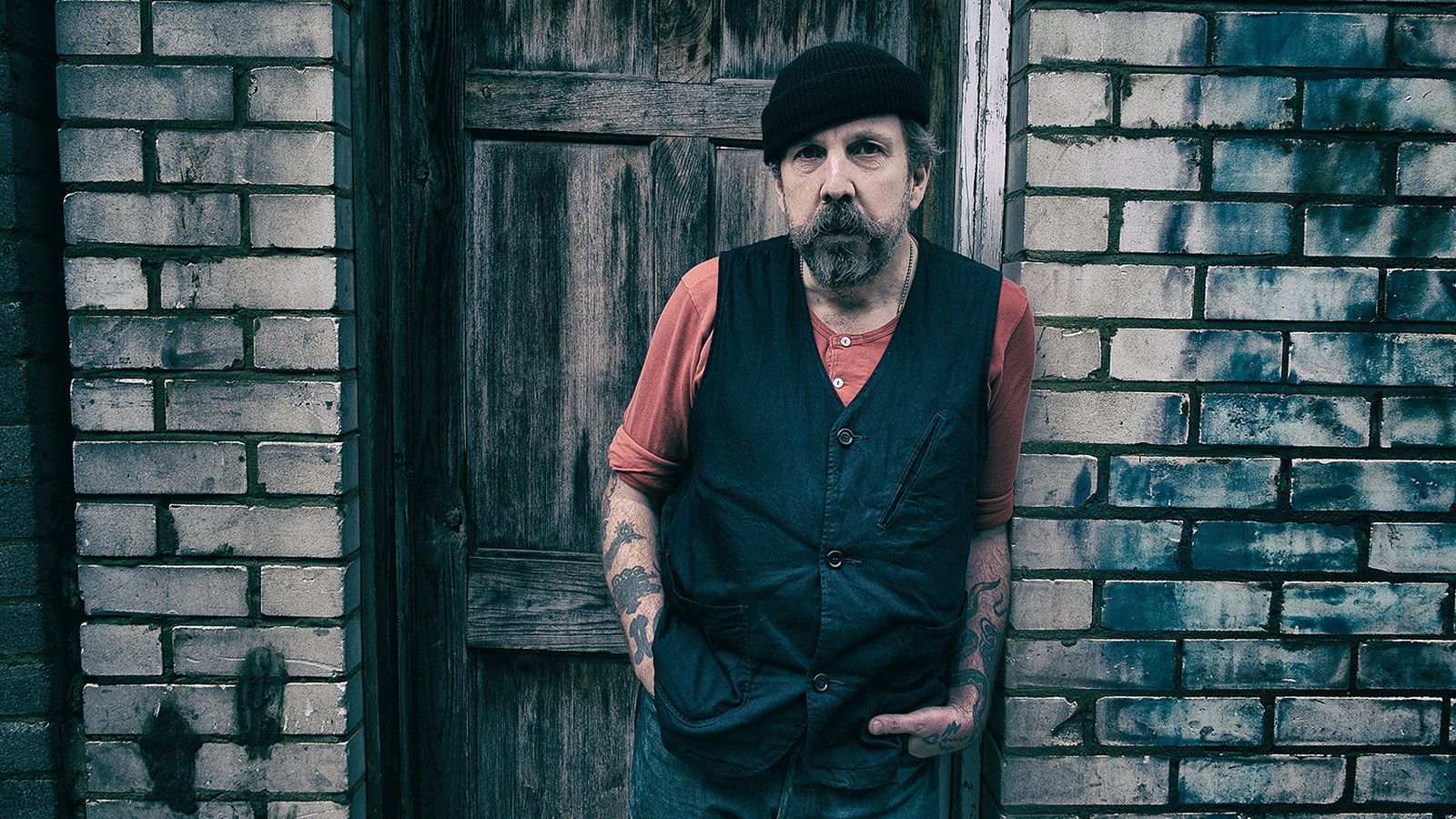 A year ago today, the DJ, producer, raconteur and inspiration to countless dancers, musicians and club fiends, Andrew Weatherall, passed away at the age of 56.

One of his biggest supporters in Ireland, the RnaG An Taobh Tuathail presenter Cian Ó Cíobháin hosted the man at club nights in Galway during the 2000s and recounted in palpable vivid detail his personal experiences with The Guv’nor for RTÉ last week

When Weatherall passed this time last year, an anecdote about the DJ given a lift by a local seaman who gifted him the praise “fail we may, sail we must,” which Weatherall had tattooed on his body afterwards.

On the one year anniversary of his passing, Cian renewed the search to find that man who gave Weatherall a lift to his gig one time, and in doing so, gifted him his mantra, the title to the opening song on his debut album, and a phrase that has since been adopted as a mantra for the legions who respected and loved Weatherall’s talents.

It was a phrase that Weatherall talked about with an interview in Dummy:

There’s a song called ‘Fail we may, sail we must’. Is that something you’ve lived by?

I suppose so. That was handily capsulated by a fisherman I met in County Cork. This young lad picked me up for the gig and he was 21 and was a trawlerman. He wanted to know about the glamourous world of DJing, to which I said, It’s bollocks, it’s disco’s, tell me about tales of the sea. He told me about being 18 in a force nine gale, his father, the captain, broke his leg so he had to captain the ship. I was thinking, I couldn’t even look after myself at that age let alone a trawler boat in a force 9 gale. I asked him, Are there times when you get up in the morning and you can’t be arsed? And he said, fail we may, sail we must. Which led to me spending hundreds of pounds and a lot of pain having it tattooed up the sides of my arms. I’ve got a pretty good work ethic and sometimes you have a heavy night and want to phone in poorly but if this guy can captain a ship in a force 9 gale I’m sure I can get up and spend two hours in a disco.

After a callout instigated by Cian that included an Irish Examiner by Des O’Driscoll, that fisherman has been found.

Cian shared a post in full explaining how this chance encounter in Cork in 2008 lead to the phrase:

For years I had wondered who the 21-year old Cork fisherman who had told Andrew Weatherall the tale about skippering a trawler in a Force 9 gale was. Many of us had. Andrew would reference the story regularly in interviews as the reason why he went to a lot of trouble and expense to get the words ‘Fail we may, sail we must,’ tattooed on both his arms.

Well, this evening, on the eve of the first anniversary of the death of The Guv’nor, we finally located the young man. His name is Gerard Sheehy and back in July of 2008, when a mate of his, asked him to “fill in” for him and pick up Andrew and drive him to ‘Cork X Southwest’ festival in Skibbereen, Gerard duly obliged. He would get a free ticket for his endeavours and also spend the night in the DJ booth while The Guv’nor DJ-ed.

I’m going to give you a succinct version of the story, based on a conversation I had with Gerard on the phone moments ago. No doubt this will be covered in more detail in the future, as there are stories-within-stories to be told. I’ll do my best to keep it brief and on point.

I sent out an APB on Twitter yesterday, wondering if anyone knew who the young man in Andrew’s story was. There were a buzz about the tweet for 24 hours as it got shared by curious folk, mostly those involved in music, but ultimately after a few briefly promising leads, it led to a few dead ends and fizzled out. But, today at lunchtime, Des O Driscoll in ‘The Examiner’ published a piece to say I was looking for him. And “fishing” Twitter, in the guise of ‘The Skipper’’s journal twitter account also got involved and informed us ‘We have a few leads already. Stay tuned!’

A friend of the Baltimore trawlerman, Billy Cummings got in touch with me later in the afternoon VIA my socials to tell us that Gerard was our man. He forwarded me Gerard’s phone number. Gerard, who these days skippers his father’s boat, the Lovon, had spent his afternoon mending a net, while the excitement in my house and online built. We finally got to chat a few moments ago.

It turns out that Gerard had no idea who Andrew Weatherall was at the time he picked him up – his friends would later fill him in over the years on WhatsApp groups about Andrew’s subsequent work. He picked him up from Cork Airport and dropped him off at Casey’s Hotel in Baltimore. En route to west Cork, he did, indeed, ask Andrew about the glamorous world of DJing, which Andrew adroitly deflected by asking him what he did for a living. Gerard confirmed what many of us who had met him already knew: Weatherall was a man more interested in finding more about you, than he was talking about himself and his music.

When Weatherall asked him to tell his seafaring stories, Gerard was only too happy to oblige. He was a 21-year old man at the time and this was a subject he was very much at ease talking about, as “I’ve been fishing since I could walk boi”.

Gerard did indeed tell Andrew the story about his father breaking his leg in a storm and both himself and his companion having to skipper the boat in his stead. At one stage he uttered the words ‘Fail she may, but go she must’, which is a variation of what Weatherall would come to tattoo on both his arms, use as a song title and which his legion of admirers would subsequently come to adopt as a kind of mantra. Over the course of the trip to west Cork and again the next day, when Gerard drove him back to the airport.

Andrew enquired about the phrase. In fact, it was the very last thing Andrew asked him about as Gerard dropped him off at the airport.What Andrew didn’t know is that Gerard himself had that very variation of the phrase tattooed on his own chest – ‘Fail we may, but go she must’ – in New Zealand two years previously. We can only speculate why Andrew altered the phrase a little. Poetic license. Or, a different rhythm he warmed to. He may have misheard the phrase slightly. Or perhaps he didn’t want to go through the pain of having extra words stencilled on his skin. My guess is that Gerard’s phrase set his mind in motion and that the poet in Andrew decided upon the simple words ‘Fail we may, sail we must’.

Here’s the thing. Until this evening, Gerard didn’t realise that a phrase he had casually uttered to the visiting DJ had rippled out into the world through Weatherall. He hadn’t been made aware of John Burgess’ famous interview in ‘Dummy,’ and had never seen photos of Andrew with his famous tattoo. In fact, just before Gerard chatted to me, he had gone online and was staggered to see how often Andrew had mentioned their chance meeting in interviews online and was completely bowled over by how the phrase had taken on its own lease of life, independent of their encounter, rippling through the worlds of music and art and beyond.

You’ll hear in more detail about their encounter in the weeks and months ahead, but I’m delighted that we finally found our fisherman, Gerard Sheehy, the man whose lovely and inspiring phrase will be remembered by all of us whose lives were touched by Weatherall the man and Weatherall the artist. I’m delighted to tell you also that Gerard is a soft-spoken and thoughtful young man, not unlike The Guv’nor in his manner, who is completely blown away to learn this evening about the impact of a few small words from their brief encounter in the summer of 2008.

Cian is doing an Andrew Weatherall tribute tonight on An Taobh Tuathail from 10pm on Radio na Gaeltachta.