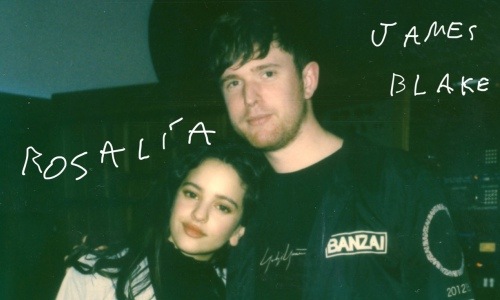 Shout out to RTE 2FM DJ Tara Stewart for discovering this.

It sounds like ‘Barefoot In The Park’, the collaborative song on James Blake’s new lovelorn album Assume Form features a sample from an old Irish folk song.

Tara did some digging for the sample:

Stuart txt 2fm saying it’s an Irish song ‘Fíl a Run Ó’ recorded by singer Valerie Armstrong in 1972 when she was 13!

The song is purportedly ‘Fíl a Run Ó’ recorded by singer Valerie Armstrong in 1972.

My friend Adam randomly messaged me saying it’s his aunt singing/ playing the harm on @rte in 1971! 👀👀👀👀👀👀https://t.co/NQnkVlBnpV

Tara’s friend texted her to say it has his aunt Valerie Armstrong from the Feis Ceoil in Dublin in 1971 who was indeed 13 years of age at the time.

We’ve yet to verify this in the credits for the album as it’s not listed on the Wiki and a vinyl version of the album isn’t out yet. Update: The artist herself got in touch and confirmed the sample clearance.

REALLY thrilled to have my recording of Fil Fil a Run from 1971, when I was a nipper, sampled by James Blakelake for track “ Barefoot In the Park “, from his fantastic latest Album Assume Form . Can’t stop grinning! https://t.co/ezHT2E8EGh

This reminds us of the time Passion Pit’s Sleepyhead sampled Mary O’Hara in a similar fashion.

We also broke down some famous samples including the one above at our Loose Joints live show in the Science Gallery last year.