The Outsider: Some thoughts 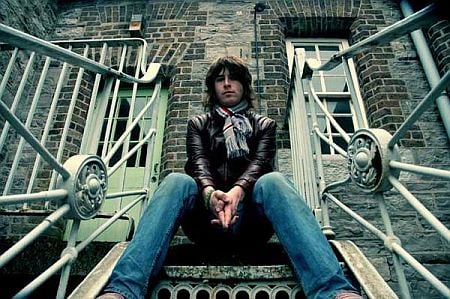 I’ve seen Stef live regularly over the past year and a half and I can attest that a lot of these songs are extremely catchy and will stick in your head for days on end. There’s a real drunken bar feel to the album with songs featuring boats, drunks, sinners, pirates, kings, breakdancers and vagabonds. “Prayer for the Broken Hearted” , “Liars”, “Down at the Radiotron” and “I Love You” are live favourites. So it’s great to see these songs collected on the album (which he financed himself on ‘The Firstborn Is Dead’ label).

He is well worth seeing live whether it be an vitriolic acoustic show or a full live band setup as his set is always frantic and passionate. He has plenty of live dates coming up in Ireland and two in London, one of which will be during the Hard Working Classs Heroes weekend. Check out this chancer.

The Mighty Stef – Prayer for the Broken Hearted

The Outsider: Some thoughts