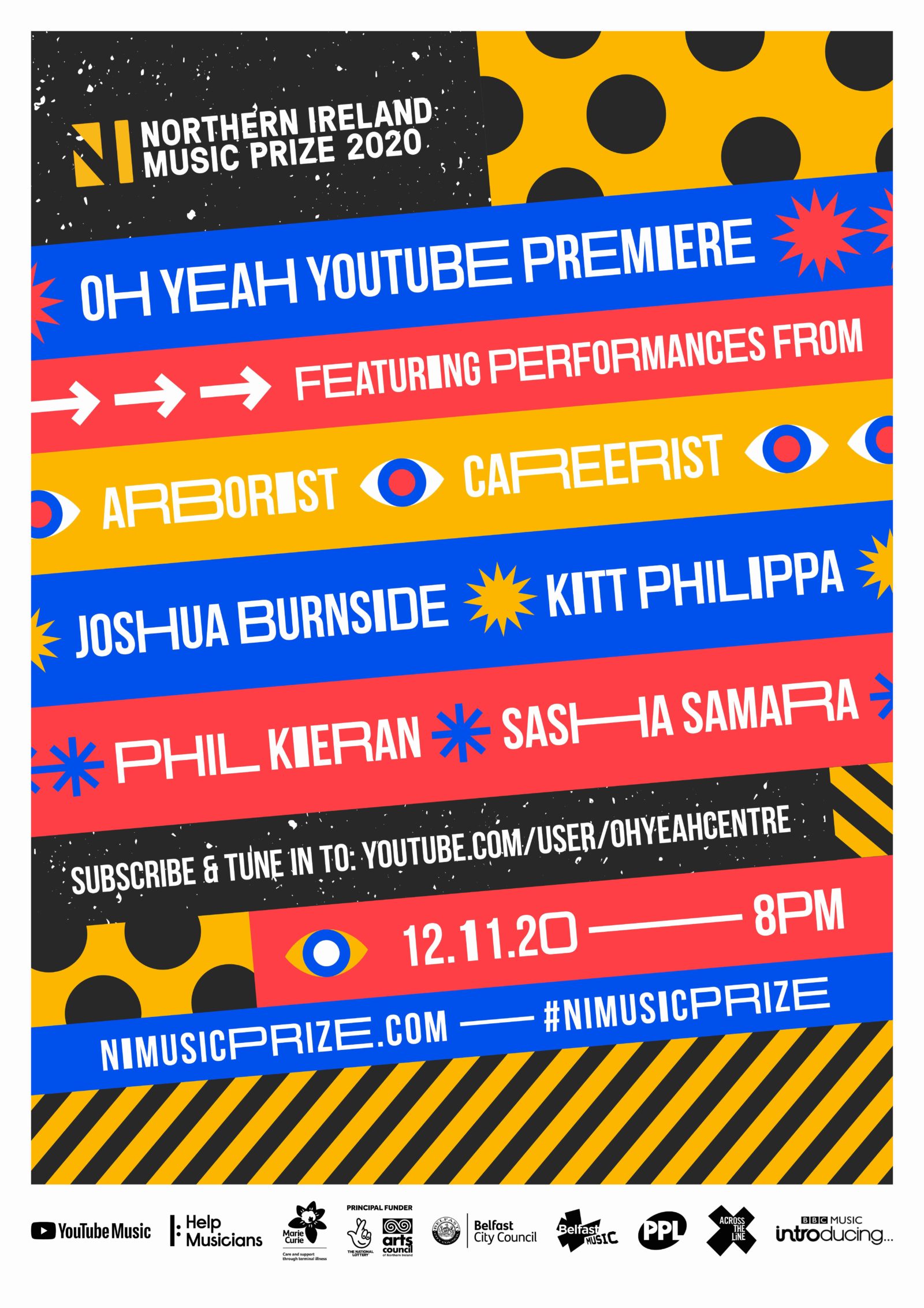 The NI Music Prize has announced that it will be broadcasting its ceremony and live show online this year for obvious reasons.

The stream will be broadcast from the Oh Yeah Music Centre on Thursday November 12th at 8pm.

Rigsy (DJ & Broadcaster) and Gemma Bradley (Presenter, BBC ATL Introducing) will present the show and their guest contributors, with live announcements and presentations as well as some previously unseen footage including the Snow Patrol performance from last year’s event at the Ulster Hall.

The winners of three categories will be awarded a cash prize of £1,000 and £3,000 will go to the winner of Best Album. A panel will decide Best Album on Nov 12th and voting is now open to the public for the other three shortlists. Voting closes on Nov 11th at midnight.

The Shortlisted Acts are: