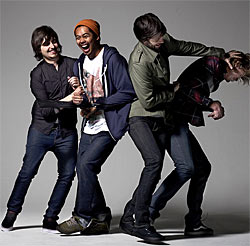 Everyone knows the original song by now – whether it be be constant radio play or the 500 Days of Summer soundtrack. Regular readers/listeners will first have heard it on Nialler9 back in November last year when it appeared with a Curtis Vodka remix.

This remix may be a year later but just like Alan Wilkis‘ recent remix of The Very Best it’s just as good. There’s a touch of ‘Pon do Floor’ in the vocal sample but generally this is pretty smoooooth. More remixes on his site.

The undisputedly best Temper Trap remix is this dubby dancefloor rework from Herve: