The 40th anniversary of the Clash playing Trinity College Dublin will be celebrated with an all day symposium in TCD’s Examination Hall (the original venue for the 1977 shows) called Year Zero.

When The Clash played in Trinity College Dublin on 21 October 1977 they were fresh from a cancelled show and mini riot at Belfast’s Ulster Hall the night before. Bringing the white heat of UK Punk Rock to an Irish audience, The Clash played two sets of 35 minutes, inspiring attendees and kick-starting dozens of careers in the process.

The Trinity gig was a seminal moment in the Irish music scene and The Clash were the first internationally recognised Punk band to play in Ireland; up until then, Irish venues had banned Punk acts for fear of violence. Despite some opposition within Trinity at the time, the shows went ahead, organised by the then Students’ Union. 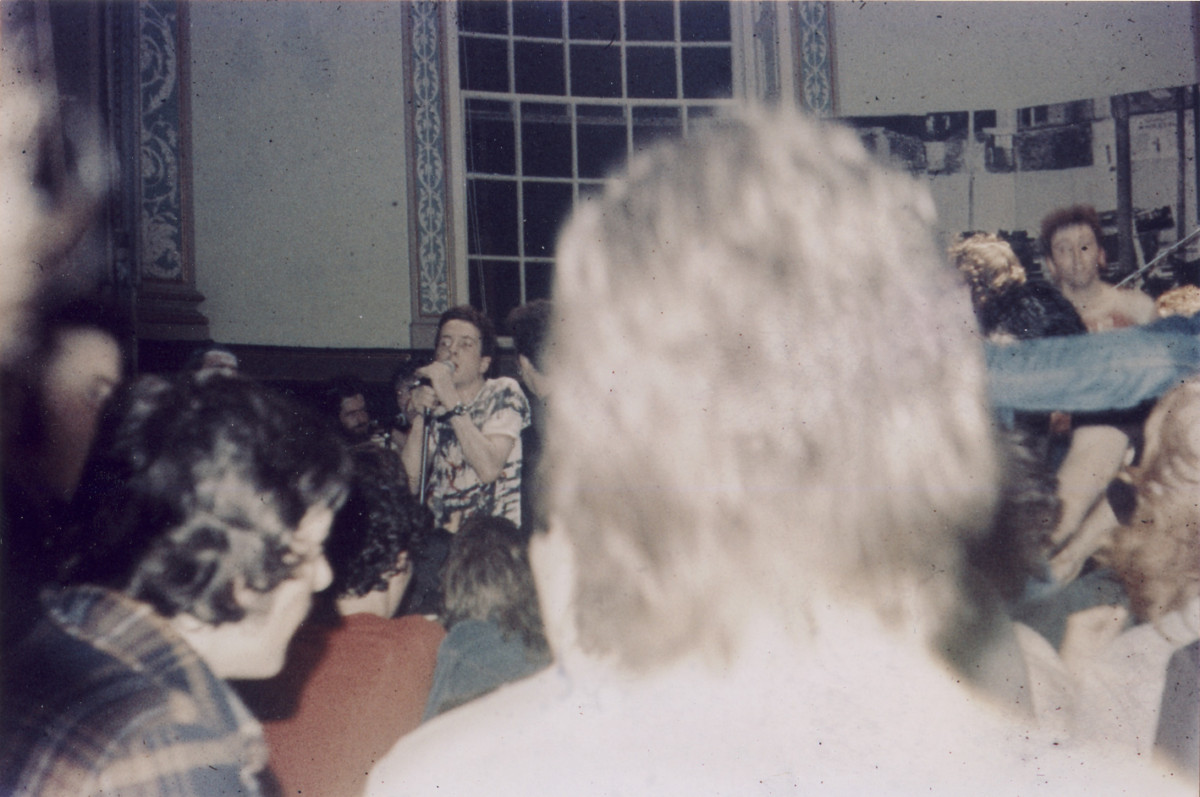 The full day symposium will take place, featuring talks,Q&As, readings and screenings by original members of The Clash’s touring party, former Trinity Student Union Officers involved in promoting the shows, filmmakers and close associates of the band including DJ and Clash biographer and documentarian Don Letts (who will DJ in Grand Social that night),

Former Trinity SU President at the time, and current RTE radio producer Ian Wilson said: “The College had no idea what was about to happen, and to a lesser extent neither did we. A tidal wave of punk swept over the place. The event itself – the two shows – was like a bombshell to TCD. The shows were short, manic and full on and the enduring memory was of a whole lot of us having to form a human barrier across the stage to prevent The Clash being mobbed.”

Tickets are available at https://clashtrinity.eventbrite.com 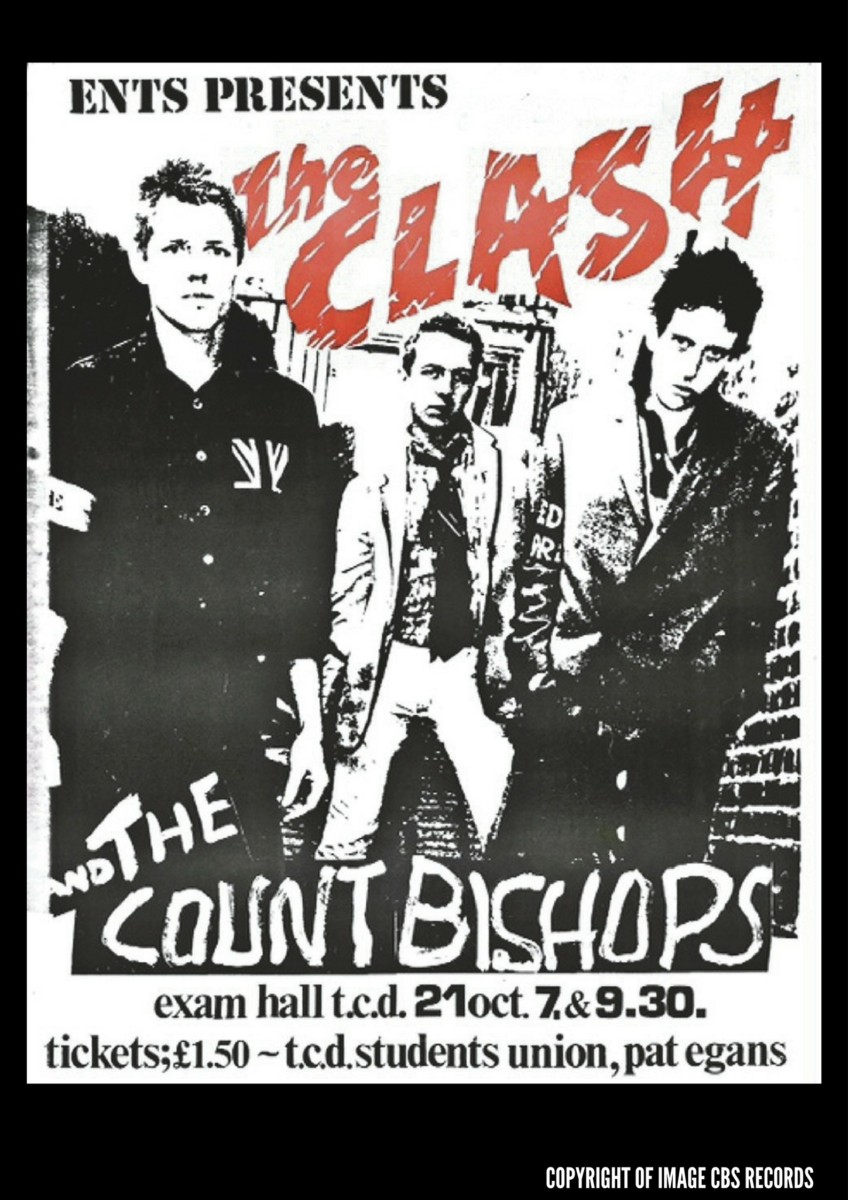 9.00 – late Don Letts DJ Set
Interesting information on participants
Year Zero A collaboration between Martin Bradley, Chris Heaney and Robert Gordon McHarg III. Martin Bradley is an archivist who has previously worked with U2, The Joe Strummer Archive, Gorillaz, The Abbey Theatre and Gate Theatre archives for NUI Galway and many more over the course of a 20 year career. Chris Heaney worked with U2 for 17 years, initially as an audio engineer and then as the band’s archive manager. He is currently working with the Seamus Heaney estate. Robert Gordon McHarg III is the Joe Strummer Archive curator, a visual artist, art director and designer. He founded the Subway Gallery in London. Sandpaper Blues, Art-Tube 01, Him and the Him Book are some of his notable art creations. McHarg worked on numerous Joe Strummer Foundation projects, curated four Mick Jones “The Rock & Roll Public Library” and “Black Market Clash” exhibitions, worked with Paul Simonon on The Clash “Sound System” box set and art directed John Cooper Clarke’s “Anthologia”. He is renowned in Japan for his Gonchan rocks and art installations at Fuji Rock Festival, an ongoing 20 year adventure.

Don Letts
Don Letts is a filmmaker, DJ and musician whose association with The Clash goes back over 40 years. As DJ at the Roxy, Letts is credited with introducing reggae to punk rock fans. He was a founding member of Big Audio Dynamite with Clash guitarist Mick Jones, has released numerous compilation albums and directed a variety of films and documentaries. In 2003 he won a Grammy for his Clash documentary Westway to the World. He released his autobiography Culture Clash: Dread Meets Punk Rockers in 2007.

Julien Temple
Julien Temple is a feature film, documentary and music video director. He started his career with the short documentary Sex Pistols Number 1 and went on to make feature length documentaries on the Sex Pistols, Dr. Feelgood, Dave Davies and Joe Strummer, as well as the movies Absolute Beginners, Earth Girls Are Easy, Bullet with Mickey Rourke and Tupac Shakur, and Pandaemonium about the poet Samuel Taylor Coleridge. His film The Clash: New Year’s Day ’77 captured the moment when punk emerged into the mainstream consciousness.

Johnny Green
Starting out as a roadie for the Sex Pistols, Green became The Clash’s Tour Manager – his first ever show in this capacity was the Trinity College Dublin gig in 1977. He went on to tour the USA with The Clash three times, appears extensively in the Rude Boy film and is the author of A Riot of Our Own: Night and Day with The Clash recounting his experiences.

Robin Banks
Robin James Banks was a friend and confidante to The Clash throughout their career. He actually went to school with Mick Jones and Paul Simonon. He established and co-edited “The Armagideon Times”, the band’s own in-house magazine. Later he wrote and narrated “The Rise and Fall of The Clash” – a film which examined exactly that.

Paul Tipping
Paul Tipping was the Trinity College Dublin Entertainments Officer in 1977 who booked The Clash to perform.

Brian McMahon
Brian McMahon, who attended the gig, is the owner and editor of brandnewretro.ie a vintage Irish pop culture and lifestyle website and book.

John Fisher
Gig attendee John Fisher had a famous punk stall at Dublin’s Dandelion Market where he also ran the infamous gigs which featured the top Irish bands of the time like U2, The Blades & The Outcasts. His attendance at the gig involved an unexpected encounter with the band.