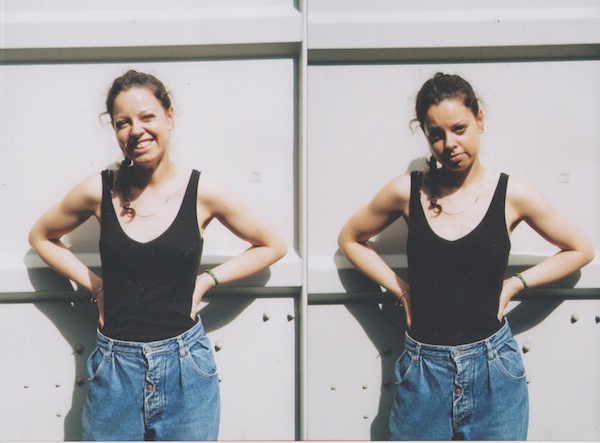 
Fans of Hot Chip’s Joe Goddard’s electronic chops and Micachu’s lo-fi wonky-pop will find plenty to like in Tirzah, a new singer from London who featured here last year with ‘I’m Not Dancing’.

‘No Romance’, the title track from Tirzah’s EP, was produced by Micachu and displays the same wobby electronic pop. The two are childhood pals and Tirzah featured in Micachu’s Boiler Room as well as the Filthy Friends mixtape (download) from 2009 under the name Taz. The music they make is quite singular. The EP is out on April 21st on Greco-Roman, of which Goddard is one of the bosses.

Meanwhile, Micachu provided the soundtrack for new Scarlett Johansson film Under The Skin.