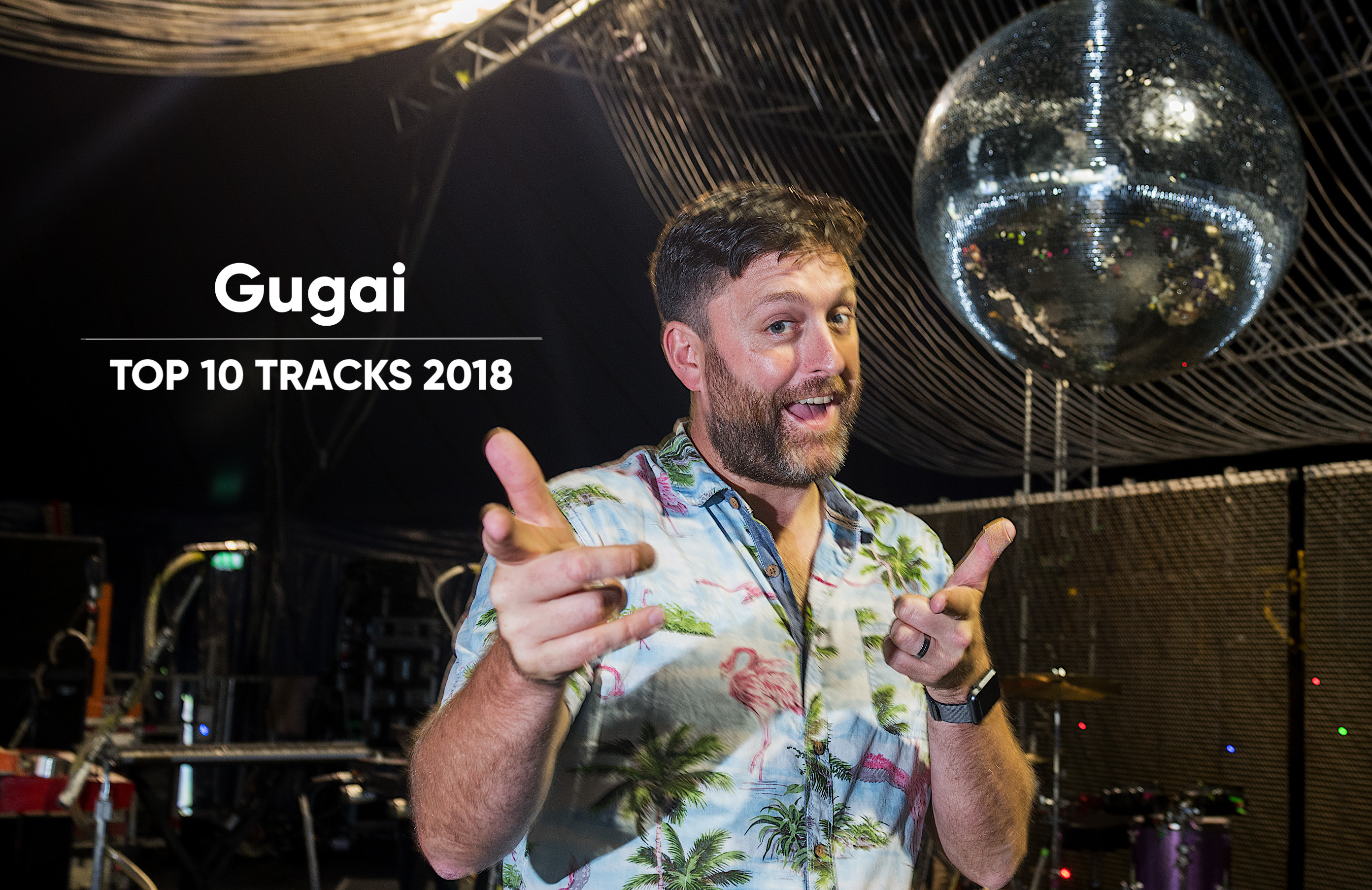 Gugai is the owner and promoter of Roisin Dubh in Galway. He also runs Strange Brew Rekkids and has a show on 8 Radio by the same name.

I work with Daithí, Junior Brother, Paddy Hanna, Proper Micro NV & Squarehead in a manager / booker / record label role as part of Strange Brew. Seeing as how my top 10 were all Irish, and five of them were Strange Brew acts (so good, though, right?|), it was suggested that I might include some international tracks as well. His own acts are at the bottom.

I would have picked Gay Girls, but then I double checked and ‘Favourite’ came out in January, so I’m going with that. Tough choice though. It feels like it’s been around longer than that – in a good way. Great scruffy, rough indie pop. And so much fun live.

8 years since the last album, right? Feels like they have never been gone. I was very sad I couldn’t make the Vicar Street show, because The Rednecks are consistently one of the best live acts I have ever seen. The whole album is superb, and hard to pick a standout track, but I’m going with Djin Chin as it was the first single and it was SO good to have them back.

The album really really doesn’t feel like a debut, perhaps because some of the tracks have been with us for a while, but more likely because it’s just such an accomplished work of art. I love this song, and the album, and live, they are just magical.

Another album it’s hard to pick a standout track from, but this is probably it for me. Or maybe not. It’s very hard to choose. So I’m not going to overthink it. Fantastic record.

Yuno – No Going Back

Yuno has been around for a while, a few scattered Bandcamp releases and the like over the last seven or eight years. He does everything himself on his recordings, from the instruments, engineering, production, artwork and even the press photos. This was his first single on Sub Pop, and it’s a one of the stand out pop gems of the year.

What a great start to 2018. I just kept going back to this, the first single from Clean by Soccer Mommy. Fuzzy indie bedroom guitar perfection.  “I don’t want to be your fucking dog”.

The debut album from Melbourne’s RBCF was one of my go to indie rock albums of the year, following some excellent EPs. I’ve only seen them live the once, back in 2016, and have been a fan ever since. The album is superb, and Talking Straight is a jangly guitar masterpiece.

There’s obviously a lot of buzz about Fontaines D.C. at the moment leading the garage rock brigade etc. I’m really loving this song. Feels like Sonic Youth meets Mark E Smith. Noisy, viserceal, clever. They are an absolute powerhouse of a live band too. You’ll be walking around with the phrase “I’m about to make a lot of money” in your head all day after listening to this.

This was the second single from the debut album from the Isle Of Wight’s 77:78, and as you might expect from a band made of two former members of The Bees, it’s a beautiful psychedelic soundtrack to the summer.

Another act I saw back in 2016 that released an incredible debut album this year was Lush from Snail Mail, not neccessarily a homage to 90s indie rock, more like a reinvention of it. Pristine was the first single from it. Perfect.

When I told a friend of mine that the new Squarehead album would be coming out on Strange Brew, he laughed and said he couldn’t really think of a band he associated more with Strange Brew than Squarehead, which I can see as we have done a lot of shows together over the years, and their music has always been a part of it. This is the first shot from an album coming out in 2019 that I feel is the best they’ve ever done. You’re in for a treat from the undisputed kings of junk pop.

Proper Micro NV – Call Me What You Want

You can easily see why Róisín Murphy has been such a champion of Proper Micro NV. His debut album is beautifully crafted, a little off kilter and never what you expect. Today, this is my standout track from the album, but, like Proper Micro NV, that changes with my mood.
Big things to be come from this guy.

Frankly, I Mutate by Paddy Hanna is one of the most remarkable records of 2018 – my album of the year, in fact. I mean, it is out on the Strange Brew label, so I may have a bias towards it, but I fell in love with it as soon as I heard it. Really hard to pick a stand out track from an album of stand out tracks, but as it’s Christmas, I’ll go with Mario Lanza, but it could just have easily been any of the other tracks on the record. Very proud to have played a part in its release.

Junior Brother – The Back Of Her

There’s something really powerful about Junior Brother as a live performer – as a solo artist, he projects a kind of magnetism that makes his shows absolutely riveting. I’ve been a big fan for a while now, and very excited to be putting out the debut album on Strange Brew. His earlier work is superb, but he’s really evolving into an outstanding artist with a clear vision, and this new single is the perfect example of it. Very unique, very beautiful stuff.

What a year Daithí has had in 2018! The live show – especially with the full band at B&S / EP – is phenomenal, but his evolution as an artist has been an absolute joy to behold. The new project, L.O.S.S., has established him as one of the foremost electronic producers in Ireland, it’s an ambitious project, collaborating with new artists while sticking to his own ever-evolving style. Very Irish, very modern. It was a close call between this and the other singles he released this year, the beautiful & haunting Take The Wheel with Paul Noonan in particular, but Sinead White’s vocals on Orange are, as ever, just perfect.