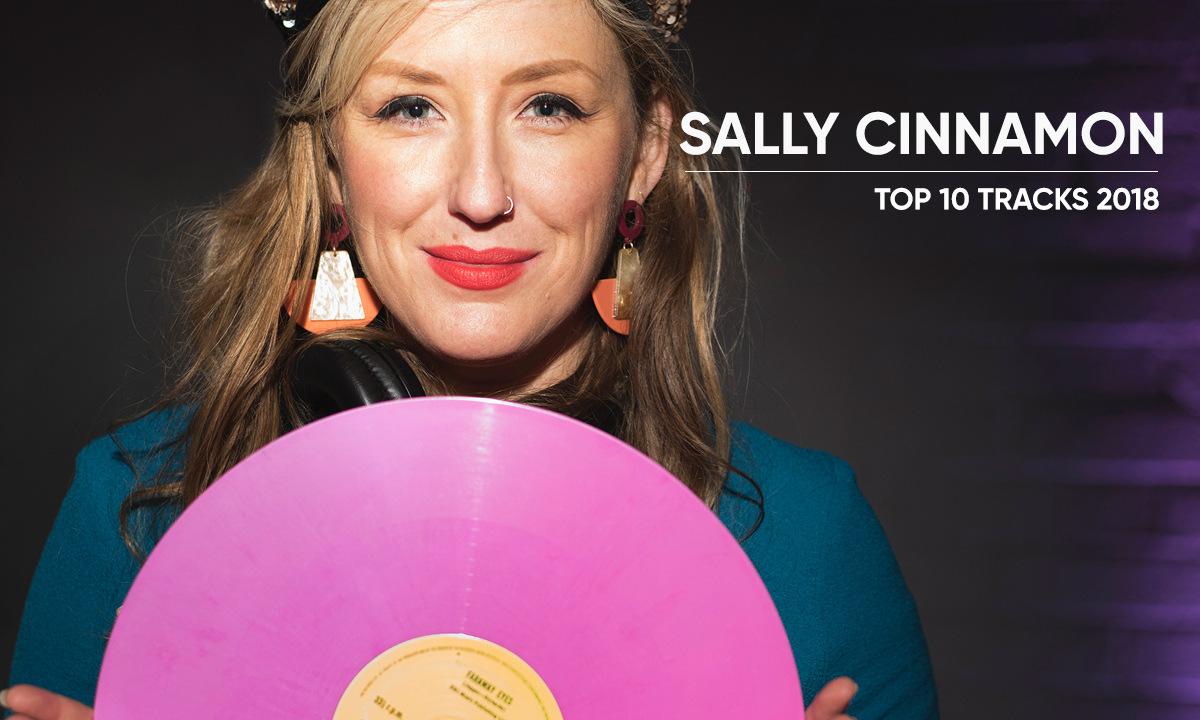 Nu Guinea return to to the scene with an awesome new EP published by their newborn label NG records. After touring the world searching for sounds suitable for their vibrations, Massimo Di Lena & Lucio Aquilina decided to go back to square one, back to their native Napoli, where they were born and raised. Their long musical journey became an re-imagination of the sounds that shaped Napoli during the 70s & 80s. The result is a synth-tastic, afro rhythm, jazz funk beaut of an EP that is all thriller no filler. The variety of musical styles and instruments is very impressive and all the vocalist are natives too. It feels like a magnificent find from the vaults and hard to believe it’s fresh from 2018. Probably the album I played from start to finish most this year.

Yasuaki Shimizu is a composer, multi instrumentalist & producer well known for his many collaborations (Van Dyke Parks, Björk, Manu Dibango and Elvin Jones). He also released several electronic music productions during the 80s, which are currently generating a lot of interest. This is the title track from a magnificently sleepy masterpiece originally recorded in 1982 and re-released earlier this year this is a serious treat from the Better Days label vaults. If you’re a fan of the timeless Mariah – Shizno No Tobria, you will love this album cover to cover. Impossibly hard to find a reissue on vinyl but available on Spotify with not nearly enough plays. Another incredible record on heavy rotashe in myY gaff this year.

Another beaut of an album start to finish from one of the hardest working Irish bands who’ve become jaded with the ever-challenging task of making a buck making music. This is apparently is their last album, and their best work in my opinion. Beautifully layered, psychedelic dream pop album that has a farewell feel for sure. A sweet, sad and sexy ode to a variety of inspirations that come through strongly. It has loads of Zappa-style 70s craic in the line of samples and general attitude. Echo-y shoegazey sway and organ-y soul. It’s buzzy, funky and heartbreaking in parts. What else would you want from a farewell album sez you?

The finest of hard working class Dublin heroes, 20 years in the game too and celebrating their 20 year brethren with a fucking banger of an album. You’d expect no less from these incredible humans to be fair. They’re my favourite Irish band of all time and rightly so. There’s no show like a Rednecks live show, you’d want an aul rubber neck on you all the same.

The long awaited debut album from Connemara’s finest Maria Somerville is coming and does not disappoint. This tune has been stuck in my head all year in the best possible way.  It’s hauntingly beautiful, achingly open. One of the most beautiful Irish vocals you’re bound to hear too which are added to layers of dreamy, lazy electronic samples with a steady pulsing heartbeat throughout. I’ve a feeling things are about to take off for Somerville in a big way. ‘Wan Ireland!

Face melting banger of the year for me. If you can make a screeching saxophone riff work in a techno track then you’ve got my vote. I lose it every time I hear it, it’s infectious yet it never really carries when you play it in a club for some reason (it’s one for the headphones, I think). I’ve learned the hard way, about 5 times this year I dropped this and didn’t quite the reaction I’d hoped for. Scarlet.

Banging out the hits all year but this was the track for me, this is an absolute tuuuuuune. Between him and Childish Gambino (can you cope with how good that video was btw??) these two dudes are ruling the world with clever, conscious, cool and buzzy hip-hop that makes sitting still really hard. If you haven’t seen Anderson Paak’s Tiny Desk Concert then watch it immediately. It’s my favourite one ever. Chops for days this lad. If I don’t get a ticket to the Olympia gig next spring there’s gonna be slaughter.

Along with Krystal Klear’s Neutron Dance, this track has got to be the most satisfying tune of the year for a DJ to play to a crowd. The sample master, DJ Koze returned this year with his album Knock Knock which left me a little underwhelmed until I heard this track. It’s so good. The sample vocal from Gladys Knight is so beautiful, it makes me sad too but then I am a sentimental old sillyheart.

If you’ve been to one too many of my gigs this year then you’ll be sick to the back teeth of hearing this track. You’ve also probably seen me singing along phonetically (yes  – she sings in Japanese!) and smiling like a dog with two mickeys. This is another on the nose crowdpleaser but Peggy Gou’s effortless cool buzz is what’s most infectious about her gigs. Along with Janelle Monae and Khraungbin’s Laura Lee, I don’t think I’d be able to cope and function in their company. Mind you, all three seem like absolute buzzers as well as top notch groovers.

Another incredible Irish album this year that is perfect from start to finish. Impossible to pick a favourite track, it changes daily. I’m still hearing something else every time I listen. It makes me so happy to see how well they are doing. I’ve seen them a couple of times this year and each show was amazing. All Together Now was particularly epic.

P.S.
Sally is currently compiling a best of 2018 playlist on Spotify here: