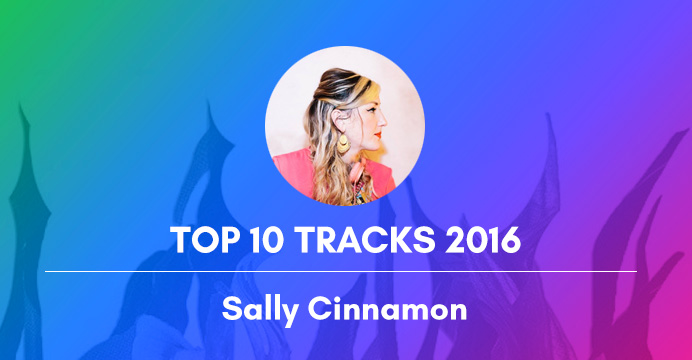 Sally Cinnamon is a Dublin-based DJ and my cohost on our newly-formed Loose Joints Podcast (Subscribe), where you may have heard some of these tracks previously.

Hope Sandoval & The Warm Inventions – Help Me Get There (feat. Kurt Vile)

Only heard it this month and it stopped me in my tracks. Two of the sweetest voices together, Vile & Sandoval are evoking all the sultry passions of Kris Kristofferson & Rita Coolidge’s Help Me Make It Through The Night. This was a late find but makes the list for me.

Such slick groove from Lower Dens, 80s synthy shoegazey pop at it’s finest. It would certainly fit nicely on the Twin Peaks or Stranger Things soundtrack this year. Check out the video if you’re in the market for a cool new girl crush.

Speaking of girl crushes, the long awaited follow up to Passenger did not disappoint. I don’t think Lisa has ever sounded stronger, he voice is sublime throughout. heard this for the first time in Clonmel during the summer in the church with the band and I got shivers. She and the band have nailed something really special here, it needs to be seen live to be believed. Her talent is boundless, she continues to blow my mind more than any other Irish female.

Although nothing else on his album jumped out at me or even sounds like this track, there’s a timelessness to this. It’s so groovy and dreamy I absolutely love it.

James Blake – Love Me In Whatever Way

If ever there was an album proving an artist is going from strength to strength it’s this one. It delivers in every way. I fell in love track after track but ‘Love Me In Whatever Way’ was my first love. He’s just untouchable.

Kaytranada and Anderson Paak stole the show for me this year album wise. I was blown away. Cover to cover this delivered entirely. Everyone I gave it to fell for it’s addictive and hooky charms. Many’s a kitchen dance I had to this, what more could you want form an album?

Genuinely cannot pick a favourite on the album. I don’t think I enjoyed an album more this year, between this and Kaytranada. It’s an absolute gem form start to finish. Whittled down to these two as they had the most number of plays, in de clurb.

Probably the track I played the most at my gigs. It’s got absolutely everything. There’s nothing else you need to say about it. It’s an absolute gem.

Yves Tumor – The Feeling When You Walk Away

Another one I loved from the opening riff. So slick, so sexy. Love this dude’s vibe even though the album was slightly disappointing considering how awesome this track is. Let’s hope he’s got more in him.

Exceptional cover of Link Wray’s 1971 track which Blau brings his own magic entirely to. Guest features include Jim James (My Morning Jacket) and Laura Veirs. It’s a choric dream from start to finish.The message is heavy and sad but there is something so joyous about it too. I know I’m gonna always love this tune.