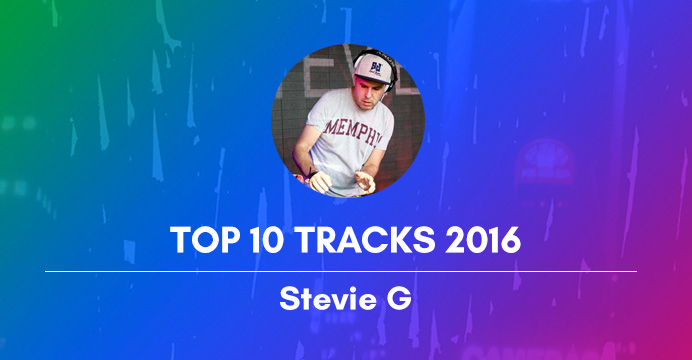 Stevie G is a Cork-based DJ who produces music with Ian Ring as aboveDat. Their third single is out in early 2017.

This album is a masterpiece in my opinion. I listen to it incessantly, and this is one of the tracks that I keep rotating when the kids are in the car, as it has no curses! The album is experimental and captivating, and this is perfect.

The Weeknd & Daft Punk – I Feel It Coming

An early ’80s throwback sounding jam that is just perfect really. The album is full of killer jams and this will be his biggest pop hit yet when it drops as a single. Love when tunes like this blow the charts open too.

People have fallen over themselves to call Lemonade a revolutionary album that re-invented black feminism. They’ve obviously not been looking too closely at soul music for awhile. Beyonce herself is still short that classic album but it’s definitely in her and this is another great jam. Solange and ‘Cranes in the sky’ was close too from an album that is easily as good.

I couldn’t wait to play this track when i first heard it. I love the Mr Fingers jam and I’ve always been a big fan of hip-hop and house colliding. The Rare earth sample was genius too. Get well soon.

Ekkah and Dam-Funk – What’s Up

Dam-Funk is a genius who seems to go in and out of fashion but he is consistently funky and prolific. If you are looking for a new Prince, he can help fill the void. This is a wonderful modern funk jam produced for his UK duo, who get extra points for the ad-libbed spoken word bits. Irresistible.

Dancehall grime vibes and a club banger. A good portion of the music I play is rooted in Jamaican rhythms; this and the massive “Tom Cruise” by Don Andre were huge. Jamaican music, grime, reggaeton and new skool afro-beat are all on point right now.

Chance the Rapper – All Night

Kaytranada helped run things this year and his own album is terrific. He produced one of my favourite singles for Goldlink and this club banger from the always impressive Chance the Rapper, plus loads of remixes. This, like ‘Fade’, was a massive festival track for yours truly.

Another artist who dominated the year. Two great albums including “Malibu” and “Yes Lawd!” (with Knxwledge), guest spots with everyone from Mac Miller to A Tribe Called Quest. Like Childish Gambino, he is not afraid to take chances either. Imperious.

Impressive album and a great uptempo anthem from Alicia Keys. Not pop musics greatest ever year by any means, but there’s still plenty of solid talented artists who operate in these realms too. She went back to the roots on this record and the roy ayers guest spot on the album is nice too. I picked the Kaskade remix

I’m a club DJ, but I try to play as mellow as possible as my favourite music is often slow burning soul. Jesse boykins joined my aboveDat project for a big dance single during the summer, but this is a more introverted vibe, and a wonderful song that should have been heard by the world