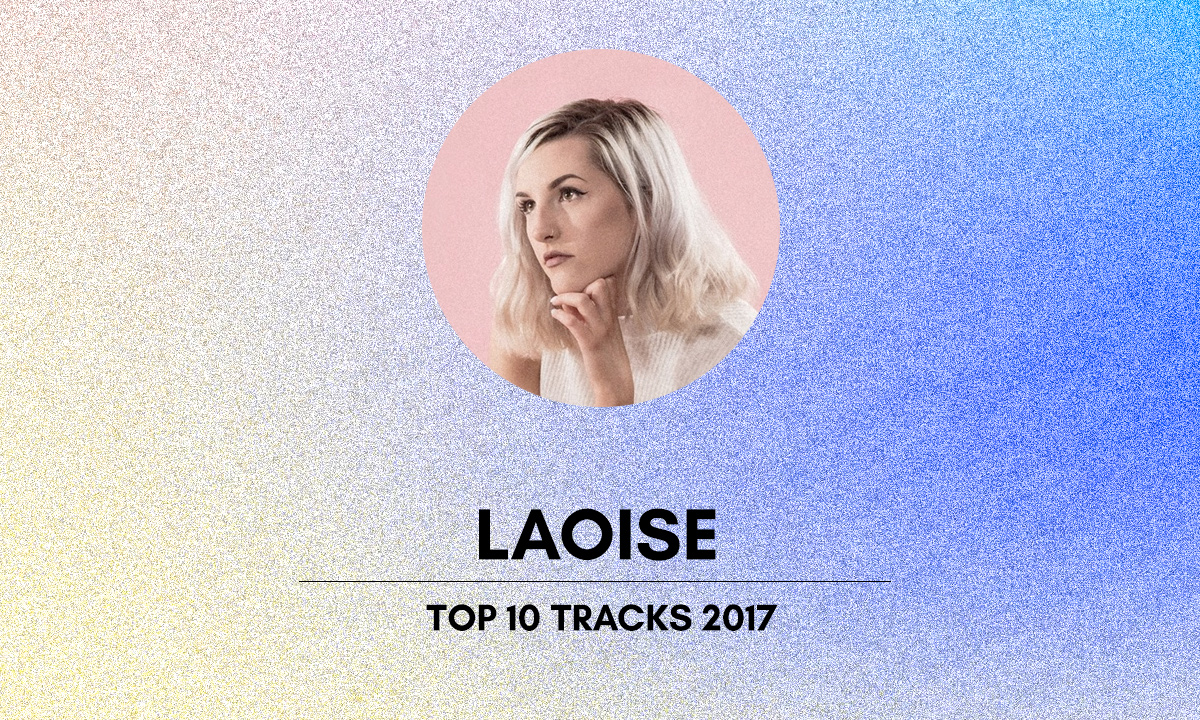 Galway electronic pop artist Laoise Ní Nualláin grew up playing violin and piano before teaching herself the guitar at the age of 11. She then started writing music at age 15. Her debut EP Halfway, of understated electronic-assisted pop, was released this year and was a regular feature on Nialler9.

One of my all-time favourite artists is Banks, and this new release is probably one of her best – can I say that? I love its play on a victorious underdog and how its music closely relates to just that; it’s triumphant.

Overcoats – Leave the Light On

I love these women so much, and this song is the best song to dance to EVER. I love Hana and JJ’s motto “Women Rule’, and their universal celebration for women holding each other up. Their live set is also a dream.

I only discovered Lauv recently but I had him on repeat the second I did. He’s a really interesting artist to watch in the studio as he sort of makes his own rules which really inspires me. I especially love this music video, it actually influenced my latest music video for ‘Rich’.

Jafaris – If You Love Me

I’m probably the hundredth person to say this at this stage, but Irish music is really thriving today. Jafaris is one of my favourite artists of 2017 and I can’t get over the production on this track. The beautiful heartfelt lyrics make the song a masterpiece.

From Sweden, Skott has to be my favourite discoveries of 2017. Even though this track was released in July of 2016, it has influenced my music massively this year. I just love how her vocals soar in this chorus, such a gem…

Dermot Kennedy’s music takes you from one world to a completely new one, one minute you’re treading lightly on acoustic guitar and the next you’re sucked into a massive Kennedy choir (lol). The raw emotion that perforates through the slick production is what made it one of my favourite songs of 2017.

This was my favourite song to boogie to all year. I got to see Oh Wonder last month in the Academy and their set was incredible, so much energy.

The stank on this track is too much. If you don’t know Mr. Jukes, you may know him as Bombay Bicycle’s Club former front man, Jack Steadman. He began this soul project on a cargo ship, where he set up a studio (I KNOW, SO COOL) and wrote the album’s first song ‘Typhoon’, but ‘Somebody New’ has to be my favourite from the album.

I’m sure Sigrid is a new favourite for many in 2017, and for me too – I think what makes her stand out so much is her powerful vocal delivery, her voice is so unique and you can tell she feels every single word she sings, that’s why I love her so much.

Hailing from Wales comes electro-folk Greta Isaac, and if you’re unaware of her, you’re in for a treat. Hearing this track for the first time I could feel each hair on my body stand up, and its deft music video really bolstered that. I’ll just say you’re welcome now.