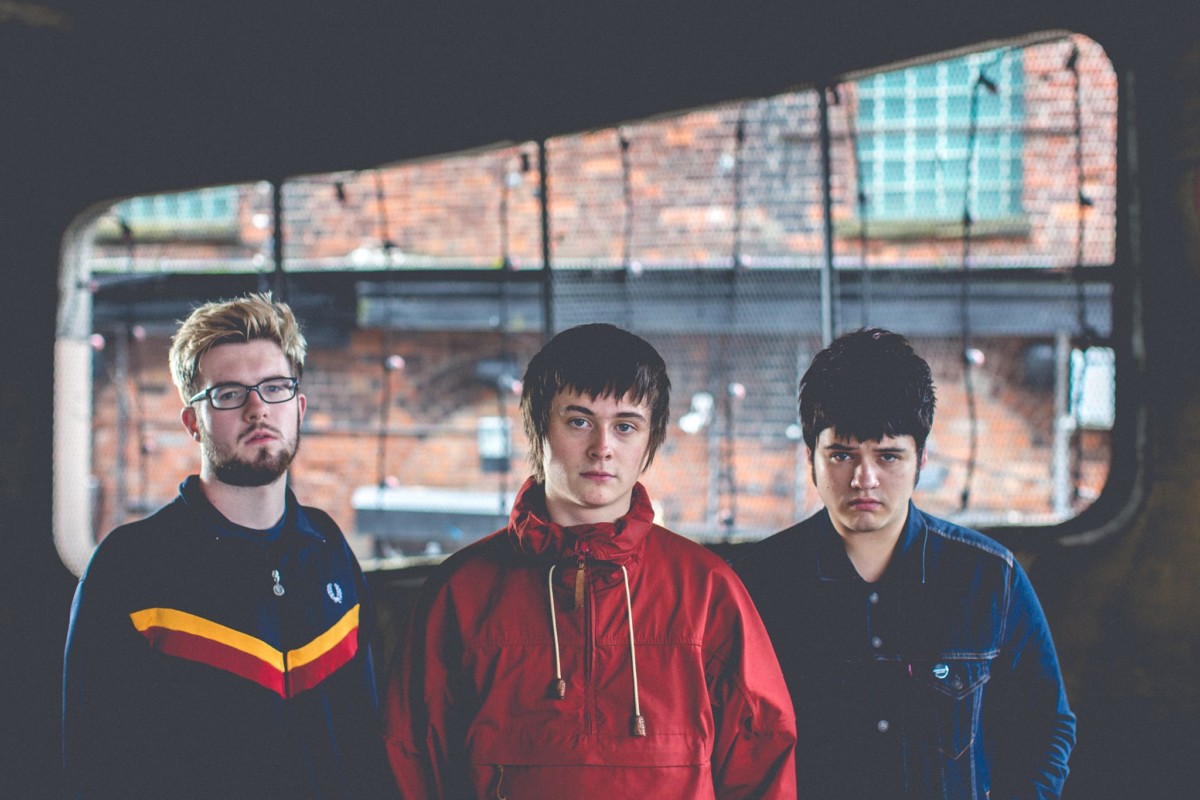 Premiere: Paul Alwright’s fears go under surveillance in the video for ‘Seeds of Doubt’

That is a statement taken from Touts’ bio that the band have, over a short space of time, proven otherwise.

The punk-rock band’s name alone is enough to draw attention, while many may associate touting as the act of buy and selling tickets with the intent to make a profit, for Derry natives Matthew, Jason and Luke the word represents something different and is intrinsically of their hometown.

“In Derry, a tout is like a supergrass,” says Jason. “It is the worst thing you can be. The ultimate insult is to call someone a tout. I remember running around the playground when I was younger and if everyone was calling you a tout you would genuinely be upset by it. I think that is why we picked the name because it was such a heavy word. It’s not quite a curse word but it is such an insult that it hits you to be called it.”

In the last year, Touts have supported with Liam Gallagher, Paul Weller, Blossoms, played Electric Picnic, Other Voices and were one of the nine chosen Irish artists to travel to Texas for the South By Southwest music showcase, to name a few accomplishments that may seem unlikely for a band with a lead singer still attending school.

“When you’re shaking Paul Weller’s hand I think it’s a wee bit difficult to think that nothing is happening, there is that bit of a kick up the arse,” Jason notes. “At the same time, the ultimate thing is just getting on stage and playing.”

Coming from Northern Ireland, that gave life to such bands as The Undertones and Stiff Little Fingers, it may be hard for these boys to avoid comparisons to what has come before them, considering their acquired style of music. But Touts are a band who are aiming to break away from such associations and make their music their own.

“We don’t consciously try to sound like them,” Jason offers. “I think more recently we are trying to make sure that we are not looked at as an Undertones copy. That is not what we want to be. No offence to The Undertones they are one of my favourite bands but we don’t want to be the Derry punk band again.”

When it comes to the songwriting process, Touts take on an approach where every member is included in the process.

“It’s a very easy-going way of writing music where we all go into a room together, it’s not one person who is leading it,” Jason explains. “Matthew will have his guitar part he likes the sound of and Luke will say ‘I wrote these lyrics the other day why don’t we try it’ but when everything goes into the melting pot, we have a white board and we’ll scrap things, change things, add this. It’s fully open where everyone is adding something. I’ve never had an experience like it.”

With releases to date such as ‘Political People’, ‘Sold Out’ and ‘Bombscare’ it’s hard to avoid the notion that politics is a common thread within their music but this is not soley what they are about.

“There are a lot of political changes happening at the minute and part of how we try and figure them out is by writing about them. I think it’s the times that have inspired our songwriting, rather than writing about politics for the sake of writing about politics,” Jason offers. “If we were writing songs at a different time when there was less happening, like during the Celtic Tiger or something, ‘the good old days’ there’s no problems to write about in that sense.”

They may have shown their political side of late but Jason ensures that this is not the only thing that inspires their music.

“We have songs about sex toys in there. We have a song about a fat friend that enjoys Mars bars, even a song like ‘Saturday Night Scumbag’ is about fighting with bouncers on a night out and how rough a night out can be if it goes wrong, it’s not all political.”

Touts may be only beginning to tell their story and represent who they are to the world a year since the band formed but they are already planning on releasing an album.

“We’re working towards it at the minute we will probably do another EP or two maybe a few more singles in preparation but an album is definitely on the cards.”

For now, you can catch them live at The Grand Social on Saturday, March 24th. Tickets priced at €8+ are available now via Ticketmaster.ie.

Premiere: Paul Alwright’s fears go under surveillance in the video for ‘Seeds of Doubt’