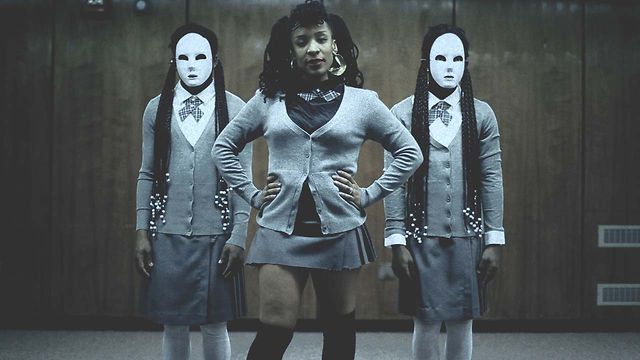 New York vogue rapper Zebra Katz’s ‘Ima Read’ is a minimalistic club track aiming its menacing beat and vitriol at an unknown enemy with an unknown beef. Released on Mad Decent’s Jeffries label wing at the start of the year, the song and its superb video is spinning back around again with remixes from Grimes, Azealia Banks and this new Tricky one which amps up the beats and atmosphere replacing Njena Reddd Foxxx with Three Six Mafia’s Gangsta Boo and Tricky adds some threatening lyrics of his own. Free download: