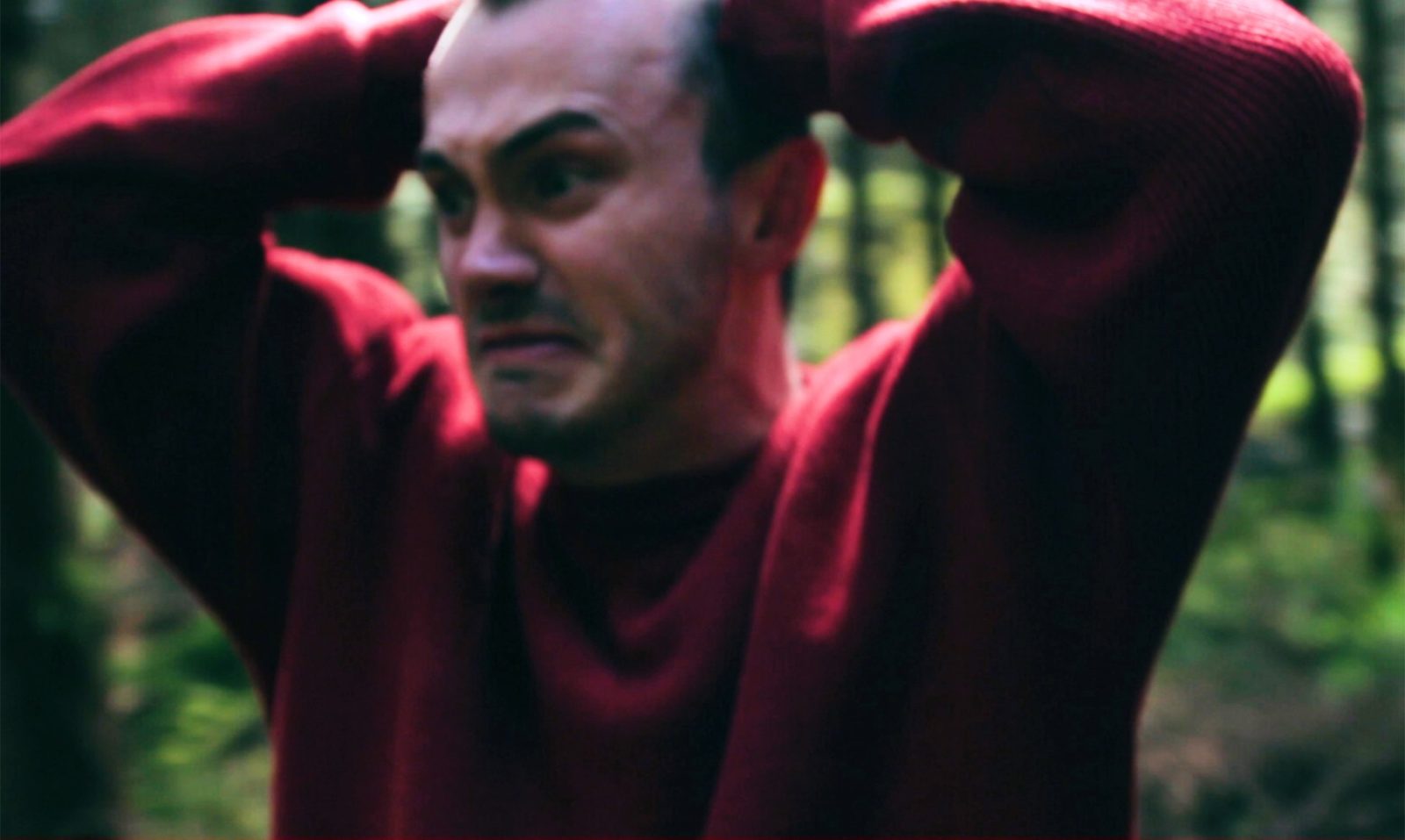 Following a busy couple of years of gigging around the country and periodic EP releases, 2019 was a relatively quiet one for Donegal-originating psych/trip-hop multi-linguists Tuath. Taking a break from a run that included year-end-list placements, and high praise from the like of The Thin Air, the project took downtime for writing and refocusing, ahead of what looks to be the opening salvo of a varied and vital body of work in 2020.

Return single ‘Pay Your Taxes’, (stylised as ‘PaY yOuR tAxEs !!!’ pre-release) is a move into noisy, nearly industrial post-punk territory, referred to with a wry, meme-riffing grin by Tuath frontman and songwriter Robert Mulhern as ‘doomer metal’. In referencing all things noisy and related to the genre, the outfit has recruited none other than Limerick agit-popper Post-Punk Podge himself on vocal contributions, a kindred spirit both in terms of DIY ethic and radical sociopolitical leanings.

Speaking on the inspiration for the song, Mulhern speaks of the dissonance that social media has helped create in modern culture, and in particular its effects on politics and public perception. “All I have to say about this track is that it’s the first of a batch of what I am calling “Rorschach music”. I decided that I couldn’t be arsed writing metaphors, and ever since everybody became a celebrity through social media nobody is different anymore, everybody has to feel the same experiences and fall in line. The big tech companies dictate what culture is, they even distort what we see and hear, to the point where it’s become a live feedback loop changing our outlook on life and how we live it, its code of conduct becomes ours and so on, with no democratic means to change it.”

When quizzed on the writing and creative process behind the song and its accompanying video piece, Mulhern reaches for a pair of cinematic reference points to flesh out his social commentary and set the scene for a critique of the outgoing Irish government, pointing at its use of social media across various campaigns. “I wrote ‘Pay Your Taxes’ as sort of an homage to Being John Malkovich but conceptually mixed with (John Carpenter social commentary) They Live,  particularly the scene where he finds John Malkovich-land and enters it himself. He responds with utter fear and madness, as all he can do to express himself is scream his own name. I feel the same powerless dread, every time I wake up in the morning… We are told to be good little citizens. Social media posts that say “welfare cheats cheat us all” are flagellated on social media, social media which is using Ireland as a tax haven, while there is a homeless crisis going on. It makes me just want to scream in absurdity, the fact that we can’t even change it, the fact that we use the poison that’s poisoning the well to poison ourselves so that we are numb to it, because we want this numbness.”

While the single is a suitably chaotic return for the outfit, it augurs for a similarly hectic 2020, with staggered single releases and extended-players in the pipeline, ranging from the band’s now-established psych-rock explorations, to a body of accompanying satirical works. “‘Pay Your Taxes’ is my “Malkovich!”, and the EP that it’s from, ‘The Fuckening’, which will be out in drips and drops over the year, follows the same suit. We are releasing a string of videos + EPs this year; one balmy, radio-friendly EP full of love songs that are taking the piss out of themselves; one psych EP, and whatever the fuck this bullshit is.”

The video for ‘Pay Your Taxes’ is available for streaming now in the widget above, with the single itself available across digital streaming services shortly. For more info on upcoming releases, check Tuath’s Facebook page.

The Road To The Great Escape is coming to Dublin, here’s what you need to know about 10 of the acts