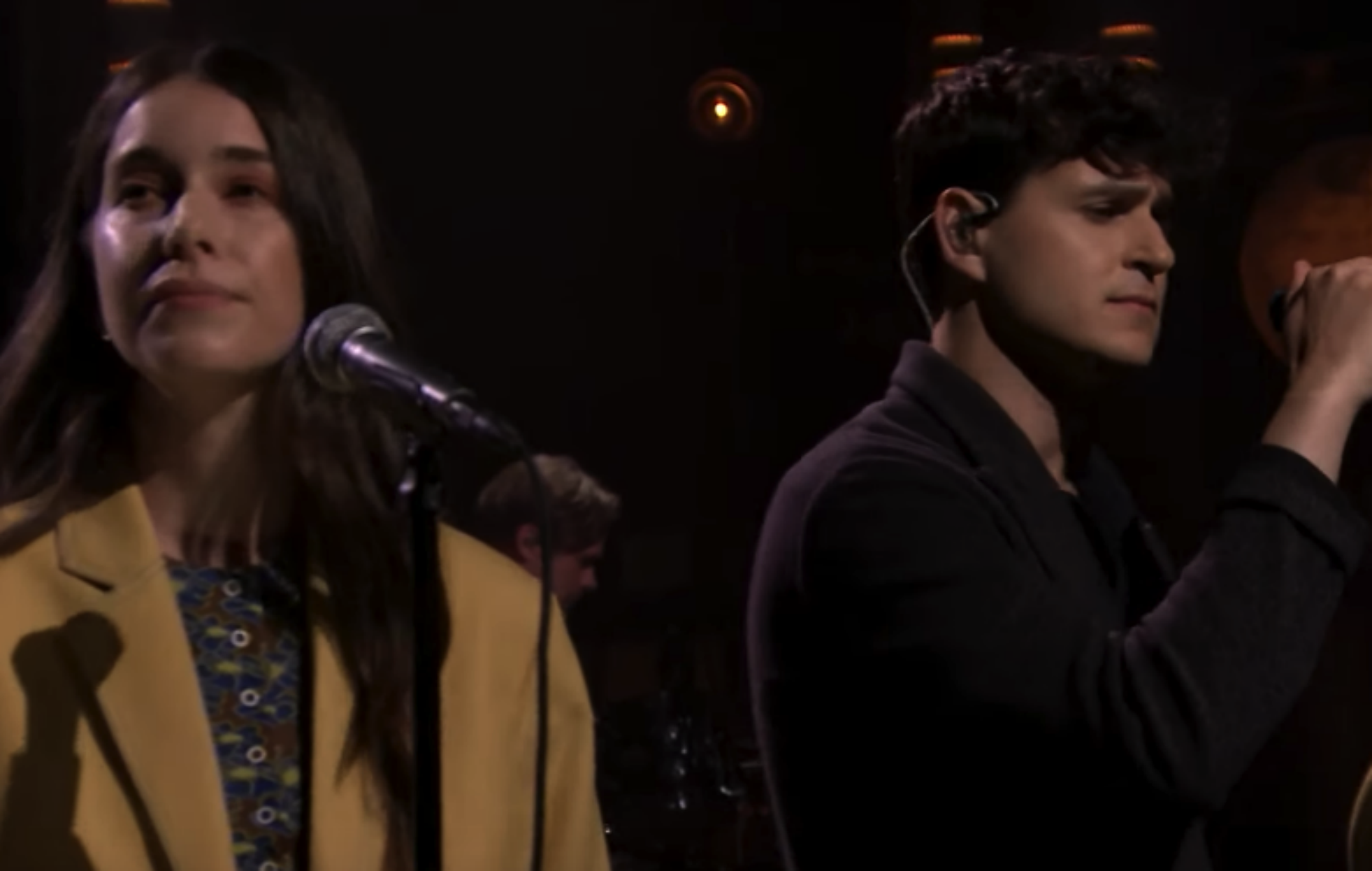 Vampire Weekend team up with Haim on The Tonight Show With Jimmy Fallon to perform two of their new songs from their new album Father of The Bride.

All three Haim members join the Vampire Weekend on the chat show to perform two songs ‘This Life’ and ‘Jerusalem, New York, and Berlin’.  Vampire Weekend’s new album was discussed on the podcast last week.

The new album featurings collaborations with Danielle Haim who features on three tracks on the album, with Steve Lacy appearing on two songs. Ludwig Goransson, known for his work with the Black Panther Soundtrack and Childish Gambino is also credited on production alongside Mark Ronson and Ariel Rechtshaid.

This is the band’s fourth albu, their first in six years after Modern Vampires of The City. It’s their first album to be released without songwriter and producer Rostam Batmanglij after he left in 2016.  We included the album to our list of the best new releases last week.

The New York band will be headlining The Summer Series Festival at Trinity College on the 1st of July.

Premiere: Tribal Dance get active in their new music video for ‘You Can’t Swim’