Kobina, the Irish producer based in Amsterdam, continues to release material from his 4 Poems EP.

The premise of the EP, suggested by the title, is four songs written around four poems. Kobina then took these four poems to vocalists and artists he wanted to collaborate with and expanded upon them. We premiered ‘Does It’, which featured The Sei, on the site early last month.

Today we’re premiering the audio and visual for ‘Shogani’, which features vocals from Berlin-based Obskur Mond.

The track, according to the artist, “deals with trying to contend with mental health struggles and finding solace in another.”

It’s world-building audio, bathed in ambience and nuance. The vocals are split, one voice organic and the other dosed in an autotune. Both parts play against one another, a mirroring of the outer persona we project and the inner one that we feel.

‘Shogani’ eludes exact genre, though inspirations aplenty sound throughout. There are definitive classical contemporary vibes in the slow-burning, evolving key and synth sounds – more interested in the collective feeling they build than the individual parts. Obskur’s vocals recall Bon Iver, while the arrangement feels rooted in the world of dance music.

Here’s the original poem on which ‘Shogani’ is built. 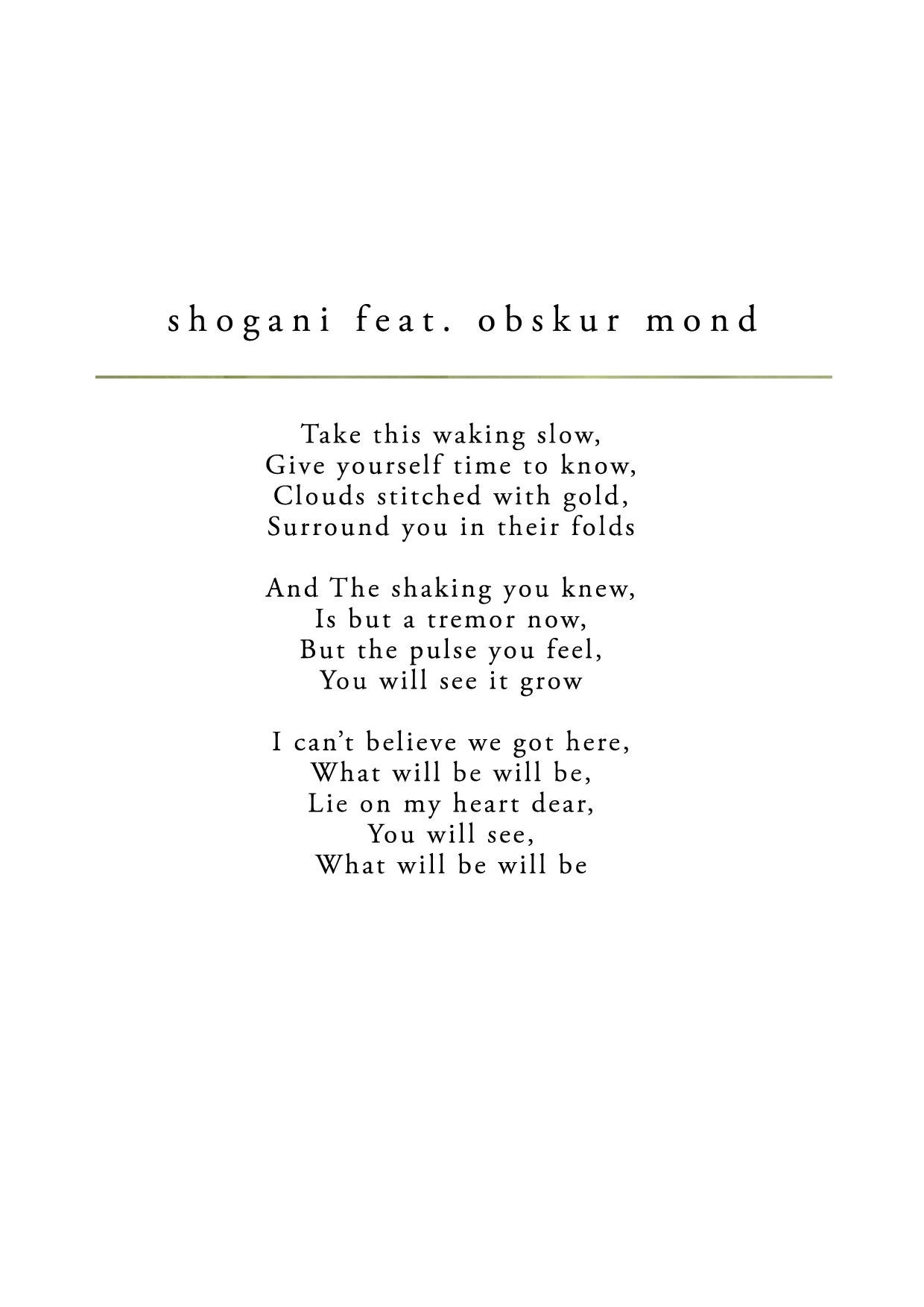 The video for the track presents a striking open-ended narrative. Directed by Elena Horgan, the visual is built from over 1000 images shot individually on 35mm. That last detail accounts for the warm, nostalgic feeling that blankets the entire thing.

The video was the winner of the recent First Cut competition.

Watch Vampire Weekend and Haim perform together on Jimmy Fallon