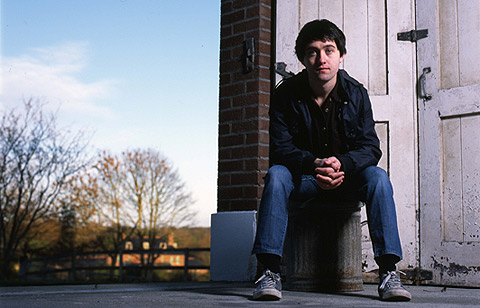 More new The National – ‘Afraid Of Everyone’

A busy week for Conor O’ Brien this week as Villagers can be seen live on Later with Jools Holland tonight at 10pm during the live show and Friday’s recorded broadcast. On Saturday, Conor will be playing Road Records at 5pm for Record Store Day as well as releasing a 7″ vinyl of ‘Becoming a Jackal’.

‘Twenty Seven Strangers’ is the B-side of that 7″ and it also appears on the album Becoming A Jackal out on Domino Records on May 14th in Ireland, 24th in the UK.

Watch videos of Conor playing ‘The Pact (I’ll Be Your Fever)’, ‘Pieces’ & ‘Becoming A Jackal’ in his house:

Notes: This is newly recorded so differs from the demo that MP3hugger posted waay back. Photo of Conor in his house by Rich Gilligan.

More new The National – ‘Afraid Of Everyone’