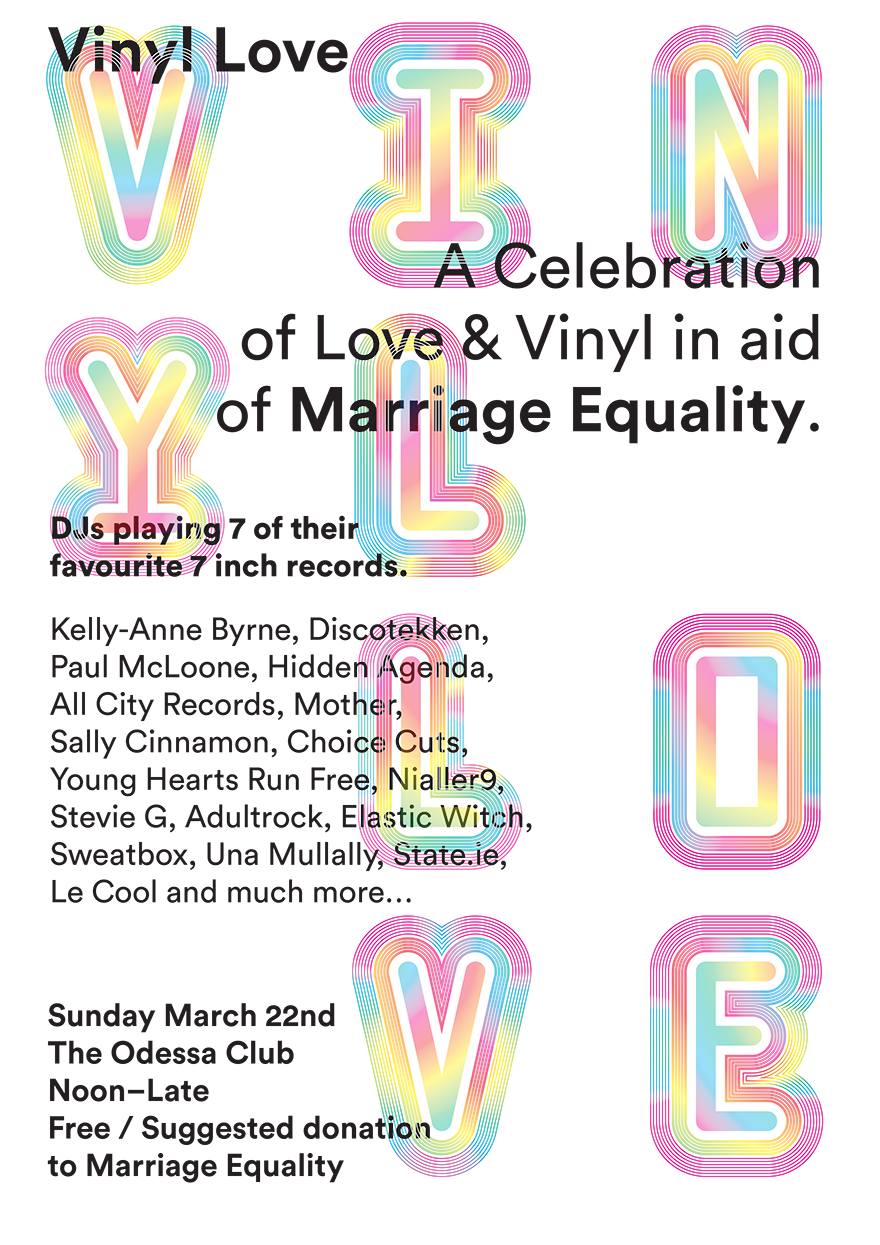 Vinyl Love is an idea started by Stevie G who ran it at the recent Quarter Block Party.

The idea is simple: DJs playing 7 of their favourite 7 inches all day.

I thought the day looked like fun so I asked him could we do the same in Dublin, except this time for a special cause. The Marriage referendum is taking place on May 22nd this year and I wanted to do something to raise money for Marriage Equality.

Having just got married myself, I think it’s unjust, unfair and indecent that two people can’t get married because of their gender/sexual orientation and the Marriage Referendum is our opportunity equalise that right for all Irish citizens.

So, Vinyl Love is a celebration of love and vinyl taking place two months before the vote on Sunday March 22nd on the rooftop of the Odessa Club. We’ll go all day from noon til the early hours of Monday morning.

There will be over 20 DJs and music lovers lining up to play 7 of their favourite 7 inches including:

Entry is free with suggested donation on the door. All money raised will go to Marriage Equality.

If you can’t make it you can donate directly.

Poster by the awesome Ronan Kelly.

The Tallest Man On Earth for Vicar Street show