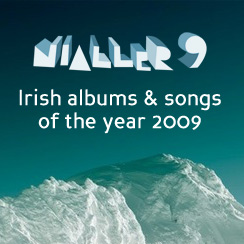 It’s been another great year for Irish music in my estimation. Releases from ASIWYFA, David Kitt, BATS, Julie Feeney, Prince Kong, Valerie Francis, SEBP, Twinkranes, Patrick Kelleher, The Holy Roman Army, Channel One, Mail Order Messiahs, Hunter-Gatherer, Legion Of Two and Adrian Crowley have all been keeping my stereo warm. What about you though?

For the 4th year in a row, the Nialler9 Irish album poll is back. As with last year I’m also asking for your favourite songs. Get some inspiration. There will be prizes this year, chosen at random for people who enter their choices which include a) Two packs of Irish albums released this year thanks to Lakota, b) a signed Marina and the Diamonds Mowgli’s Road 7″ and c) An Osaka records swag pack.

Here’s how the poll works:

So what’s it gonna be?