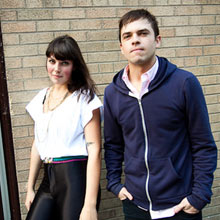 What follows is four pages of my personal picks for artists I’m looking forward to hearing much more of in 2010. Featured artists include RUBIK, Baby Monster, I Am the Cosmos, Two Door Cinema Club, May 68, Sam Amidon, O Emperor, Manus Goan, Jay Electronica, MNDR, Surfer Blood, Lonelady, a host of Box Social-related artists and more. Enjoy. 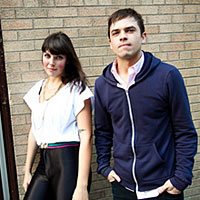 Practically unheard of before CMJ in October last year, Derek Miller and Alexis Krauss’ punky take on lo-fi dance-rock made an impression with many at that festival. The fact that they are currently working with Diplo gives me hope that they can turn these rough demos into something that’ll translate equally room-shaking yet less abrasive on the ears (i.e – something you can actually play in a club). 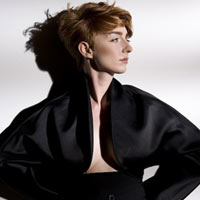 There’s nothing like getting an album, feeling a bit repulsed by it all but finding yourself listening to it out of intrigue until inevitably, you end up loving it. This is my relationship with Lonelady’s music. What intrigued me about Julia Campbell was her voice which sounds like strains of every major female singer of the last thirty years: Patti Smith, Alanis Morrisette, Bat for Lashes and countless others throughout. I still haven’t figured out who she most sounds like which is one of the reasons I keep listening to Nerve Up, her debut on Warp Records released on February 23rd.

The other reasons are the taut, muscular guitar riffs placed very much in post-punk angular territory and the ’80s production aesthetic which sounds like it was beamed in from 25 years ago. Indeed, the arrangements are played at a strange frantic pace as if the tape she is recording to is due to self-destruct at any moment. 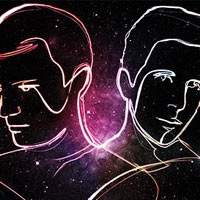 Mystery is in right now which explains why there’s no information on who exactly Monarchy are apart from the fact that there are two of them and they are from London . Apparently, they will reveal themselves this month (edit: revealed on Popjustice to be a band formerly called Miike). Right now, the tunes are meaty synth-pop/affairs with electro and disco touches. They’ve also remixed Penguin Prison, Fyfe Dangerfield, Marina and the Diamonds and Master Shortie.

As with last year’s hits Marina and Ellie Goulding, they get their first release through Neon Gold on February 1st.

MP3: Monarchy – Black is the Colour of My Heart (demo) 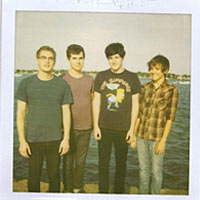 Another CMJ buzz band, Surfer Blood hail from Florida and their sound is indie-rock with strong melodies through and through. Add elements of surf-rock and Weezer in the mix too. You’ll have likely already heard ‘Swim (to Reach the End)’ and ‘Floating Vibes’ so here’s another cut from their debut which gets a release this side of the world this year.

While it’s unfair to lump artists into a box or scene that probably doesn’t formally exist, The Box Social as a scene or collective serves a purpose. A hub of avant-garde, experimental, electronic. lo-fi and weird-pop music based in a the house on South Circular Road, Dublin occasionally hosts gigs where these musicians play to a like-minded crowd. There’s an air of anything-goes to the events: from doo-wop sets to live film scores to whatever happens really. You’ll be familiar with Patrick Kelleher and Hunter Gatherer already but there are a host of other artists worth investigating in more nascent stages. School Tour, Angkorwat, Catscars, Children Under Hoof, Ewa Gigon, Laura Sheeran, Hulk , and many more. Get Myspace-hopping.

Karl’s got you covered on loads of Box Social stuff. As Does Pascal.

Here’s a short “deleted-scenes” collage about The Box Social.

The best of Nialler9: September 2010 edition