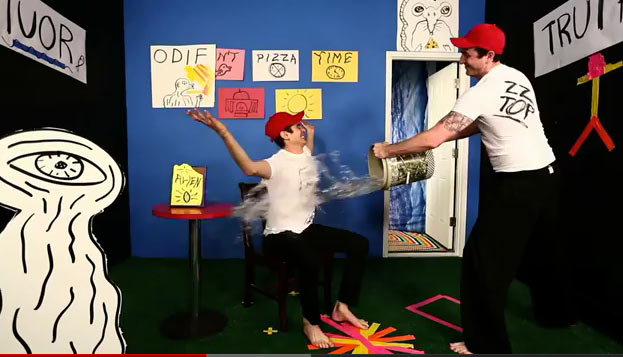 Great concept for a video. Dan Deacon’s ‘True Thrush’ gets a video inspired by a drawing and memory Chinese whispers style-game.

For the video, Dan and Ben filmed a simple 13-second scene. That scene was then shown to the next team. After seeing the video that team had 1 hour to recreate it — characters, props, set, costumes, and actions — as close to exactly as possible from only their memory.

Thanks to Astonishing Sod for the heads up.