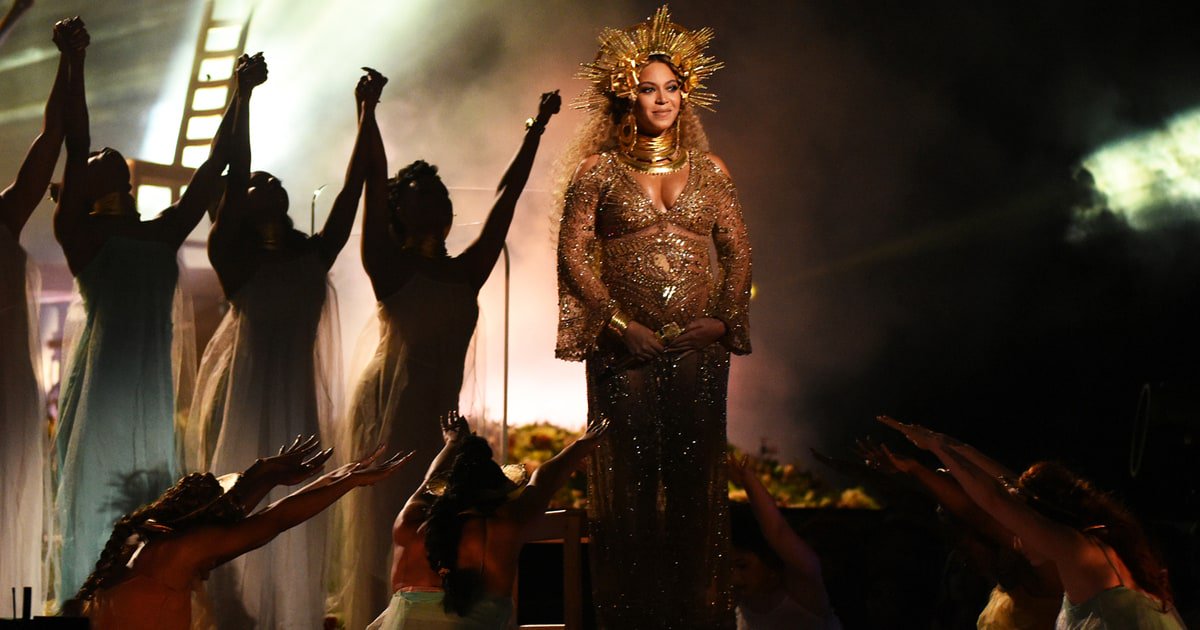 The Grammys took place last night and the winners list is here, though it must be said, the Grammys have repeatedly shown themselves to be culturally irrelevant in the winners of the awards. Adele’s OK album winning over Beyoncé’s for album of the year continues the problem that a black artist has in winning one of the night’s major awards. Frank Ocean just refused to enter his work and explained why yesterday.

So the awards are establishment-lead trash but the live performances are what keeps people coming back. There were 16 performances last night and here are the most notable ones:

Chance The Rapper’s performance was a highly-charged medley from Coloring Book complete with choir, Kirk Franklin and Tamela Mann. Chance won Best New Artist and this is how he accepted.

Chance The Rapper on stage with Kirk Franklin and Tamela Mann at the #GRAMMYs 2017 pic.twitter.com/nTHfZgfGxT

A Tribe Called Quest performed ‘We The People’ (with some bits from ‘Award Tour’ and ‘Can I Kick It?) with Anderson .Paak, Busta Rhymes and Consequence. Busta called Trump President Agent Orange, they brought American Muslims on-stage and Q-Tip called the crowd to ‘Resist!’.

A Tribe Called Quest perform with Anderson .Paak, Busta Rhymes and Consequence at the #GRAMMYs pic.twitter.com/Kz35sUTEs7

A heavily-pregnant-with twins Beyoncé delivered the most visually-arresting performance of the night with some slow Lemonade cuts.

Beyonce's full performance at the #GRAMMYs 2017. You're welcome. pic.twitter.com/VRGRt3esEQ

Bruno Mars’ did a tribute to Prince with Morris Day and The Time (a band that Prince played with and formed in school) – ‘Jungle Love’ was played too but isn’t in the video. Mars did ‘Let’s Go Crazy’ is a Purple Rain-era velvet suit and it turns out he can slay on guitar:

The big winner of the night – Adele performed a tribute to George Michael that was she restarted as she was off-key. Performing ‘Fast Love’ she slowed the song down to a craic-less coma level cover that could have been so much more. She also performed ‘Hello’ at the start and acknowledged that Beyoncé should have won the album of the year trophy (the Grammys do not have a strong history of giving big awards to black artists).

Adele's tribute to George Michael at the #GRAMMYs 2017. pic.twitter.com/uDHL4wDyqf

The Weeknd performed with Daft Punk

DP dressed as Glam Darth Vaders. They are very good at standing around behind equipment (it’s unclear if they did anything).

Metallica and Lady Gaga – Why?

Gaga couldn’t have fallen from the top further with this shit show pairing. Hetfield’s mic doesn’t work for most of it, Gaga trips. Why?

Lady Gaga performs "Moth Into Flame" with Metallica at the #GRAMMYS pic.twitter.com/qvi55f6WKZ