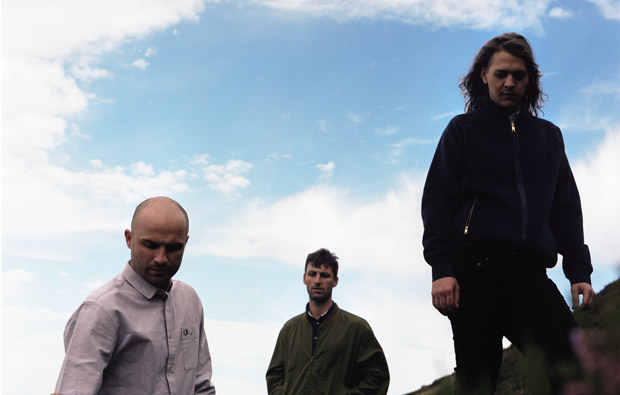 Darkstar’s second album News From Nowhere was released on Warp Records a couple of weeks ago and their brand of cerebral electronica further moves into a warmer places, exuding a closeness not previously heard. They’re playing Button Factory this Friday (win tickets below) and James Young (that’s him on the left) told me some of his favourite songs recently. He’s clearly a good man as he choose ‘Temporary Secretary’ among his choices which also include Girl Band’s Blawan cover.

What three songs/albums from other artists inspired your new album?

Arthur Russell – ‘Arm Around You’

The House Ghost remix of ‘Give up The Ghost’ by Radiohead

At the moment I’d have to say Actress.

A song in your live set that gets the best reaction?

Our new version of ‘Gold’ usually gets a good response, we’ve reworked it to fit in with the new material.

I thought the Girl Band cover of the Blawan tune ‘Why they hide their bodies under my garage’ was pretty amusing. (From QUOMPILATION #3)


Your first vinyl purchase and why?

‘ Common People’ by Pulp because I loved the video.


An album you’ve been recommending to people?

Moodymann’s I Got Werk EP

Darkstar play the Button Factory Saturday night. To win tickets email [email protected] with DARKSTAR as the subject and your name and phone number. They will only be used for communication with the winners.

The 25 best tracks of the month: January

The 25 best tracks of the month: February