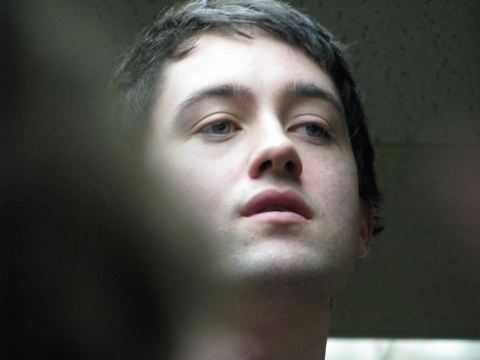 Because good stuff happened and you should know about it.

Record Store Day in Dublin was a huge success on Saturday from what I saw. Last year’s attendance was about 10% of this year so it was good to see that vastly improve. Kudos to Tower, Road, City Discs, Freebird et al for giving the day a bit of care and attention. In Tower, I caught Heathers, Hooray for Humans, the last ever set from Story of Hair who split up mid-week and got one of those awesome DOOM masks that were floating about. In Road, I caught a wonderful set from Conor O’ Brien aka Villagers (above) who stood on the counter in the shop and belted out some new songs. I also got my hands on one of the limited 100 copies of the Road Records compilation which is quite good indeed. Lovely stuff. After a couple of sneaky pints in Grogans, we tried to catch Jape but there was no way we could get into the shop at ten to set time. FAIL.Great day though.

Later on, Aoife organised the Guilty Pleasures food party. Just go to her blog and look at the food including yes, The Daily Spud’s Potato Milkshake.

The music was also under the guilty pleasures banner and thanks to Spotify, some Phil Collins, Spitting Image, Shirley Temple, Kylie and Jason, NKOTB, Rolf Harris, George Formby, Yello, R Kelly & loads of other cheesy, novelty music. Rick is a true selecta.

It’s hard to believe we went out after all that.

Hands up who likes hip-hop? Yeh? So where were you when Theophilus London made his Dublin debut then? Not a whole lot of people in Twisted Pepper but hipster rapper Theo played one of the more idiosyncratic hip-hop sets I have seen for a while. Some proper crooning and early 90s “jack your body” type moves were in full effect. Definitely catch him on his return. He should be massive. Apologies for the shakey camera work during the video of Theophilus’ rework of Amadou and Miriam’s ‘Sabali’. Blame it on the food ().

Video from Cork where Theophilus didn’t seem to have the best time, according to Twitter:

Also debuting over the weekend was this great tune from Major Lazer courtesy of Diplo and Mad Decent. It features Santigold and Mr. Lexx. Surf Rock Ragga indeed.

The 202s also debuted the video for ‘Ease My Mind’.