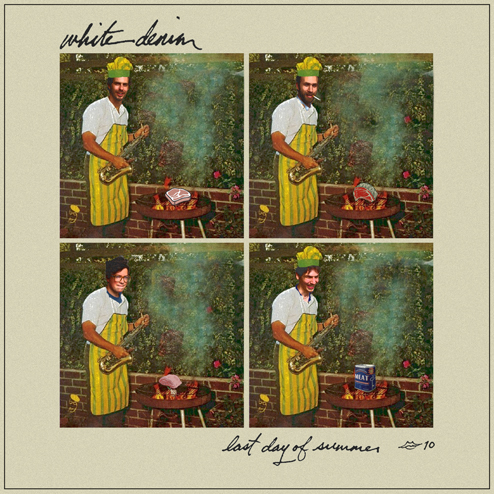 Last Day of Summer is the impromptu new record from Austin’s White Denim which the band released last week. The release serves as a stopgap while we are waiting for their third album. These songs are also from those sessions. It was released via their website for free or you can send a donation to the band to help pay for upcoming tours and the third album costs. The title of the record is a suitable one as the album is bright, breezy and a bit softer than their usual style.

Here’s a couple of sample tracks: