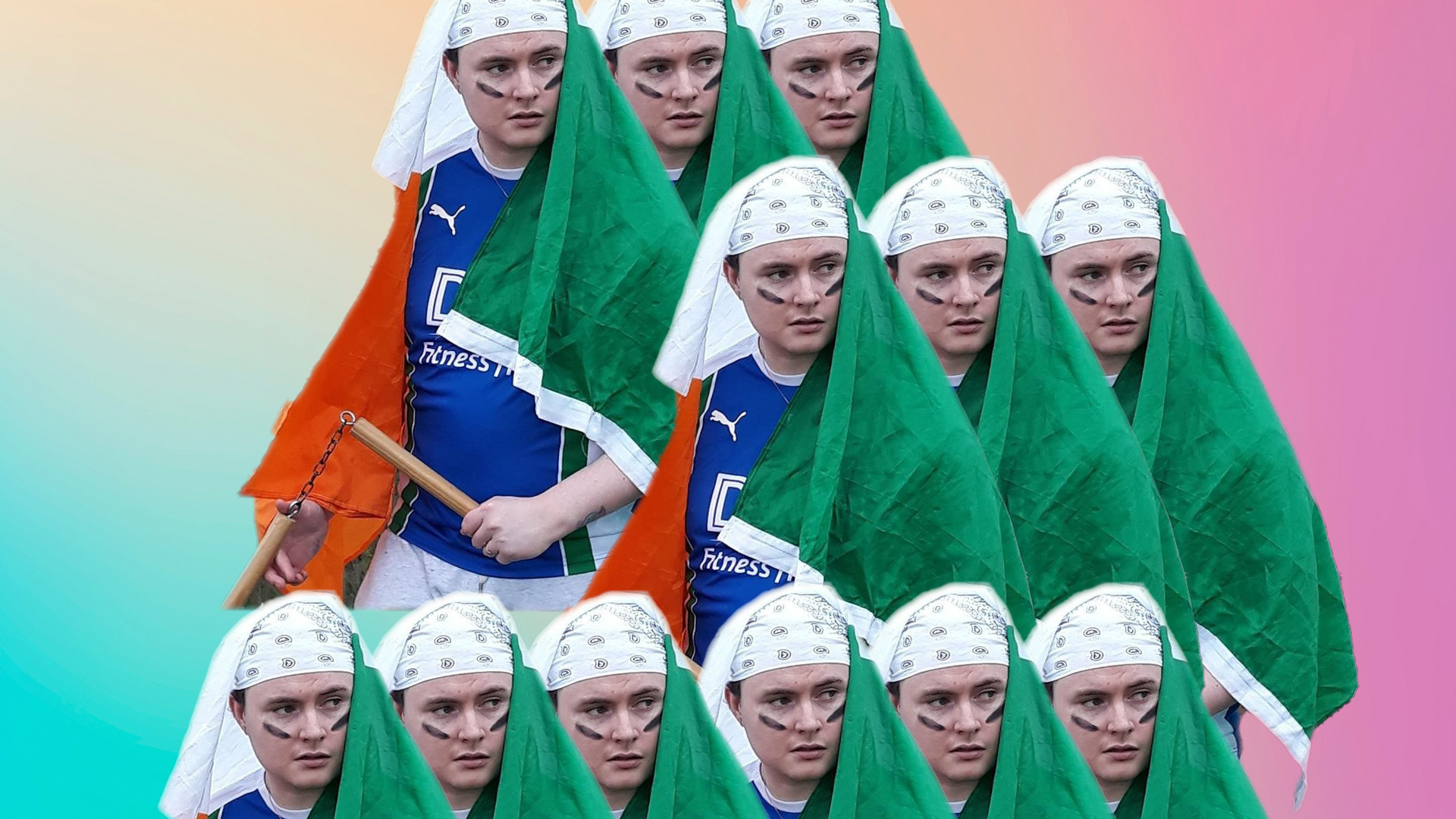 
It was going to happen eventually. It had to. Everyone’s been talking about this. Shots have been fired in all directions since beef kicked off a few weeks back between this parish (bar its Southern Correspondent, hopefully) and one Craic Boi Mental, a rapper, producer and online agent provocateur from Cork City, with a knack for lo-fi production, and an innate ear for an inescapable hook.

This morning early, those in the know were eagerly standing by for the release of latest mixtape Cork City Anthems, by far his most polished work to date. Online feuds with this organ and District Magazine (since squashed) aside, Craic Boi Mental’s relentless work ethic and deeply idiosyncratic style have won him many admirers from Irish hip-hop’s inner circle, drawn equally in recent times for his DIY production prowess, as for the heroic feats of online tomfoolery that brought him to wider notice.

This camaraderie has resulted in appearances on the new mixtape from drone-tone wordsmith Invader Slim, Dublin rapper Fynch, and producer Fomorian Vein, among others; while recent online accolades have come from none other than Blindboy Boatclub, an early influence, grime figurehead Mango along with a Kojaque diss track. Meanwhile, a video for leadoff single ‘Ná Caitheamh Tobac’ is nearing completion, directed by Humans of the Sesh/Somewhere in Ireland man Brown Sauce.

As unrelentingly odd as he is, though, he’s not been without love all along: hip-hop veteran Rob Kelly (a one-time collaborator) and trailblazing skratchologist Naive Ted have publicly been accounted for among his fanbase.

Craic boy mental releases a mix tape. One of the oddest and most creative artists in Irish hip hop. Talented lad who gets overlooked because he uses comedy in his music https://t.co/EjzPmfd1n7

1)
This fella is a hook machine

2) This tune with Fynch is outrageous! As is Popstar.

3)
This tape is so flames, I… in the year of our lord 2019, am this into a mixtape, that I’m listening on poxy Datpiff. The best named website on the World Wide Web https://t.co/NUFTSdxCq9 pic.twitter.com/4idl9AkjAK

The first question that comes to mind for those just introduced to the manifold wonders of Craic Boy Mental and his many aliases, is usually ‘is this lad for real?’. And it’s within this uncertainty that he’s put down roots in Cork hip-hop, not so much debuting, as simply manifesting himself online, in the middle of 2015. Under the moniker of Dudewithswag, he inexplicably dropped an EP with vocals recorded entirely in a reedy, accented falsetto, and shooting Movie-Maker-calibre videos from his family home.

Infusing the emergent ‘lo-fi hip-hop’ phenomenon so prevalent in online circles at the time with a recognisably Corkonian sense of scut-acting that has closer mirrors in the likes of Nun Attax and Sultans of Ping than anything in current Irish hip-hop, TAFKA Dudewithswag proceeded to relentlessly troll online listeners with increasingly belligerent, hyper-real takes on hip-hop tropes across countless online releases and arbitrary (and almost always unprovoked) acapella diss videos.

From there, a multitude of seemingly-baffling personae have emerged from the young lad’s frame, populating a comic-book-esque universe, referred to interchangeably as #PreciousPosse, #RoyalBoyzGang, #8HourBoyz, etc.: bragadocious King Flora, barely-verbal rapper Sulk Boi, lofi popstar Oscar Benso (below), and truculent banterLAD Yung Gowl are among but a few of his creations.

The differences musically are subtle, but a gift for zero-resource performance art has emerged and made itself apparent over the years, honed by a consistent and very real work ethic that’s seen Irish rappers and memelords alike take him to heart. This has perhaps best been seen in recent times with the cult Leeside success of ‘Polos is Life’, a heartfelt tribute to his favourite impulse consumable.

It’s mad to look at all of this happening in a four-year span, though it’s oddly fitting, with a production style that takes the accelerationist aspect of vaporwave and other online microgenres. into heavy consideration when taking a mirror to certain elements of Irish hip-hop.

And his journey has brought him together with his wife, known Leeside as singer and choreographer Kalikah, who together comprise lo-fi pop duo WhipMental. The duo have even documented their honeymoon around the cities of Europe, for a series of music videos to go with their debut collaborative tape.

Theirs is an odd but engaging story: one that flourishes in the lines between performance/conceptual art, on-the-button Irish humour, and a very real love of hip-hop and its cultural tapestry.

Craic Boi Mental’s “debut” mixtape ‘Cork City Anthems’ is streaming at the top of this article, and available for download exclusively from Datpiff.

An interview in District today is required reading, and Dublanders can catch him in all his glory at Yamamori Tengu, for Good Name, on March 28th.

Already know what it is, lads.