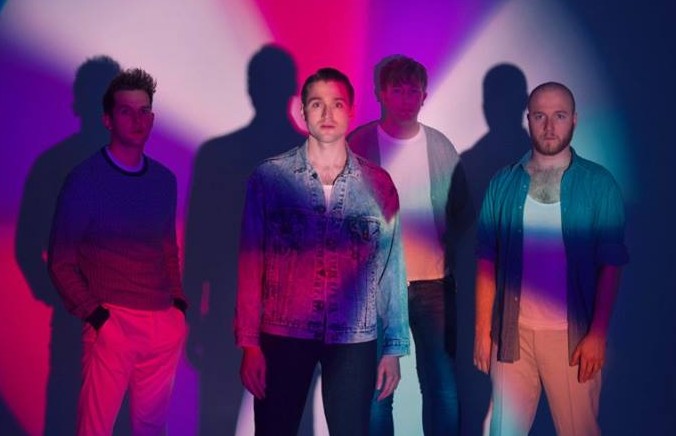 Sounds from a Safe Harbour is a new festival taking place around the city of Cork from September 17th to 20th. put together by Cork Opera House with a lineup curated by Bryce Dessner of The National.

Already set to feature the likes of The Gloaming, Julianna Barwick, My Brightest Diamond, Sam Amidon, a collaboration between Lisa Hannigan and Aaron Dessner, Valgeir Sigurðsson, Amiina and lots more as previously announced, today the festival have added Wild Beasts to their lineup. The band will headline Cork Opera House on Sunday, September 20th.

On a personal note, I’m pleased to share the news that Nialler9 is curating a music trail around the city that weekend which will take place in various venues and pubs owned by Benny McCabe including the Rising Sons brewery, Bodega and more.

The confirmed lineup for the free music trail which will take place in the afternoons, evenings and late-night during the festival includes Slow Skies, I Am The Cosmos, Rusangano Family, Somerville, Bantum, Talos, Shookrah, Conor Walsh and Vinyl Love with more to be confirmed. Artists from the existing lineup will also be playing these music trail shows.

Soundings from a Safe Harbour – Lisa Hannigan and Dylan Haskins’ podcast turned live show will welcome Bryce, Aaron and Jessica Dessner in the unique setting of a Bonded Warehouse down on the Port of Cork. The show happens in three sections – the first is stories to inspire, then stories to alarm, and finally stories to humour. Each section is bridged by a song on those themes.

Cork salad king Rocketman will host a food area at the Bonded Warehouse which will include Cork food, food trails and special dining experiences.

The Glucksman will present a week long exhibition of the mesmerising seascapes of renowned Japanese artist Hiroshi Sugimoto. The exhibition will take place in one of the interior chambers of the historic observatory on the UCC Campus, evoking the connection between tide and moon, sea and stars.

A screening of Matthew Ritchie’s ‘Monstrance’, which is scored by Bryce Dessner and features Shara Worden (My Brightest Diamond).

‘Sail to Sirius’ – Saturday 19 September. A vessel will leave Port of Cork with 40 souls, bound for Sirius Arts Centre in Cobh. On board, the seafarers will be treated to a live performance by Landless before alighting at Sirius for lunch on the venue’s veranda, overlooking Cork Harbour. This will be followed with a double billed performance by Rainwear and Sirius Arts Centre’s artist in residence Nad Spiro.

Cork’s own Alex Petcu-Colan will present a percussion programme in CIT School of Music’s Curtis Auditorium with a programme entitled WoodMetalWater with the Bangers and Crash Percussion group.

Craig Carry of Fractured Air is teaming up with Filter Cafe for an exhibition of work created in response to the festival programme.

Cork Concert Orchestra and the Lords of Strut will also play over the weekend.

Some shows are free, some are ticketed and you can buy a ticket for all shows all at the Ticket section.

Check out the Fractured Air mix to coincide with the news:

A Safe Harbour Vol. 2 ﻿[﻿A Fractured Air Mix﻿]﻿ by Fractured_Air on Mixcloud