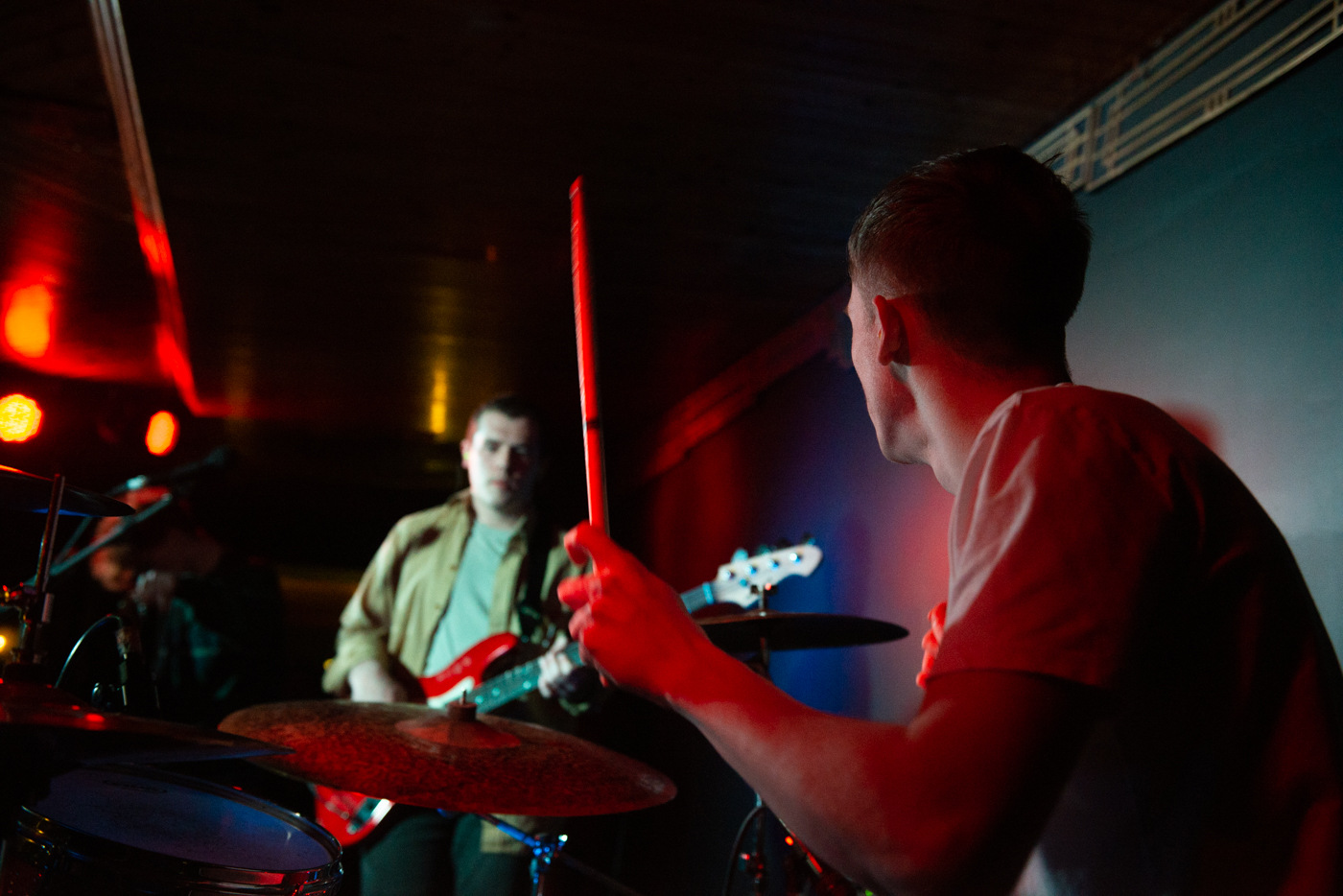 Ireland’s national reputation and cultural output are in part defined by the art its citizens have produced.

So it’s strange that a nation with a reputation so entwined in its own artistic output seems so unfamiliar with it at a governing level.

I often laugh at the term struggling artist, especially in the context of Ireland. The adjective is as off the mark as it is dismissive. Here in Ireland, artists “struggle” at all levels. Last year, David Kitt announced he could no longer afford to live in Dublin, a part of a widening problem in the city for all citizens.

A combination of narrowly-focused funding schemes with entry stipulations that intrinsically favour certain demographics and disciplines, laughable rents and a scarcity of venues with often impossibly strict licensing laws makes life as a musician in Ireland an attritional battle of will that many eventually loose.

Dublin indie rock group Otherkin mentioned this only recently on the site during an interview with us, just before announcing they would be breaking up.

The band explained that

“There’s a constant humming concern about money to keep the band and yourself afloat and there’s very little in the way of support out there. Working in the arts is a little bit of an outlier employment-wise; musicians don’t usually get holiday pay, they don’t typically have pension plans and the idea of ‘job security’ doesn’t exist. We do it because we love it and that sustains us, but if you do it because you want to make money then you’re barking up the wrong tree.”

The above is all too common. For many, it’ll read like a trite reassertion of a truism. Yet, there exists still a significant portion of the Irish population which is totally ignorant, willfully or otherwise, to the very real struggles musicians and artists face when trying to make a career out of their talents. So it’s worth stating again.

Perhaps that is why the Department of Employment Affairs and Social Protection’s official announcement that they would be continuing and expanding upon the Social Welfare Scheme for artists and writers was greeted with such positivity amongst the community here.

The scheme, which was beta-tested for 100 artists last year, is now open for application to a grander scope of artists across a broader range of disciplines.

This “breathing space” initiative entitles artists who qualify to a year of welfare assistance “allowing them to focus on their creative output.” (Source)

The pilot scheme and this subsequent expansion is fronted by the Creative Ireland Programme , a relatively new five-year government initiative to help artists receive “the opportunity to realise their full creative potential” (Source).

The artist welfare initiative should be welcomed, as any assistance should be. However, once you begin to dig a little below the headlines, a substantial body of problems arise.

The first is that of optics.

It is typical of a government that lacks the foresight on interacting with its artist community that the artists who qualify should have to be engaged in what is essentially a special branch of the jobseeker’s allowance.

While the incoming funds will absolutely be of use, essential in some cases, the fact that artists should essentially have to register as unemployed to qualify is, to my mind, more than a little condescending.

It’s a perception issue for sure, one that might seem petty in light of the service the initiative will provide, but state funding of artistic talent shouldn’t come under the umbrella of  dole or unemployment. This not only reinforces the “get a real job” narrative, it also places artists directly in line with the ire of an already public exasperated with what they perceive as the misallocation of their taxed salaries.

This initiative should come in the form of a subsidiary, or a brand new grant scheme. Self-employed artists (a stipulation of application) should have their own special recognition in Revenue’s eyes and should be treated accordingly. These aren’t money hungry artists looking to scrounge off the system, these are people who add invaluable worth to Ireland’s cultural makeup needing some assistance in the budding stage of their careers.

As the Welfare’s own document on this scheme says:

In order to qualify for the scheme, professional artists must apply for and satisfy the qualifying conditions for Jobseeker’s Allowance including a means test. They must be unemployed, capable of, available for and actively seeking work. Applicants are also required to provide a certificate/declaration from their professional body as to their status as a professional artist. They must be registered as self-employed with the Office of the Revenue Commissioners and at least 50% of their income should be derived from their art in the previous year. Participants on the scheme can continue on a voluntary basis to avail of the supports of the Department of Employment Affairs and Social Protection’s Public Employment Service.

The scheme also presents some arguably difficult barriers to entry for artists. Here are its stated rules:

Rules
In order to qualify for the Social Welfare Scheme for Professional Artists on Jobseeker’s Allowance you must be aged over 18 and under 66. You must also:

Each and every artist who is to apply must be registered as self-employed which is not the same as unemployed (can you be both at once as the Welfare’s own rules state?  Is this a philosophical question?). Many artist survive from second or third jobs, often in the retail or service industries. Many of these will be not registered as self-employed, so they will sadly miss the cut for now.

A subsidiary-style scheme which would help reduce the hours artists have to work in secondary forms of employment, thus increasing the time they have to create, would again probably be a more realistic fit here.

A letter of recognition from the medium’s representative body, for musicians it’ll be IMRO, officially recognising the artist is also required. This seems like common sense.

However, the fact that at least half of the self-employed artist’s recorded revenue from the year previous has to have had come from their art form is the real kicker. (Source)

Half is exceedingly high. With minimum wage coming in around €10 per hour. Even an artist who worked a meagre 10 hours a week  in the previous year on the side would have to have made €4,800 through music to qualify. Factor in how many gigs are paid cash in hand or otherwise off the books and you begin to grasp the issue.

This will especially disadvantage MCs, DJs and any other musician who might often be paid in cash from a promoter at the end of a night’s gigging.

The idea of 12 months as a timeline seems like a PR stunt as much as a practical timeline. Long enough to satisfy artists but short enough to reassure the sceptical public that the pesky artists won’t be suckling off government’s breast forever.

A project-orientated subsidiary for new and yet to be established artists, like the ones already available via the Arts Council for established artists, seems like a wiser decision. One in which the process of recording an album, mixtape, covering a specific tour or a project along those lines is covered in full or in part. While issues of bias in selection and inspection would arise from this approach, these could be vetted and optimised with enough time and effort.

One more benefit of a specific project-based subsidiary would be that it would probably help net-benefit more artists. Many of the albums, projects or tours which would be funded might not require 12 months to complete, therefore freeing up more space for more projects or submissions to be accepted.

This isn’t to damn the entire Artists Welfare Scheme. As said before, it’s welcome news and I for one am glad the government are taking real steps toward supporting our artists.

However, like so many other Irish public expenditure projects (Ireland 2040, the new children’s hospital, the cross-city Luas lines), once you begin to read beyond the headlines the cracks begin to appear all too quickly.